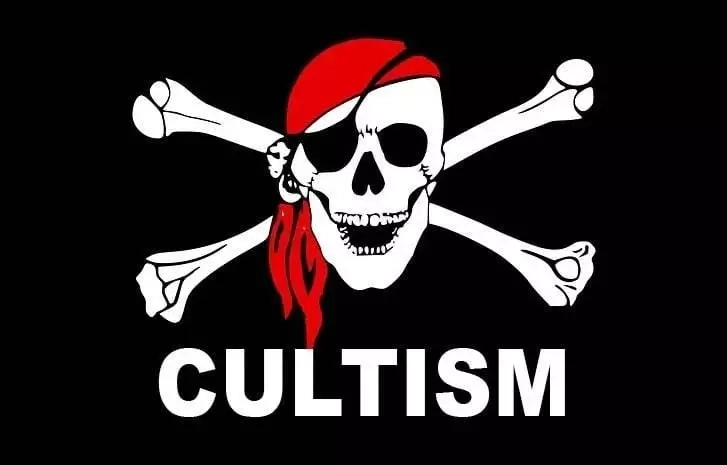 Cultism is a serious social problem in Nigeria. This article will discuss the causes of cultism, and how it can be combated to help alleviate this issue.

The word “cult” comes from Latin words meaning “followers of an individual”. There are many different types of cults, but we will focus on Nigerian cults. We’ll start by discussing what leads people into these groups, then move on to why they stay there for so long even though they know that the group is bad for them.

Cultism is a serious problem that has been affecting Nigerian society for many years. It creates division and nurtures hatred among people in different parts of the country. Some experts argue that cultism can be traced to political instability in Nigeria since independence from Great Britain in 1960.

But this article will focus on how it manifests itself today, as well as what causes it.

Nigeria is a country that has been plagued by violence and corruption. As it is the most populous black nation in Africa, many people are looking to Nigeria for hope, but this hope has not come with success. The causes of cultism in Nigeria are complex and deep-rooted.

Cultism is a serious problem that has been affecting Nigerian society for many years. It creates division and nurtures hatred among people in different parts of the country. Some experts argue that cultism can be traced to political instability in Nigeria since independence from Great Britain in 1960.

Causes And Consequences Of Cultism In Nigeria 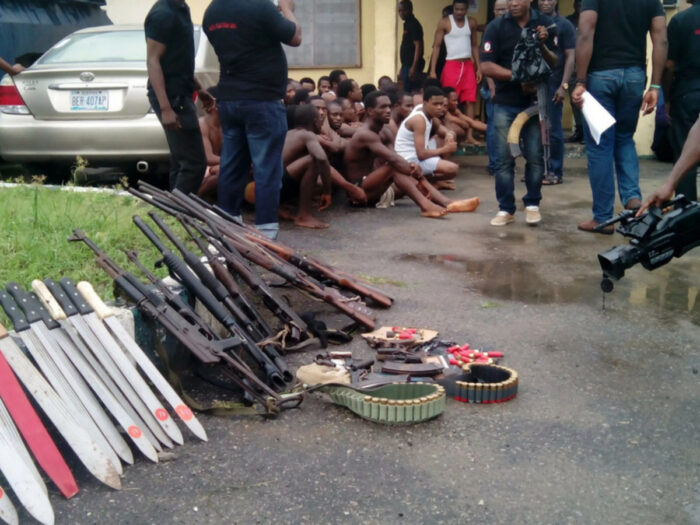 Cultism has been a key issue in Nigeria for decades. It is the act of violence, extortion, and intimidation by one group towards another. In recent years it has become more violent and deadly due to the increase in weapons available.

Cultists are often seen as rebels or vigilantes who have taken up arms against an unjust society, but they are also criminals that take advantage of opportunities created by poverty and inequality to make money through illegal activities like kidnapping, robbery, and drug trafficking.

This post will explore what causes cultism as well as how it affects people on both sides of this problem. To read more, click this. 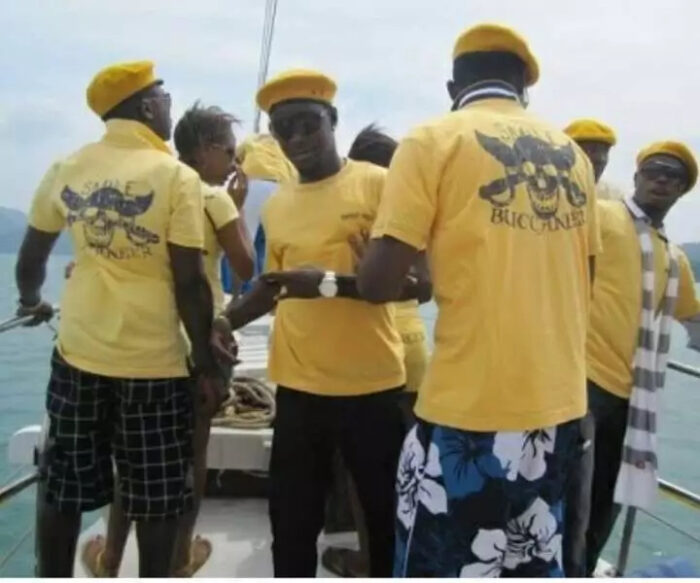 It is not a secret that Nigeria has been struggling with cultism in the tertiary institution for years. These schools are now turning into what can be described as cesspools of cultism, violence, and crime.

The Nigerian government has done very little to curb this problem that is posing a serious threat to national security, democracy, and development.

In Nigeria, many tertiary institutions are being infiltrated by cultism. Cultism is a serious problem that has been increasing in the past few years and it’s not only affecting students but also teachers and other staff members as well.

It’s important to know why this is happening so we can try to stop it before it becomes an even bigger problem. To read more, click this

Causes of Cultism In Nigeria

The following are some possible causes of cultism in Nigeria;

1. Use of Cultists by Politicians

Politicians all over Nigeria have a way of using cultists as thugs to help them with their dirty work.

They often use these followers for many things including ballot box snatching, destruction of election materials, and assassinations too! These politicians are the ones who finance most cult groups for personal reasons like getting rid of political opponents or gaining more power themselves.

Unfortunately, this tactic has been affecting so much that it’s even in our schools where kids can be brainwashed into joining one group by another student only because they share similar interests (or food).

This is why we need people willing to speak up about how wrong this type of behavior is before everyone believes what some politicians may tell you without thinking twice.

With the pressure of economic demands, parents are unable to dedicate enough time and attention to their children.

Their lack of parental skills has led some students who have been deprived of adequate home training to become cult members or join a cult during secondary school or tertiary institution as they need a connection that is not available at home.

As a result of some parents’ neglect, their children are more vulnerable to joining cults. This is because the young people have likely been unable to develop any moral values or discipline and feel that they can behave however they please since no one will stop them.

Parenthood has become an excruciatingly difficult experience as parents struggle to communicate with their children and vice versa.

Communicating closeness is essential for effective parenting, which can be frustrating if it’s nonexistent or only present momentary because of fear-based compliance.

When a child leaves home for school or lives at the campus, that compromise becomes freedom in choosing how they live their life.

However when these freedoms are abused by indulging too much on one side (for example drugs), then this balance begins to shake just like any other doomed relationship between two parties who have been living together but no longer want each other around anymore.

Peer Group Influence is another major cause of cultism peculiar to young people.

This negative influence on university students, in particular, can be seen as they socialize with each other more than others their age.

Through this process, both positive and negative influences are bound to happen; most from good family backgrounds end up joining the wrong group or even becoming a part of one themselves due to associating too much with those who have bad intentions for them.

Influence goes a long way in changing both the mindset and behavioral patterns of individuals.

Those who are influenced by cultism will find it difficult to break away from the circle as they become addicted to habits like drug abuse, clubbing, or gambling which make breaking free more challenging with people threatening them when things do not go their way.

Some have even been killed while denouncing membership because of fear that someone higher up on the power chain may retaliate against them for taking such action.

For some people who have been victims of harassment, assault, or bullying, and for those with a painful past, cultism provides an outlet to take their pound of flesh.

With the help from fellow members in terms of charms, weapons, and human resources like bodyguards that assistance is easy since all they need do is wait until the perfect time arises where revenge can be swiftly taken as it becomes possible without much work on behalf of themselves.

There are many reasons people join cults; however, they all have one thing in common.

They say that the initiation process can be a type of “rite of passage” for members to toughen up and develop new skills.

Participants might learn how to use weapons or drugs which helps them escape their mundane lives by transforming into something more dangerous within weeks through these substances.

While there are multiple factors at play when someone joins a cult, those who participate seem to come out with newfound traits like toughness and meanness towards life’s problems-something anyone would want if they were feeling down on themselves!

A person with emotional instability can be lured into cultism because of the sense of brotherhood and family that they find within. Individuals suffering from depression or melancholy often join these groups to make friends, get away from their problems for a while, and feel protected by others who are just like them.

A sense of loneliness can be eased through interaction with others. Individuals will engage in activities such as drug use, gambling, alcohol consumption, and sexual adventures to find peace within themselves.

Loneliness also can lead to cultism. Just like depression finds solace in adventure, so does loneliness find succor among friends – but not always the kind of friendship that’s beneficial.

Friends have great influence over each other just like peers do and unfortunately, most people are victims of such circumstances: they end up finding themselves with a group who offers them only company without any real benefits- which is good enough for their lonely hearts.

Drug abuse and cultism are two inseparable vices in society. The influence of drugs on young people makes them throw away their sense of right or wrong, robbing them from making any conscious decision for themselves–although this is not always true to say that drug addiction can turn a person into one without conscience.

In extreme cases where an addict constantly craves more drugs like heroin, he/she connects with other addicts daily for supplies.

Some who do so may be associated with cults directly or indirectly through activities such as selling narcotics by creeksides and hideouts vulnerable places easy initiation opportunities respectively which could lead someone down the slippery slope towards violent behavior patterns common amongst members those groups. 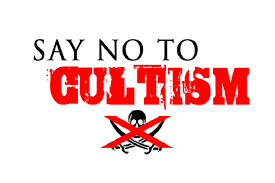 Cultism can be discouraged or stop in the following ways:

Parents, religious leaders, and teachers must protect children from the harmful influence of cults.

These groups should be aware that one child can trigger another into following an extremist ideology in just five minutes with persuasive talking techniques.

They must address this problem head-on before it becomes too late.

Charity begins from home. Parents should endeavor to enforce discipline in their children for good morals, and the government should make a law punishing anybody involved with cultism.

The government should make a law to punish anybody involved in cultism.

Politicians should discourage youths from political thuggery by refusing to offer them help or protection of any kind, and instead of reporting their activities as early on as possible so that they can be punished for what they have done wrong.

To read more about the solutions to cultism in Nigeria, click this.