Gulder Ultimate Search commonly referred to as GUS is a Nigerian reality tv series, organized, sponsored, and promoted by Nigerian Breweries Plc to create awareness about the Gulder Lager Beer brand in Nigeria.

The first edition of the show premiered in September 2004. The Gulder Ultimate search is also the first Television reallity show that is 100 percent Nigerian. All the contents of the show including participants and anchors were sourced locally to promote Nigeria home and abroad.

GUS is a survival-type reality program that involves 10-30 contestants. Depending on the tag or name of the edition, the contestants see themselves struggling in the jungle searching for a hidden treasure that has a prize attached to it.

The contestants struggle against the wild all in an attempt to get the treasure. From 10-30 participants, the contest will be weeded out until about 3 to 5 of them are made to find the treasure. Finding the treasure means fame and wealth for the winner.

The winners typically go home with a cash prize and a four-wheel drive vehicle.

In the 2012 edition of the Gulder Ultimate Search, the contestant went home with a whooping sum of 10 million Naira and a brand-new Sport Utility vehicle (SUV).

GUS Past Seasons, Winners, and Locations

The Gulder Ultimate search series is co-produced by popular Nigerian film producers, Olakunle Oyeneye who is the Deputy Producer, and Oluseyi Siwoku, the Executive Producer, who is also a producer at the Jungle film works.

The famous Obudu Hills in Calabar Cross River was the host of the 2nd GUS. This edition was called ‘The Lost Helmet of General Maxmllian.’

In the end, Mr. Lucan Chambliss won a Star Prize of 5 Million Naira as the final contestant and winner of the 2nd series.

For the 3 rd edition of the Gulder Ultimate Search reality tv series, NIFOR which is located in Benin, Edo State was the venue. This edition of the series was named ‘The Brew Master’s Secret.’

Dominic Mudabai due to his resilience and craftmanship won this edition of the show and was given a grand prize of about 3 million Naira and a Brand-new Jeep.

Death of contestant in GUS 4 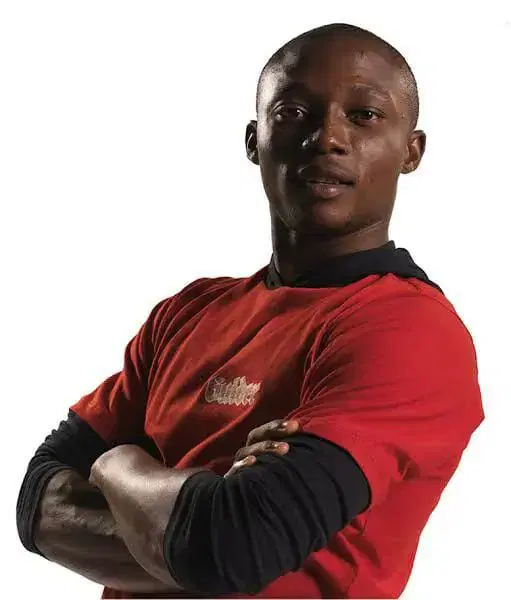 A very sad incident that saw the suspension of this survival show was the death of a contestant. Anthony Ogadje alongside other contestants went out to prepare for the show in the riverine area of the Shere hills, Anthony Ogadje was however drowned in a lake.

Several attempts were made by the Medical Unit of the Gulder Ultimate Search. Unfortunately, Anthony Ogadje could not survive.

After this incident, many people called for the total cancellation or an overhaul of the show. The was suspended by the organizers for a year due to this incident. Read our EXCELLENT guide on why the show was ultimatel suspended for a second time.

The difficult terrains of the stormy hills of Mmaku in Awgu, Enugu played host for the 5 th edition of this show. Mr. Michael Nwachukwu after days of searching and hard work found ‘The Lost Chronicle’ and was awarded a grand prize of 5 million naira and a brand-new Sport Utility Vehicle (SUV).

For this edition, the Western part of Nigeria was the location. The popular Omodo Forest in Aagba, Osun State played host to this edition to this edition of the Gulder Reality TV series. This edition was code-named the ‘Horn of Valour’.  Mr. Uche Nwaezeapu exchanged the horn for a prize of 6 million Naira and a brand new SUV. 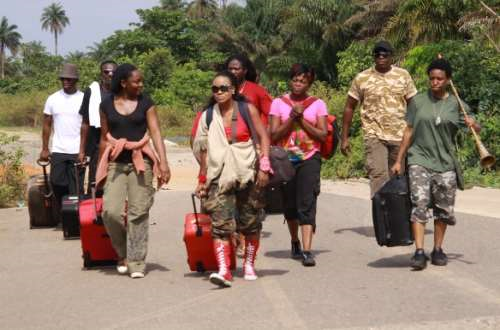 The celebrity edition of Gulder Ultimate Search brought together celebrities from the entertainment industry. This edition made its debut in 2010. The La Campaigne Tropicana in Epe, Lagos played host for this edition of the reality tv series.

15 contestants moved to Omo forest in Ogun state, few kilometers away from the celebrity showdown venue used in GUS 6 to search for the ‘Ultimate Hero’. In the end, Mr Oyenkule Oluwaremi exchanged the ‘Ultimate Hero’ treasure for a grand prize of 7 million Naira. 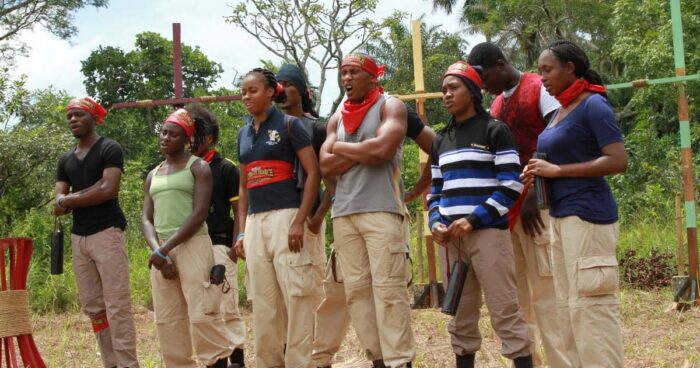 For this interesting edition of GUS. The Kukuruku Hills, in Ososo, Akoko, Edo Edo State played a very warm host for the ‘Contest of Champions’. Some people believe that this edition of the show was best.  Mr. Chris Okagbue became the champion when he won the “The Contest of Champions”. He gladly exchanged his treasures for 8 million Naira and a Jeep.

The year was 2012, the location was Usaka in Akara, Akwa Ibom state. 15 participants were commissioned to find the “The GateKeepers Fortune”.

Mr. Paschal Eronmose Ojezele found the treasure and exchanged it for a cash prize. 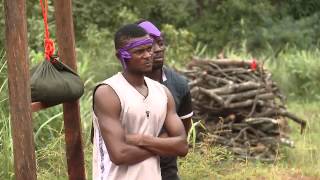 In what later became the last edition of this reality tv show, Aguleri forest in Anambra state was the venue. This edition of the show was themed ‘The General’s Helmet’. Chinedu Ubachukwu found the Helmet and exchanged it for a brand-new Ford Explorer car and a cash prize of 10 million Naira.