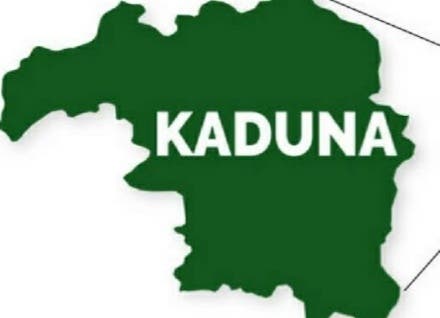 His Excellency, Mallam Nasir El-Rufai is the current Governor of Kaduna State.

Till date, he has led the State’s recovery from the great recession the previous administration – it’s now in a position of economic prominence in the country.

The laser focus of El-Rufai on the economic development was about attracting more businesses and investment to the state. As a result, homegrown businesses keep flourishing.

In 1960, Mallam Nasir El-Rufai was born in Faskari LGA, Katsina State. His primary education was at LEA Kawo. He also attended the prestigious college, Barewa College – he graduated as a top student in his class and in 1976, he won the BOBA’s “Academic Achievement Trophy”.

El-Rufai later bagged a degree in Quantity Surveying with a First Class. From 1983 to 1988, together with his partners, he founded and ran a successful Project Management Consulting firm. The firm handled several civil engineering projects nationwide.

Mallam Nasir El-Rufai later several professional and graduate programs – in University of London, Harvard University, and Georgetown University. In 1984 and 1985, he obtained an MBA and a Postgraduate Diploma in Computer Science respectively. By year 2008, El-Rufai bagged a degree in Law and went for different programs relating to Leadership, Privatization, and Management.

El-Rufai was also the Director General of the Bureau of Public Enterprises (BPE). The company was in charge of the privatizing government’s asets from 1999 to 2003. It was his succes at the BPE which made President Olusegu Obasanjo to appoint him the Minister of the Federal Capital Territory (2003 to 2007).

He also became a key member  of the economic team of President Olusegun Obasanjo as well as a member of the Federal Executive Council (the peak decision making body in Nigeria).

El-Rufai was once the Chairman of the Renewal Committee of the Congress for Progressive Change (CPC). He played a key role in the Merger Committee which formed into APC (All Progressive Congress) where he served as the pioneer Deputy National Secretary. During the early stage of the APC, El-Rufai served in the Election Planning Committee, a Secretary, and a member of the Strategic Committee.

Also, he is a key ally for President Muhammadu Buhari. He was recently appointed into the membership of the five-man ad hoc of the NNPPC.

On October, 2001, El-Rufai was conferred the national honor – the OFR (Officer of the Order) of the Federal Republic of Nigeria. He was also conferred a D.Sc, honoris causa, by the University of Abuja.

Would you like to know the latest updates about the Kaduna State government? You can always check its news room here.

If you would like to work with the government, fill the state’s job form here.

Here is the list of the local government areas.

From a legal point, the present governor of Kaduna State is under the control of Kaduna Judiciary, Kaduna House of Assembly, and Kaduna State Executives.

Kaduna State has more than sixty ethnic groups and fifty-seven spoken languages. Among the majority of these tribes are the Hausa, Gwong, Gbayi, Fulani, Fire, Atuku, Ninkyop, Atyab, and Bajju.

Kaduna State is known as the Industrial Center of the Northern part of Nigeria. Manufacturing products including steel, textiles, aluminy, machinery, petroleum products and bearings are available there.

From the Nok culture, pottery is a gift, and it’s highlyprized in the state.

Kaduna state is also blessed with good land plus different crops. The state has mineral resources like asbestos, gold, clay, amethyst, and serpentine.