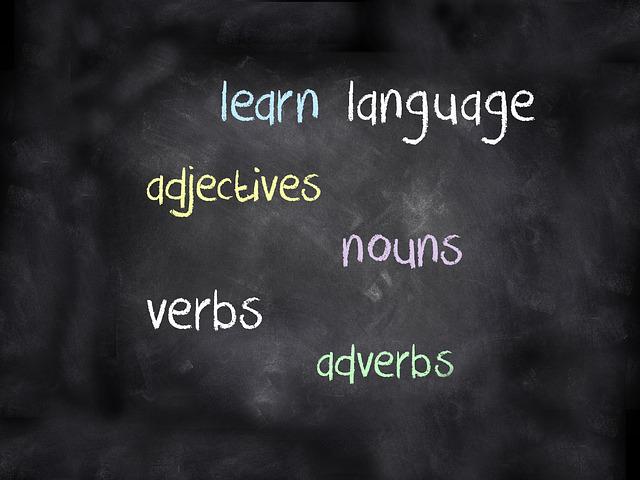 The most popular and sophisticated method of human communication is language. People communicate, exchange ideas, and express their emotions through language. Man would be incapable of continuous, goal-oriented thought without language.
Nigeria is a country with a variety of ethnic and cultural groups.

Regardless of differences in ethnicity or culture, the English language has developed into a suitable means of connection and communication. In Nigeria, English is the language of everyday communication. It would have been challenging to communicate without the use of English.

The following is a discussion of the significance of the English language in Nigeria:

The study of English is crucial in the sphere of education. Children are instructed in and encouraged to pick up English as a second language in many different nations. We will find that many science and engineering syllabi are written in English, even in nations where it is not an official language, like the Netherlands or Sweden.

Additionally, many people believe that English is the language of higher education. English-speaking institutions make up several of the top universities on the globe. Most research studies you encounter in any particular scientific sector will also be written in English since it is the language of choice for worldwide scientific research.

To make the course material more accessible to overseas students, university students in many nations study nearly all of their topics in English.

In Nigeria, English is not only utilized for verbal communication; it is also used for written communication. Due to its widespread use in villages, towns, and cities throughout the nation, English eliminates language barriers. This has made it feasible for Nigerians from various ethnic groups to communicate with one another.

In Nigeria, a person is regarded as illiterate or only partially literate if they are unable to speak English fluently.

Traveling the world is made simpler by having a solid command of English communication. Being able to communicate in English makes it simple to acquire aid and support in many places of the world because it is the primary international language spoken by foreigners.

After all, compared to other languages, English is the only one where roughly one in five individuals can speak or understand a language at least somewhat. Examining online travel alternatives will allow you to verify this; English is always an available booking option on any travel website you can locate. Additionally, knowing it will help you get around in places like airports and other transportation hubs.

In addition to being helpful for tourists, English is also widely used for international gatherings like the Olympics and numerous conferences and sporting events. Almost wherever you go, whether for work or play, it is useful. Even if you aren’t trying to get better at understanding English as a whole, you could find it useful to learn a few phrases before going there to make it easier for you to navigate.

4. Teaching  in the education sector

English is a language that is taught and learned in schools in Nigeria. From early childhood centers to post-secondary schools, it is utilized to teach children and students. Additionally, English as a subject is regarded as significant and required of all students in Nigerian schools.

Learning English as a second language has several advantages for education. Better work prospects, higher family income, more productivity, better social relationships, and a higher standard of living are all made available to people because of it. Outside of formal educational institutions of learning, the Nigerian professional class also uses the English language as a forum for opinion exchange.

5. It is used in the Technology and science fields

The usage of the English language has enabled science and technological growth in Nigeria. In the fields of medical, research, ICT, and other manufacturing areas, English is widely used. The majority of scientific and chemical names are currently written in English.

The English language is used in every transaction made in the Nigerian economy’s commerce and industry sectors. The major players and participants in this field attend a variety of seminars, conferences, and workshops to increase their knowledge and abilities in order to function at a high level in the business and industrial sectors. All of this is done to boost the economy of Nigeria. These workshops and seminars are conducted in English. The language used in business meetings is also English.

7. International trade and the Government

The English language is employed in government institutions and establishments for official business. Between government agencies, English is the language of communication. It is employed to guarantee the efficient operation of government operations. Public employees save both hardcopy and digital documents containing information. These papers have all been authored in English. Circulars and memoranda issued by the government are always written in English.

We are all aware of how important the media is to a nation’s progress. Nigeria is also included. In order to inform the public about societal events as well as governmental actions, the English language is used in a variety of media channels. Through print or electronic media, the general public is kept regularly updated about events in the Nigerian community.

9. English Is the Common Language Around the World

For a number of reasons, the English language is crucial for communication in our time. First of all, English is a very popular second language in many cultures, even among individuals who do not speak it as their first language. This indicates that when two people from different nations (for instance, a Mexican and a Swede) speak, they frequently do it in English.

I believe that learning the language is essential for everyone who wants to communicate internationally. You can interact with people from all over the world, not simply those whose native tongue is English, by speaking it. That holds true whether you’re on the road, conducting business, or interacting with people online.