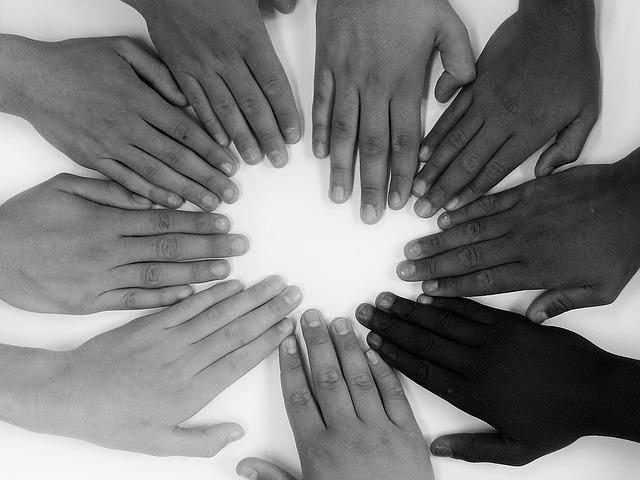 National integration is the consciousness of a shared identity among a nation’s citizens; in other words, it’s the realization that, despite our differences in caste, religion, and language, we are all part of the same country.

It is not merely a national sentiment; rather, it is a spirit that unites individuals of diverse dialects and religious convictions for a shared goal.

The main goal of national integration is to improve the living conditions of citizens. As a result, kids can grow as individuals in every way. Additionally, it helps to unite a multiracial and multilingual nation like India, whose citizens have different cultures and traditions. Additionally, it strengthens the bonds of brotherhood among individuals, groups, and society.

Nigeria is a tremendously ethnically and religiously diverse country with many different languages and traditions. Nigeria is a varied country; hence, many policies have been implemented by successive administrations to solve the issues brought on by the various cultures while preserving the country’s stability and unity..

Importance of National Integration in Nigeria

1. It aids tourism (both local and international)

Since the beginning, tourism has played a significant supporting role in national integration. Understanding such a big country through tourism can help everyone feel more united.

Understanding one another’s traits and issues lead to the development of similar emotions, ideas, and attitudes. Understanding the country’s culture, industrial and economic development, and new facets of development are all made easier through tourism.

Our sense of national identity gives us the impression of a successful and powerful nation, and it helps us live in harmony and love with one another.

The promotion of social peace is one goal of national integration in Nigeria. Nigerians benefit from the many social policies and programs of government administrations, regardless of their state of origin, socioeconomic status, religion, political leanings, or other characteristics they may possess.

As a result, Nigerians can benefit from equal possibilities devoid of social exclusion, strengthening the social connection and sense of community among the people.

Examples of how social harmony is promoted in Nigeria include the National Youth Service (NYSC) program, the unitary school system of education, and the protection of fundamental human rights, among others, as neither privileges nor stereotypes serve as the foundation for citizens to benefit from these policies or programs.

3. The development of a common language

With over 520 languages spoken by the indigenous ethnic groups in Nigeria, using English as the primary language has many advantages. The English language acts as a real tool for effective communication between the various linguistic groups as well as the administration because none of the indigenous languages of the nation have attained broad domination.

Nigeria’s educational system uses English as its primary language of instruction, which improves functional literacy, which in turn promotes socioeconomic, political, and religious stability as well as more integration.

The English language also allows Nigeria and Nigerians to participate in world politics, sports, the arts, trade, and other activities because no indigenous language has advanced to an international level.

4. It strengthens Nigeria’s stability and unity

National integration helps to bring together people of many races, castes, creeds, and ideologies and unites the nation as a whole. It makes the nation stronger and more formidable on the global stage.

Unity is essential to ensure Nigeria’s continuing prosperity because the nation-state is so diverse. It is impossible to emphasize the value of unity. There are many negative effects left behind when a unified state dissolves, such as the 30 month civil war in Nigeria, which resulted in millions of fatalities, mass migration, destruction of infrastructure, and loss of physical and social capital.

In order to achieve this, a number of policies and programs have worked to encourage coexistence, lessen the likelihood of internal strife, and boost economic development and progress at the national level. For instance, the unitary educational system allows young Nigerians to study alongside pupils from other regions of the nation, which fosters a sense of nationalism from an early age.

Nigeria has been able to attain unity in diversity to a large extent because of national integration policies and programs, notwithstanding the occasional occurrence of internal disputes.

5. Encourages Loyalty to the Country

National integration encourages a citizen’s allegiance to the nation. It helps get people to work together and put the country’s growth ahead of their own small problems.

A house divided against itself cannot stand, according to a proverb. This is especially true for a culture with such diversity as Nigeria’s.

It will be unlikely to see reasonable economic progress if there are ongoing internal conflicts like militancy, riots, sabotage, and ethno-religious crises. For instance, the country experienced a drop in foreign exchange and an unfavorable economic climate for investment in the delta during the period of increased insurgency in the Niger Delta, when oil installations and expatriates were targeted by numerous militant groups.

On the other hand, when there is a degree of peace and stability in the nation, economic activity is seamless and foreign investors are more likely to make investments because they feel their money is safe.

7. It is advocates for an equitable distribution of resources

The federal character concept, a national integration policy, aims to guarantee that the makeup of the government of the Federation reflects the diversity of the nation, which is made up of over 250 ethnic groups, 36 states, and 6 geopolitical zones.

In order to achieve this, appointment positions within the government would reflect the diversity of the country and prevent the domination of people from a single or small number of ethnic groups and states. As a result, a variety of people make up the government’s ministries, departments, and agencies.

Numerous initiatives aimed at establishing national integration have been launched since Nigeria gained independence. The Nigerian Constitution, the National Youth Service Corps (NYSC) program, the establishment of states, the Federal Character Principle, the unitary educational system, and the adoption of a federal system of government are a few of these.

Due to issues like bad administration, theft of tax money, wasteful use of public funds, corruption, and the high rates of poverty and unemployment, these efforts have mainly fallen short of achieving the objectives of national integration.

Some suggested approaches to achieving sustainable national integration in Nigeria include visionary leadership; the development of a national image; effective social studies instruction at the primary and junior secondary levels of education; and the allocation of national resources to crucial areas like job creation, poverty alleviation, social security programs, etc.

National integration is crucial for a nation since it has frequently happened throughout human history for a nation’s integrity to be in jeopardy. It has faced significant internal obstacles as well as being attacked from outside. Consequently, the formation of a nation depends greatly on national integration. It is preserving it in history through consistent development.