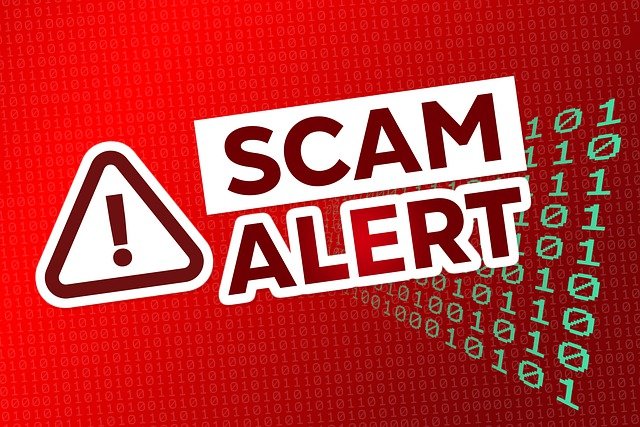 Well, I guess I am going to be doing some Nigerian Scammer articles to keep you all updated. In my other article, I debunked a huge misconception that the word ALAYE means scammer and you can check that article in this link.

Today, I am writing the article about Nigerian Scammer Words. In essence, these are the words you should pay attention that would strongly suggest that the person you are dealing with is a potential scammer.

This fellow might be someone you met on an online dating app and you feel you are talking to one Richard, who is currently serving in the United States Outpost in Somalia. It could also be someone you know personally and you have a hold of their phone and begin to see a lot of the words I will be talking about in this article.

This list of words doesn’t make a person a scammer on their own but if a person begins to use it a lot, especially with their friends and your guts tells you that the person, maybe you should also pay attention and be worried.

There are at least a hundred words that Yahoo boys use but I have picked out the very bad ones that almost guarantee that you are dealing with someone who is up to no good.

A picker is a foreigner who in most cases is in the same country as you are. They are basically mules, usually white people who help the yahoo boys make their scam look more legit. So yeah, in lots of cases, your fellow countrymen help to facilitate these crimes. So, the picker is definitely a huge red flag. They could be disguised in various forms like a “nanny” that is taking care of the scammer’s imaginary kid, so watch out.

This is used to refer to a person who deposits/pays fake currency or a cheque into a victim’s account. This fake cheque is usually to make the victim feel they are dealing with someone who is legit, of course, they don’t know that currency or money is fake.

This is another language that gives a fairly strong indication that who you are dealing with might be up to no good. WAYA or wire is just the normal means of international money transfer and scammers who are the big players often use this method to obtain some serious money from people.

If someone you know is being referred to as a G-Boy, you are most likely dealing with a scammer.

This involves sending different messages to multiple victims all at once. These scammers are great multi-taskers…you should know.

Series of e-mails specially prepared to be sent to prospective victims. It contains lies and falsehood, systematically package to deceive unsuspecting victims. This could even come in the form of SMS (Short message service).

This is a Yoruba word which means that a scam activity has been exposed.

This is something that women usually fall for. They see a fine man on the internet who promises to marry them. Of course, there will be no marriage, all he will do is give you excuses why the marriage can’t work for now and that you should send him some money to fix another unending problem.

Victims are sometimes not suspicious of things. A scammer can tell you that they are going to ship stuffs to you, stuffs that you know you don’t even deserve. But when the shipment arrives at the “customs office,” it can’t be cleared until you pay some substantial fee.

“ika” in Yoruba means “wicked.” Hacker ika means a wicked hacker who is up to no good. Yahoo boys or scammers are not necessarily some computer hackers…they are just great social engineers.

Means to steal your credit card details in order to use it for buy stuffs for themselves or to withdraw such money to their bank accounts.

Western Union is one of the most prevalent ways by which Yahoo boys receive proceeds of their acts. So the word, WESTY is a short form for western Union money transfer.

This is a word that the yahoo boys use to warn each other that the victim is smarter than them and they might run into trouble.

A clique or group of scammers who have made it big.

This is to imply stolen username and password details that they bought off the dark web.

Once more, I must reiterate that the use of these words on their own doesn’t make someone a scammer. But if you can build a pattern, especially with other things that sound suspicious and the person begin to ask for money or they have money they don’t earn…just know that you are dealing with the wrong crowd.