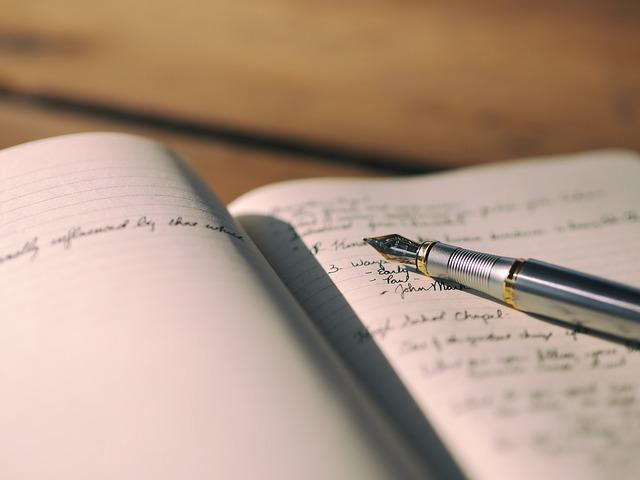 Journalism refers to a journalist’s work which involves covering news, opinions, reports, etc. It reports to a large audience on current global affairs, including political, social, and cultural issues.

Freedom of expression is the most crucial component of journalism. The right of people to express their opinions is the foundation of journalism.

People today rely on the media to keep them updated on current events. A modern newspaper is much more than just a source of news; it is also a repository for up-to-date knowledge, a tool for public commentary, and a shaper of public opinion. In a democratic society, the media plays a crucial role. They have a significant impact on how the public perceives issues. They could be said to think politically on the average person’s behalf. The news editor and his team are another. News is delivered to them by staff reporters, correspondents, and various agencies. They modify, organize, and show them. They have the ability to flash a headline and start a craze. The staff reporters conduct interviews and solicit opinions by “scooping” news ahead of time.

There is no denying the significance of journalism in Nigeria. In addition to promoting public participation, journalism plays a crucial role in helping the population make sense of what is happening around them. In a democratic environment like Nigeria, there are normative expectations of journalists that include providing information, critical examination, advocacy, and engagement in public discourse.

Importance of Journalism in Nigeria

1. An invisible Fourth Branch of Government

Journalists are more than just news anchors, writers, and editors. In a sense, journalists serve as society’s watchdogs. The Nigerian Constitution guarantees press freedom; hence, government suppression of journalists is prohibited. This implies that prior restraint—an effort to prevent a story from being printed or broadcast—is likewise illegal. Thus, journalists in Nigeria are protecting the right to free expression by virtue of their employment.

Nowadays, people repost and retweet content from social media sites like Facebook, Twitter, and others. Others republish rumors, while others may republish actual articles. Posts that are articles contain original content. Who produces unique content? Reporters do. Journalists seek out sources to verify the information they provide in their stories. To put it another way, journalists conduct research. Research is crucial in this case. The news that is discovered on the internet is nothing more than a meme or a collection of rumors that one may find difficult to verify without conducting an investigation and performing verification.

Anyone who considers themselves to be a journalist adheres to certain ethical standards. The four principles that all journalists must follow are listed by the Society of Professional Journalists. Which are:

Journalists must conduct themselves honorably to practice ethical journalism. These guidelines encourage the free flow of information while ensuring integrity.

Journalists conduct research and produce trustworthy content that covers a range of topics. Their writing aids in our understanding of difficult problems. Journalists highlight issues and offer the relevant perspective. In this way, journalists contribute to supplying the general public with the knowledge necessary for informed public conversation.

5. It enhances our quality of life

Because they are dedicated to uncovering the truth and making it available to the public, journalists are obliged to offer a balanced opinion. People’s lives can benefit from the “news.” As a result, it gives people access to the most up-to-date information so they can decide on all parts of their lives with confidence.

6. Informational Source for the Public

There were significant restrictions on journalism in Nigeria during the military’s control. The general public was typically unaware of what was going on in the government at that time. However, journalists are now free to enlighten the public thanks to the democratic system in place.

Even in politics, information aids in making better decisions. For instance, when the public is provided with information on political events, they may make informed decisions when they go to the polls to fulfill their civic duty to vote. Thus, mass decisions based on bias and ignorance can be effectively managed by the general public. Citizens draw educated conclusions about candidates and parties in the elections using the information presented.

Journalism allows for political reporting, but the public is nonetheless guaranteed objective views on public discussions. In Nigeria, there are many outlets for high-quality news journalism, including print, radio, the web, and television. These channels provide intelligent and reliable information as well as analysis of current events in the nation. The improvement of public participation in society across the nation is a result of media sources providing the public with reliable, relevant, and meaningful information.

7. A Critical Review of Government/Watchdog Performance

In addition to its position in the information function in a democracy like Nigeria, the media also plays a crucial role in the critical examination of the wealthy and influential members of society.

As journalists, we have a responsibility to watch over how authority is used in order to prevent abuse as the fourth estate. Nigerian journalists from a range of platforms monitor the government’s actions on behalf of the country’s population. They investigate whether the government is effective, competent, and honest and whether it is carrying out the duties for which it was elected. They also keep an eye on the government’s policies and programs to determine whether they are created with the interests of the people in mind.

In Nigeria, media outlets such as newspapers, radio stations, television news stations, and news blogs fulfill their role as the government’s and others’ watchdogs by conducting critical analysis of their operations. Journalists do this by, among other things, being brave in their criticism of the government’s lies and errors; providing commentary and analysis; and posing difficult questions.

There are numerous ways that journalism serves as a conduit between the people and the government in Nigeria. Nigerians have direct access to the public sphere through media sources, including reader letters to print media, involvement in in-studio conversations about public issues, and phone-in comments to radio talk shows, among other things.

Email, blogging, and text messaging are examples of quick and interactive technologies that have improved journalism’s position as a representational function in Nigeria by giving citizens additional avenues for interaction with political leaders and participation in public discourse. The rate of public participation in governmental activities has increased dramatically among Nigerian citizens because of these technologies.

Journalism’s advocacy for the public places journalists in a position to express opinions on national news events, provided that those perspectives are expressed objectively and with factual truth. In an effort to persuade people of a specific viewpoint, journalists may participate in public debates, but they must clearly distinguish between truth and opinion.

Therefore, in Nigeria, journalism can be utilized to present the public with unbiased viewpoints on events, policies, programs, and government activities, among other things.

The business world and the economy are crucial components of Nigeria’s society. Journalists who specialize in business and economic reporting follow, examine, and evaluate changes in the nation’s economic situation in order to report on business and market activity. While some newspapers have specific sections devoted to business, others are more general in their coverage of the subject.

The majority of radio and television stations also report on market and business developments in the nation. As a result, business and economic journalism hold corporations accountable for their deeds and bear the burden of uncovering the truth and informing the public about it.

Public faith in journalism is crucial. The Nigerian Union of Journalists (NUJ) believes it is essential to give ethics that journalists working in Nigeria should go by in order to gain and keep the trust of the Nigerian public. Therefore, the following ethical principles must guide every journalist’s obligations in Nigeria: As well as reporting factual, fair, and balanced news, refraining from publishing false or misleading information, and separating facts from links and opinions, they must assure the editorial independence of the items they generate. Other ethical considerations include inspections for plagiarism and violation of copyright, as well as press freedom and responsibility.

The strength with which journalism continues to act as a real barrier against the undesirable tendencies and elements of society on a global scale can also be used to gauge its significance. It offers several opportunities to embark on a situation-focused ethical analysis. True journalism ought to be objective and cover all current facts honestly. Additionally, it is necessary to constantly be aware of what is happening in society without regard to the consequences. Furthermore, by failing to do so, we are defending attitudes and behaviors that only serve to injure many people. This circumstance may also obstruct efforts to progressively reorient society in a more positive direction.