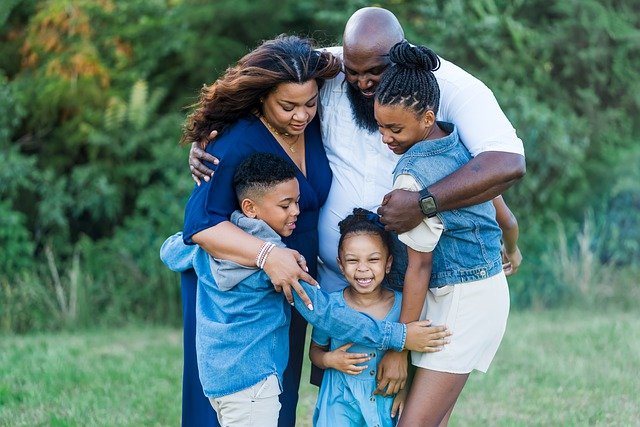 One of the most crucial social organizing factors is kinship. This is prevalent throughout society, whether you look at it from East to West or North to South. This social institution creates a connection and builds a bond between individuals and groups.
Marriage and reproduction are the most fundamental kinds of bonds.

The term “kinship” refers to a group of connections and links that are founded on blood ties (consanguineous marriage) or marriage (affinal).

In Nigeria, kinship plays a multiple role in the social structure. The value of kinship is evident at family gatherings and throughout marriage. Kinship styles are the behaviors, attitudes, and beliefs of members of society. It is impossible to undervalue or ignore the value of kinship in Nigeria.

This kinship is based on blood relationships, including those between parents and children and between close siblings. It is thought to be the fundamental and common factor in all interactions.

Marriage serves as the foundation for the last line of kinship. The fundamental kin relations are those that exist between a husband and wife.

The purposes of kinship

1. Kinship establishes rules for interpersonal interactions. Between a father and daughter, a brother and a sister, etc., it establishes the right, acceptable roles to play.
2.  Family line ties are determined by kinship.
3.  Kinship determines relationships that are prohibited by marriage.
4. Kinship enables us to ascertain the members’ rights and obligations in all sacraments and religious rituals, from birth to death.
5. The kinship system promotes family unity.
6.  Kinship relationships determine the legal status of the family and marriage, the mode of production, and the distribution of political power in rural and tribal civilizations.
7. Kinship regulates the behavior of various kin through its many applications.
8. Kinship aids in classifying kin of different categories, such as classificatory and descriptive, through the use of kinship terminology.
9. Kinship produces unique kin groups through the ways it is used.
10. The power dynamics between kins are governed by kinship laws.
11. Kinship controls social behavior.

Importance of kinship in Nigeria

There are rules for how individuals should interact in Nigeria. Such rules and proper duties are assigned by kinship for interpersonal interactions. It outlines the rational and believable function of the interaction between family members.

2. Kinship determines who is eligible to marry whom and where marriage is prohibited

In Nigeria, kinship is significant since it establishes who a person can marry and who they shouldn’t. Kinship also dictates where one should marry from and where one shouldn’t.
When a location issues a decree prohibiting marriage, such a marital union is viewed as improper. There would be no option but to comply. Kinship makes the decision on marriage.

Kinship aids in the classification and naming of many forms of kin in Nigeria. Some terms inside the kinship system lead to this classification. These kinship terminologies allow for the identification, categorization, and description of various kin groups.
Kinship preserves unity in relationships.

The maintenance of ties’ sense of solidarity is another crucial aspect of kinship in Nigeria. The majority of the time, family members within the same family enjoy such strong bonds. The father, mother, kids, and any other family members present all take pleasure in this unity.

Relationships and familial lines are defined in Nigeria in this way. Depending on the family at issue, a relationship within that family may be close or distant. As a result, the Nigerian kinship system can function in a way that allows for the identification of family line links.

The role of kinship in Nigeria as a social life regulator is another benefit of kinship. Social life is regulated in practically all societies, Nigeria included. The ability to regulate social life is only made possible by kinship.

7. They create special groupings of kins

Another significant function of kinship in Nigeria is to control the behavior of various relatives. In other words, kinship regulates how members of the same kin behave.

9. Kinship regulates land ownership, the concept of wealth, and the production system

One of the many benefits of kinship in Nigeria is that it affects who owns land, what wealth is, how it is produced, and how it is used. Other facets of kinship within the Nigerian family are influenced by kinship as well. Land ownership within the family is one of these kinship facets. It also affects how money is thought of and how different family members use it.

One of the primary functions of kinship in Nigeria is to regulate the role of ties between kins. There are some rules in kinship, and these norms have a way of affecting or influencing the function of connections within the family.
There will be a kinship rule that governs the role of the relationship with the family among many kins.

11. Kinship assists in establishing the rights and obligations of members of religious practices

In Nigeria, kinship influences how each member of a religious group is expected to behave in terms of rights, obligations, and religious activities. The rights of the people, as well as their duties and obligations, are determined by their kinship.
Who belongs to or partakes in religious rituals and sacraments is also determined by kinship. All of these start at the moment of birth and continue until the person dies.

12. In Nigeria, kinship gives its members a sense of protection

They usually control the traditions surrounding marriage and everything else. Kinship enables people to stick together during trying times. In any society, kinship serves to strengthen community cohesion if there is one thing it can be said to do.

When residents of a rural area commit a crime, their kinship influences how severely they will be punished. Community members become closer to one another through kinship. It works to foster a sense of community among its members. Family customs are established in part through kinship. It explains inheritance in a familial context.

Summary of the importance of kinship in Nigeria