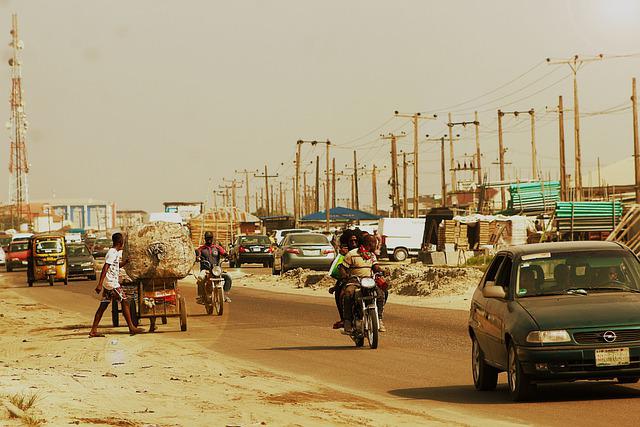 The goal is to better serve the requirements of each region of the nation, although there are some challenges that do arise.
Additionally, it ensures that certain territorial units—which may be states, regions, or provinces—have some degree of autonomy. Typically, these territorial divisions have autonomy over matters relating to identities, such as language and culture, local economic growth, infrastructure, and public services.

Federalism is a workable solution to some, but not all, of the difficult tasks and cohabitation issues that arise in varied societies.
Nigeria campaigned for the adoption of federalism as a nation of dizzying diversity, with more than 250 ethnolinguistic groups, to ensure political inclusion, a wider distribution of public resources, and a balance of power across the three tiers of government.

Importance of federalism in Nigeria

1. The power-sharing base is broadened.

Because of federalism, political parties that are marginalized at the federal or international levels are allowed to hold office at the state or provincial level. In nations with a dominating party at the national level, this may help to promote political participation and a balance of power.

Federalism allows political parties or groups that are not well-known on a national level to run for office in their respective states and local government jurisdictions. For instance, APGA defeated other federally-level political groups that also wished to hold the office of governor in Anambra state. As a result, Nigerian federalism aims to encourage political inclusion.

Nigeria campaigned for the adoption of a federal system in 1954, following the 1953 Lyttleton constitution conference. The three major ethnic groups came together at that time to form Nigeria as a federation. The midwestern zone was added ten years later, in 1964, bringing the total to four. As time went on, more new states were added, and by 1996, there was 36 states total. In Nigeria, there are 774 local government areas at the local level.

Federalism was embraced as an institutional solution to the issues linked with magnitude and diversity because there are more than 250 different ethnic groups. Federalism has greatly benefited Nigeria since it was implemented even though it has its drawbacks.

2. It encourages Innovative and pragmatic approaches to policy development

Federalism can encourage innovation and experimentation in policy making by allowing subnational units to create their own policies to satisfy their particular requirements. This enables states or provinces to pioneer creative policies that would not be politically viable at the federal level.

In a federal form of government, both the center and the units have their separate set of governmental apparatus. America, for instance, is a federation of states. As a result, each state has its own legislature and the executive branch.

5. The Constitution is written

6. A better understanding of regional demands and problems

The national government lacks a real means of comprehending the problems, needs, and adjustments that must be made throughout the nation. This is why federalism has so many benefits. The smaller divisions of local administration are located in the center of the community. They are better equipped to handle the real issues that require adjustment.

A federation’s constitution ought to be somewhat rigorous. It is viewed as a sacred contract, whose spirit should not be readily broken. A flexible constitution gives the federal government the ability to limit the independence of the federating states.

Our founders strengthened a citizen’s ability to influence their government, government policy, and lawmaking by not concentrating all power in the hands of a national government but instead sharing it among state governments, which are more on the level of the average citizen.

9. It eliminates the bridge between the government and the people

Federalism is a constitutional tool to close the gap between the government and the people in a big, culturally diverse country like Nigeria. Due to Nigeria’s three-tier federalism system, citizens are more in touch with their local and state governments, giving them the opportunity to participate in politics and have their opinions heard. Because of this, leaders will be able to comprehend their people’s wants and priorities because they will be close to them.

The subnational institutions of government of the day can exercise democratic control and create policies catered to the interests and desires of their governed subjects thanks to the significant powers granted to the states and local governments. Federalism, therefore, serves to prevent unpopular, inappropriate, and unworkable policies that are typically created without taking into account the needs and aspirations of the populace.

10. For the Prevention of Tyranny

One of the most crucial aspects of federalism is that it serves as a deterrent to tyranny and runaway power by splitting power between the federal government and state governments and spreading it among three branches of the federal government that function as checks and balances on one another. One of the most crucial reasons the system was created in the manner it was is the safeguards we have against a totalitarian, rogue government.

The formulation of policies catered to their unique ambitions and requirements is made easier by state and municipal governments’ access to improved information about the situations of the population under their authority. State governments occasionally have to create workable policies that may not be politically viable at the federal level but address the unique requirements of their citizens in order to address specific issues falling under their purview. Federalism thus encourages novel methods of policymaking at the state and local levels.

12. Reduces the workload on federal authorities

The closer a government body is to its citizens, the more likely it is to respond to their needs. States are more likely than the federal government to pay attention to citizen demands and act on them.

14. A Better Distribution of Public Resources is Ensured

States and local governments require money in order for domestic administration and the provision of social services to function at the subnational level. States typically receive funding from personal income taxes and other levies, but in Nigeria, the majority of state finances come from monthly payments made by the Federation Account Distribution Committee (FAAC), which uses a horizontal allocation system. Like the federal government, municipal governments also get grants and funding from their own sources.

It is possible to increase system efficiency by distributing some of the federal government’s authority among the states and granting them the freedom to address some of their own issues.

16. It develops democratic responsibilities and capacities by promoting them

As a federalist nation, the multiple state institutions in this nation offer residents, legislators, and public officials a beneficial opportunity to develop skills and fulfill democratic obligations.

In Nigeria’s 36 states and 774 local governments, there are several institutions and political offices that act as training grounds for both citizens and public servants, helping to foster the growth of greater engagement in politics and decision-making. For instance, Goodluck Ebele Jonathan, the former president of Nigeria, served in a number of capacities in his native Bayelsa before ascending to office.

Our founders strengthened a citizen’s ability to influence their government, government policy, and lawmaking by not concentrating all power in the hands of a national government but instead sharing it among state governments, which are more on the level of the average citizen.

Federalism makes it possible for many ethnic and racial groupings to coexist across the nation.
Federal systems feature at least two levels of government: the national level and a second level that includes the regions, states, and provinces that make up the country’s territorial divisions.

Federalism offers mechanisms for these many groups to share authority over shared interests, but it also allows for some degree of autonomy with regard to central state institutions.

A constitution safeguards federations with regard to the division of power among central state institutions as well as the rights and obligations of the federal government and its constituent provinces, states, or regions.

However, federalism is not a miracle cure. There are some issues that federalism cannot handle on its own, such as how to protect minorities or the cost of federalism due to the necessity to create institutions not only at the national level but also at the regional, state, and provincial levels. The coordination of policies or policy responses, such as those to pandemics or natural disasters, can occasionally be challenging between the various levels.