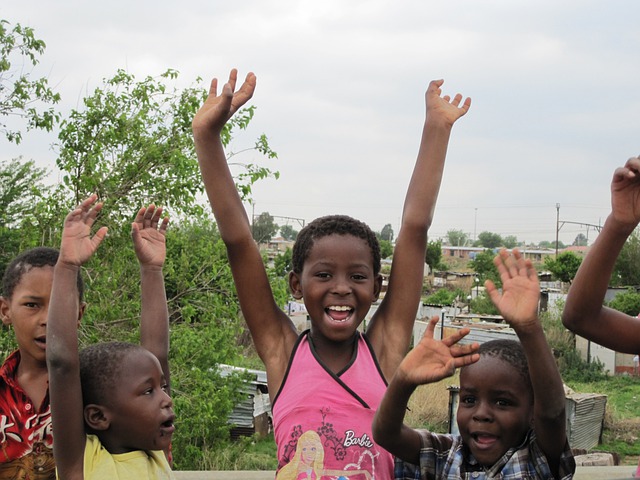 The same rights to education apply to boys and girls. Girls with education can choose wisely from a wider variety of options. Girls’ education strengthens families, communities, and economies while also saving lives.

Women’s education boosts a nation’s productivity and supports economic expansion. Not educating girls to the same level as boys costs some nations more than $1 billion annually.

In spite of this, many girls and young women around the world skip school every day. UNICEF estimates that 61 million girls are enrolled in school as of 2016; 32 million are in primary school and 29 million are in lower secondary education.

Girls are frequently excluded from society and do not attend school simply because it is not the cultural norm. If they are disabled, reside in a remote region, or are from a low-income household, their chances of receiving a quality education are significantly lower.

Girls from the same background are four times more likely than boys to drop out of school. The likelihood of the poorest females finishing primary school is likewise the lowest.

The education of girls benefits the individual, her family, the society, and the nation as a whole greatly. The female child’s education equips her with the knowledge and skills she needs to enhance her capacities and act as a catalyst for sustainable development.

Importance of education in Nigeria

1. To improve the social and economic development of the girl-child

The ability to shape her future using the knowledge and skills she has attained is one of the key benefits of education for girls in Nigeria. The girl child receives different fundamental information and skills, as well as training that supports national growth, from early childhood education through postsecondary education. A girl who receives an education grows up to become literate and has a better chance of ending the cycle of poverty, increasing her productivity, and raising the standard of life for her, her children, and family as well as society as a whole.

Education provides girls with the knowledge and skills they need to succeed in their chosen careers. As a result, an educated lady has the potential to pursue careers as a teacher, architect, doctor, computer scientist, lawyer, and pharmacist, among other professions.

A girl is three times less likely to get HIV if she finishes elementary school. The World Bank refers to education as a “window of hope” in halting the spread of AIDS among today’s children in light of these facts.

Due to the ongoing disparity in opportunities between men and women, gender equality in today’s society remains a major issue. Every human being, regardless of race, sexual orientation, ethnicity, or religion, is entitled to the basic human right of gender equality. There is a gender divide because the roles that men and women play in society are entirely fixed. Greater emphasis is focused on gender equality as girls in our community receive more education.

Human rights become a strong social value when nations advance toward gender equality because women in positions of authority frequently stand up for marginalized groups. As more women hold leadership positions in government, they advocate for more impartial laws and regulations.

Young girls are frequently married off as early children, sometimes as young as 9 years old, in several regions of the nation, particularly the northern part of Nigeria. This typically results in the female discontinuing her schooling. The girl suffers from the consequences of her lack of education as she develops into an illiterate young mother who lacks the necessary abilities to be a better parent, employee, and citizen.

In Nigeria, basic, post-basic, and tertiary education typically take years to complete. In Nigeria, a girl-child would have to be 18 years old in order to complete basic and post-basic schooling. Tertiary education also takes, on average, 4 years to complete. Therefore, the time a female spends pursuing her education often indicates that she will marry later, once she is an adult and capable of having and raising children. A woman’s education will have a favorable effect on her children, her close family, and society as a whole.

5. For The Betterment Of Future Generations

The educated girl grows up to be an educated adult. A key component of creating future generations of healthy, educated, and empowered females is providing education for girls. Women in the community who have received an education have the potential to lead in the future, effect change, and create societies that are more powerful and meaningful. And as a result, a country’s citizens are the only reason it is considered prosperous.

With over 200 million citizens, Nigeria is the most populous country in Africa. Overpopulation has negative repercussions on the nation as well as the family. The impacts of the population boom include an increase in unemployment, starvation, the deterioration of the environment and natural resources, as well as the high cost of living. On the other hand, a household with too many people typically struggles financially and lacks access to quality healthcare, among other things.

Making sure that girls receive an education is a tried and true strategy for reducing Nigeria’s population expansion. An educated girl kid often waits to get married and have children until she can adequately care for them, as was stated earlier in the text. Numerous studies reveal a negative correlation between a woman’s higher levels of educational attainment and the number of children she bears. The educated woman has access to information on birth control and family planning, and she is aware that having fewer children means providing more resources for each child.

7. Smaller family sizes that can be easier to take care of

8. Helps to get more women in politics

Even while there are still fewer women in politics in Nigeria than there are males, education has significantly increased female engagement in politics and other related fields. Numerous women in Nigeria have had and continue to hold positions as senators, government ministers, legislators, and other political posts. Remi Tinubu, Aisha Abubakar, Kemi Adeosun, Abike Dabiri, Haja Afsatu, Kema Chikwe, Maryam Ciroma, the late Dora Akunyuli, Zainab Ahmed, Rita Akpan, Oby Ezekwelisi, Ngozi-Okonjo Iweala, and Grace Bent are just a few of the renowned female politicians. These women have one thing in common: they all hold advanced degrees. The abilities these women developed during their educational journeys were essential to their ability to effectively carry out their duties in their jobs.

According to the United Nations Population Fund, one in three girls in developing nations get married before becoming 18 years old. The wedding date is postponed by four years in areas where girls attend school for seven or more years.

The girl kid is given a variety of fundamental knowledge from the moment she enrolls in basic school, which is essential for business, wealth creation, and educational advancement. Additionally, if she pursues higher education, she will receive top-notch training that will enable her to support national development. The girl-child will be able to work harder and earn more money thanks to the abilities she gains through her schooling. Investing in a girl’s education will undoubtedly significantly boost her future wages.

11. Reduce the amount of infant mortality

Children of illiterate moms are more likely to pass away from diseases including tetanus, measles, whooping cough, poliovirus, and others that may be avoided. For instance, some illiterate moms in rural areas refuse to let their kids get the immunizations they need, which causes pain and financial hardship for the kids and the family.

On the other hand, moms who received an education were more aware of illnesses and ways to avoid them. Therefore, a mother’s education degree correlates positively with the likelihood that her child will survive infancy.

12. Have a positive impact on the education of future generations

The saying “If we educate a boy, we teach one person” is common throughout Africa. We can educate an entire nation and a family if we educate a girl. Education for girls is beneficial for future generations. In this sense, a girl child who receives an education is aware of the advantages it offers firsthand. She will therefore probably make sure that her children receive an education when she grows up and becomes a mother.