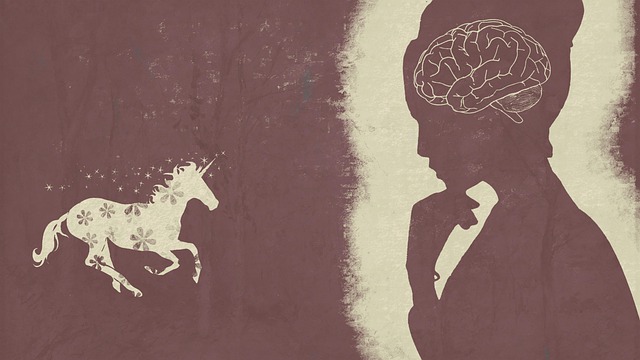 Despite the fact that some cultures value written records more than other cultures, oral tradition is important in all communities. These customs provide explanations for how things are and, frequently, how they ought to be. They also help people to educate the next generation and impart valuable lessons about the past and about life.

Oral traditions can be just as trustworthy as other non-oral methods of preserving and transmitting knowledge because many of them are highly organized and are told faithfully without alteration. Despite the fact that oral traditions might differ from teller to teller, variances are just as subject to disagreement as recorded narratives are. Thus, even if minor aspects of the story alter, the power of oral tradition can endure over the ages.

One of the earliest writings from Nigeria is the oral traditions. It involves a way of communicating amongst people in which information, artistic concepts, and cultural artifacts are acquired, preserved, and passed down orally from one generation to the next. In Nigeria, oral tradition has been crucial in maintaining and disseminating historical knowledge and has served a variety of purposes. The majority of the time, this historical knowledge is passed down orally and through songs, ballads, folktales, prose, chants, and melodies. The significance of oral tradition in Nigeria’s history will be examined in this article.

Those who transmit oral tradition in a family.

In Africa, everyone is involved in the tradition’s transmission, especially if it has an impact on the education of the youth. The immediate family participates in the information transfer process just as much as griots, who are true experts in their field, storytellers, singers, or African writers who have attempted to incorporate tradition into their works on occasion in the past.

In Africa, it is very common for the mother to raise the girl and the father to raise the son. In some cultures, the boy’s uterine uncle has a greater influence on his upbringing than his father. In comparison to his father, he is more open and eager to engage in conversation with him.

The young boy who goes to the farm with his father or uncle, the young girl who helps her mother, who goes to the well with her, receives not only technical instruction but also all possible information about the natural habitat or the social life, with the task they are working on or the contacts they make along the way serving as the pretext.

It is their duty to pass down the tradition to future generations in accordance with the knowledge gained through experience and also based on their availability. They are present everywhere as significant instructional agents in disciplines not directly related to the economy, particularly in oral education.

Their contribution to the social integration plan is not in any way minimal. Between the past and the present, they serve as a hyphen. The young child frequently lives with them after being weaned or when, at age 4, he starts to notice objects and ask questions.

Contrary to the relationship a child has with his parents, one observes that the one he has with his grandparents is marked by a sense of equality, complicity, implicit alliance, and a predisposition to joke.

It is crucial to remember that in Africa, any elderly person, whether or not he is the insider’s grandparent, might interfere with the transmission of a custom. Older individuals are available resources who can use their expertise and memory to aid in the education of young people after they are relieved of their daily responsibilities.

Importance of oral tradition in Nigeria

Before the written word was invented, stories were used to pass down historical events from one generation to the next. People used narratives to preserve their historical past. Every society has a historical and cultural legacy that its members cherish. These are passed down orally through the storytelling tradition. This shared body of knowledge not only discusses daily occurrences but also passes down, from generation to generation, the history of individuals and cultures.

Storytelling was employed back then to educate people, preserve oral history, and spread cultural norms in Nigerian civilizations because there was no civil schooling available. Since most people in the period had no knowledge of writing, storytelling was employed as an oral form of dialogue. Making sure historical events are recorded and passed down from generation to generation has been made possible in large part through oral tradition.

2. Oral tradition is a medium of education

Storytelling, an oral tradition, was once used by parents to educate their children or as a means of community participation. Most nights, farmers who had spent the day working on the farms would unwind and begin telling their kids stories. These tales all had moral teachings in one form or another. Parents used this medium to impart respect, moral ideals, social conventions, and information about the people’s history and culture. Children are taught a variety of locations, names, and sites and their purposes, as well as a list of previous kings.

3. The identity of the people was preserved through oral tradition

People’s identities were retained through the channel of oral tradition. Storytelling was intended to help children comprehend specific knowledge about their culture and origins. Oral tradition was employed in both formal and informal contexts to pass down certain cultural norms, protecting the actual identity of the people and passing them down to subsequent generations.

4. The promotion of listening skills was done orally.

Oral tradition in the form of storytelling was employed in preliterate Nigerian civilizations to foster listening skills in young Nigerians. Oral inscriptions in the form of stories were passed down to young children by their parents, grandparents, and other senior family members. By honing their listening skills and learning about their heritage, young children were able to learn how to obey orders from their elders. The elders’ wisdom, expertise, and strength were demonstrated through storytelling for the older listeners. These specific collections of tales were occasionally merged into proverbs, which are succinct, excellent sayings that convey a conviction or piece of advice.

5. Oral tradition influenced the way of life in the community

After the day’s work, people used to congregate in the village square every evening in Nigerian communities at that time, especially in the rural areas. They would assemble to enjoy music, dances, and spectacular stories that took on different personas. This unique oral tradition takes the shape of a folktale and has a distinctive element that combines singing, acting, dancing, and music. This is crucial to Nigerians’ sense of community and shows how they live in a collective manner.

The history of the Nigerian people was preserved through these folktales, and people gained a lot of knowledge from them. Folktales served as a symbol of society’s values.

6. People’s history is made available to them by oral tradition

Oral traditions were easily comprehended by all people in pre-literate Nigeria. Because all that was necessary was to listen, it was convenient for both the educated and the illiterate. Oral tradition serves as a useful method of knowledge transmission since it is in a language that is universally understood.

7. The reconstruction of history is aided by oral tradition

Written sources provide evidence from oral traditions. Oral tradition serves as the basis for many historical sources. Multiple sources are necessary to tell a story. Oral tradition filled the gap by offering this proof.

Oral tradition provides access to information about cultural ideas as well as other historical artifacts. There were narrators in practically every area. Anyone looking for information might easily get in touch with those who were actually involved to learn more firsthand. As long as the material is accessible, anyone looking for historical or genealogical data can easily obtain it.

9. Oral tradition is a cheap method of knowledge transmission

The best advantage of oral tradition is that it is the cheapest and, presumably, least expensive method of knowledge transmission.

The elderly were always prepared to offer free information. This lowers the cost of this source. It was not a perk for grandparents to read books to their grandchildren.