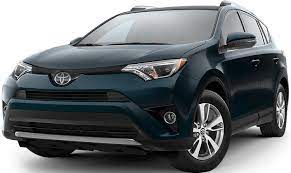 Among the earliest car-based crossover SUVs in the market, the Toyota RAV4 stands out. It is currently on of the most selling automobiles in the United State of America – while it’s the 5th generation. The Toyota RAV4 can seat at least 5 people. It has compact dimensions.

This auto comes with a 4-cylinder engine, with all-wheel and front wheel drive. That’s not all, you will get them in plug-in hybrid drivetrains.

This Toyota product fits well with small families. Keep reading to find out about the prices of Toyota RAV4 in Nigeria.

How much is the price of Toyota RAV4 in Nigeria? This model of RAV4 is between N15 million and N30 million. 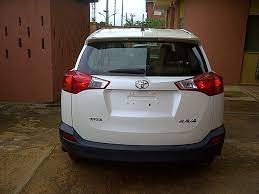 This vehicle is reliable and has an above-average rating in terms of performance and strength. RAV4 2015 comes with a 2.5 liters I-5.

The Toyota RAV4 2015 is a crossover compatible with the Venza. It is sold in Limited, XLE, and LE grades. Its horsepower is 176 and has a torque of 172 lb-ft paired to a 6-speed automatic transmission, configured in a front or all-wheel drive.

A Toyota RAV4 2014 model in Nigeria costs at least N4,500,000 and above (fairly used). This model of RAV4 is a great compact SUV. It gives you good cargo capacity as well as some generous seating space.

Toyota RAV4 2014 has a good number of features that enhance great riding experience.

Another great compact SUV, Toyota RAV4 2013 is built with with sound fuel efficiency. Its engine has decent power, gives a placid ride.

This RAV4 has a good cabin design, a well refined engine, and built with quality materials. It steers and handles just like a car. The interior is neat and cozy, and has lower repair cost.

A used 2005 model of Toyota RAV4 goes for a minimum of N1,100,000 in Nigeria. It has a refined and good fuel-efficient engine. Comes with stability control standard, and ABS. RAV4 has an exemplary build. Designed with a thoughtful cabin, RAV4 2005 steers just like a car.

Do you want to buy the 2012 model of Toyota RAV4? The cost of a Toyota RAV4 2012 in Nigeria starts from N2,700,000. Features include fuel economy, capacity, dimensions, engine, and good horsepower.