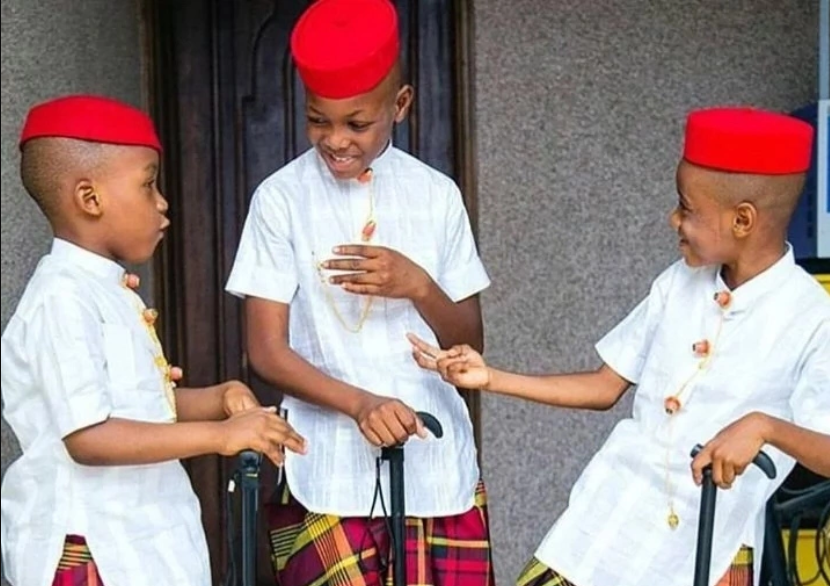 The Igbo ethnic group is one of the major ethnic groups in Nigeria. Known for its deep cultural roots, advanced linguistics and animism, the ethnic group is well respected for its versatility and resilience especially in commerce.

As in other places in Africa, Igbos don’t just give a child any name they fancy, but give their children names that carries deep meaning, either as a prayer, a supplication or a description that shows the relationship of the child within the family or ties to his or her ancestors.

What are the best Igbo names?

All Igbo names are beautiful because of the deep meanings and thought attached to the name. Some of the best Igbo names are Uzodinma, Onyekachi, Somtochukwu, Ikechukwu, and Tobenna.

What is the rarest name for a boy?

Due to the rise of Pentecostal Christianity in Nigeria, many indigenous names are constantly being replaced with ones which venerate God. As such, a lot of names in Igboland, which were common before are now rare. Examples of male Igbo names that are now rare include, Maduka(‘People are better’), Utondu(‘Sweetness of life’), Ikemba(‘Strength of all’), Zimife(‘show me the light’), Obiefuna(‘Let the Family line not be lost’) and Azubuike(‘Your history makes you strong’).

What is first son called in Igbo?

Opara (or Okpala or Diokpa depending on the dialect) means first son or first male child born into a family in Igboland. In the Igbo culture, this name is typically borne by the first surviving son of a man, who had done the necessary burial rites of the father. The first son has a lot of power in decision-making prowess of the family.

Is Amanda an Igbo name?

Despite it being a common name in Igboland, Amanda is not a name of Igbo origin. Now coined to form names like Chimamanda (‘My God will not fail’), Amanda is a Latin name that means ‘worthy of love’. It is used as a name for girls with the masculine version, Amandus used for boys

Is Dumebi an Igbo name?

Dumebi is an Igbo name given to boys (Also check out Yoruba names for boys). It is the short form of Chukwudumebi, which means ‘God leads my life’ or ‘God lives with me’.

What does Amara mean in Igbo?

Amara means Grace, Mercy, or Kindness . In Igbo culture, with the appropriate suffix, This name can be given to both male and female though it is very rarely used as a name for boys. Common variants of the name include Amarachi and Amarachukwu, which means ‘Grace of God’.

What does Omo mean Nigerian?

Omo is a word originating Yoruba ethnic group, meaning ‘child’. It however has acquired a colloquial pop culture meaning and is used to express shock, surprise or awe at an event or person. For example, “She was so angry she actually slapped him! Omo, we were all surprised!”