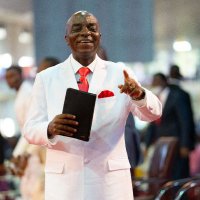 Despite the recent global chaos, people, including religious leaders, are defying the odds to conquer obstacles similar to everything else rescued from a once-in-a-century plague.

You have to wonder how some of these pastors got to their current positions. Some of these powerful men of God are pastors of mega churches that have spread across the globe. They also self-published books, CDs, and made other investments such as the construction of schools and universities, to name a few. God truly blesses all who faithfully serve Him!

Names and net worth 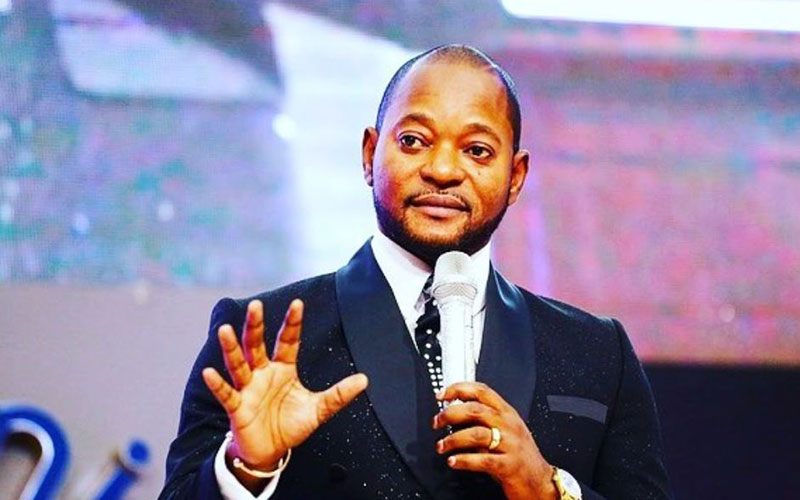 Pastor Alph Luka is the founder and pastor of Alleluia Ministries International which he founded in 2002 in South Africa. He was born On October 25, 1974. Pastor Alph Lukau is married to Celeste Lukau, a beautiful woman who assists him in his ministry work. The couple has three sons together.

Bishop David Oyedepo is  the founder and lead pastor of the Living Faith Church also known as Winners Chapel founded in 1983. He was born on September 27, 1954. He married his wife faith Abiola Oyedepo and the couple are blessed with four children. He is founder of World mission  Agency (WMA), Dominion publishing house and the social Development mission project which comprises of a lot of things including schools, hospitals and maternity homes. 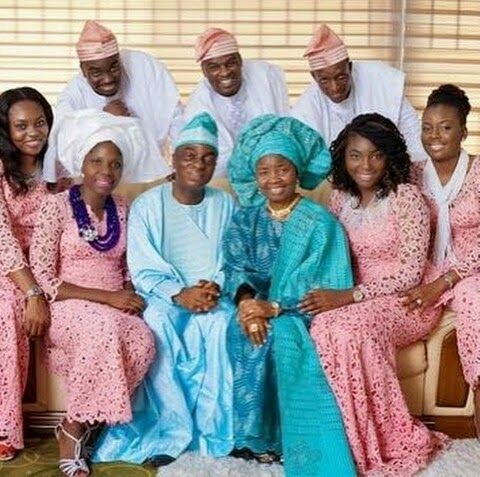 Bishop David Oyedepo is currently one of the wealthiest televangelists in the world. He is the founder and chancellor of Covenant University and Landmark University, both of which are world-class universities in Nigeria. He is an author of several bedtselling books.The living faith church has become a global network of churches with branches all over Nigeria and over 65 countries including Dubia and united  State. It has it headquarters in canaan land  otta, Ogun State Nigeria.

prophet Shepherd Bushiri is a Malawian prophet and the founder of the Enlightened Christian Gathering (ECG), a South African-based organization. The man of God was born on February 20, 1983 into a Christian family in Northern Malawi.

He is a Preacher, motivational speaker, author, businessman.  Shepherd Bushiri Investments is based in sandton near Johannesburg, in relation to  mining, real estate, airline and other entrepreneurial enterprises .The church has headquarters in Pretoria South Africa, with branches in other African countries and around the world. 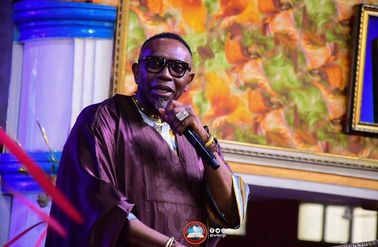 He is the founder of the Word of Life Bible Church based in Warri, Nigeria. He is married to Helen Oritsejafor who serves as a co pastor  and they have three children together. The church is a Pentecostal Mega Christian Church and It is has one of the largest congregation in Nigeria. The church now has congregations in over 70 countries  worldwide. 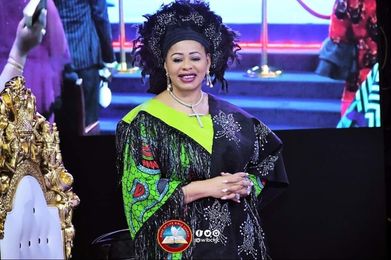 The  preacher was born in Ifewara near Ife city, Osun State, Nigeria on March 2, 1942. In 1967 he received his bachelor’s degree  in mathematics and married his wife  Foluke Adenike Adeboye in 1967 and they are blessed with four children.

Pastor Adejare Adeboye joined the Redemed Christian Church of God in 1973 and served as an interpreter to the founder before he was ordained a pastor in the Church by Pastor Josiah Akindayomi in 1975. In 1981 he  became the  General Overseer of the church.

RCCG has around 20.000 branches in Nigeria and has expanded to around 200 countries in the world including Europe, UK,   under the leadership of Pastor E.A Adeboye. The church has published many devotionals including open heaven.Notable special spiritual programs are the Holy Ghost Service which holds on first Friday of every month in Nigeria. Then the annual Holy Ghost Convention(August) and the Holy Ghost Congress (December) in Nigeria and beyond with diverse schedules. 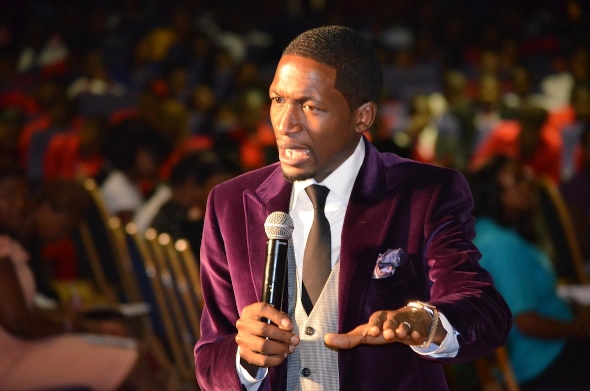 Pastor Uebert Angel is the senior pastor of the Goodness Church  formely known as Spirit Embassy based in the United kingdom. He founded the church in 2007 and he is currently one of the richest pastors in the world .

The pastor is married to Beverly Angel and the couple has a son name Uebert Angel jr. 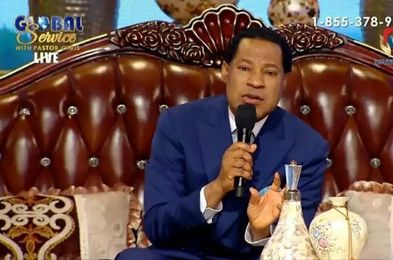 Pastor Chris Oyakhilome, a well-known Nigerian preacher and healer, was born on December 7, 1963. As an undergraduate, he created his ministry, Love World Incorporated, also known as Christ Embassy in  1987. Love World now has hundreds of thousands of fans and followers from nearly every continent. His ministry owns LoveWorld publication and LoveWorld records which has produced great singers such as sinach, Frank Edward and Eben.

Pastor Chris owns a network of LoveWorld satellite all over the world which include LoveWorld TV in UK, LoveWorld USA in America, LoveWorld SAT in South Africa, LoveWorld in India and LoveWorld PLUS in Nigeria. He holds great teaching and healing crusades like Higher life Conference and Night of Bliss with thousands of attendance. 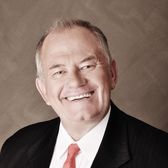 He is Rhema Bible Church’s founder and leader. Ray McCauley is a prominent South African religious leader and Senior Pastor of Rhema Bible Church. He is the President of the International Federation of Christian Churches (IFCC) and co-chair of the National Interfaith Council of South Africa(NICSA). Pastor Ray is an author and former champion bodybuilderand author of several  bestselling books. He is currently one of the richest pastors in the world.

Prophet T.B Joshua founded the synagogue Church in 1987 which has it headquarters in Ikotun Lagos State. He was born on 12 June 1963. 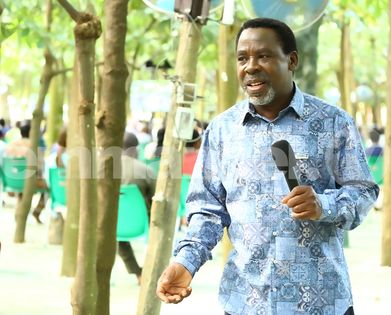 He is the leader and founder of The Synagogue, Church of All Nations (SCOAN),  a religious
organisation that runs the Emmanuel TV television station from Lagos, Nigeria through which millions of lives are touched. He is a philanthropist and a televangelist. 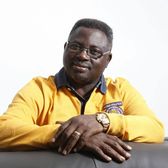 He is one of the wealthiest pastors in the world deriving his income from sale of books and Christian literature from his media company, Mathew Ashimolo media. He is a televangelist who host the winning program on a daily basis which is broadcast in different countries including Nigeria, Zimbabwe, Ghana, USA, and Europe. He started his ministry in 1992 and it grown to become a mega church.

1. The Church of Jesus Christ of Latter-Day Saints (LDS Church). It is the largest Christian denomination in the United State.

4.The Church of England, England

10. The Basilica of the Sacred Heart at Notre Dame University in Indiana.

Net Worth. $180 Million. Bishop oyedepo was born on September 27th, 1954. He founded the  Living Faith Church Worldwide (Winner’s Chapel International) Nigeria. He is currently one of the richest pastors in the world .

Net Worth. $ 60 Millio. He is the founder and led pastor of Believers Loveworld (The Christ Embassy Church Nigeria which branches are spread all over the continent.

Pastor joel Osteen was born on March 5th, 1963. Net worth: $ 40 million.  He is the senior pastor of Lakewood Church, located in  United States of America.

Net Worth $ 150 Million. Born on March 2nd, 1942. He is the General overseer of The Redeemed Christian Church of God( RCCG) with headquarters in Nigeria but has branches  across the nation.

Net Worth: $27 million. Born January 28th, 1962. He is the senior pastor of World Changers Church Internationaln United States of America.

Born inDecember 3rd, 1936. Net Worth of $ 25 million. He is the founder and senior pastor of  Kenneth Copeland Ministries in the United States of America with thousand of members in attendance. He is currently one of the richest pastors in the world.

Net Worth: $ 25 Million. Pastor Benny Hinn is a popular televangelist who has a mega church named Orlando Christian Center located in the United States of America. He was born on dcember 3rd, 1952.

Net worth: $10 million. He was born in  June 12th, 1963 and the founder of Synagogue Church of All Nations Nigeria.

Net Worth: $5 Million. He is founder and senior pastor of The New Creation Church located in Singapore.

Many non-mainstream churches today are exhibiting the same vigor as conventional churches at the turn of the century. The gospel is being spread far and wide by teleevangelism.