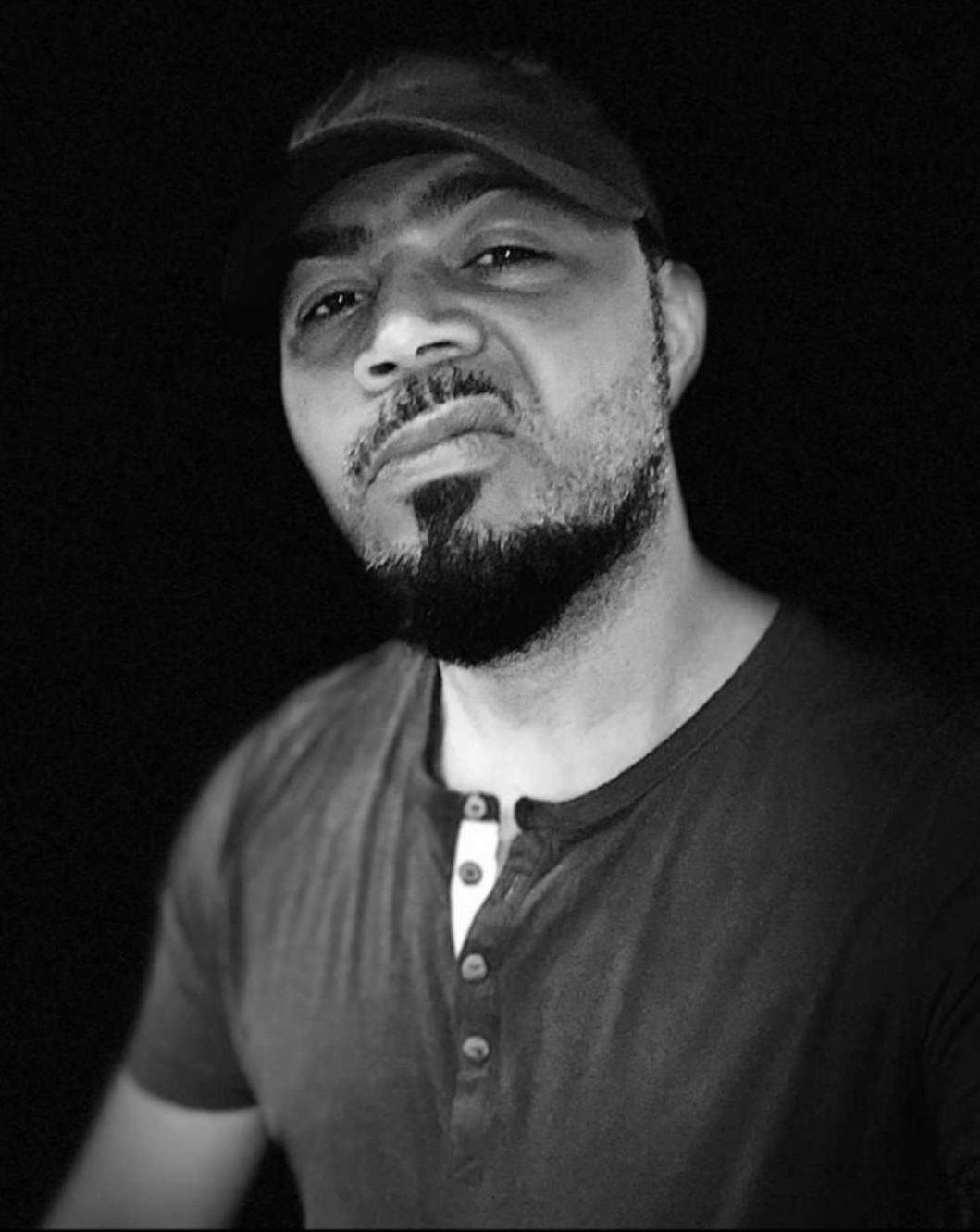 Ramsey Noah (Ramsey Tokunbo Nouah Jr.) is a very famous Nigerian actor – well known for his numerous “Lover Boy” roles in Nollywood movies. He was born (on 19 December, 1970) in Edo State, Nigeria, to a Yoruba mother and an Israeli father. His mother is from Owo, in Ondo State.

Before Noah began to pursue his acting career, he went to the University of Lagos to obtain a diploma in Mass Communication.

The handsome actor began audition with TV shows. At first try, Noah won the role of Jeff in “Fortunes”, a hit TV shows.

After gaining some acting experience, in 1996, the star actor was seen making his major feature movie debut in the “Silent Night”. Befor thjs time, Noah has worked in several Nigerian home videos that never came out as a result of lack of enough funds. He later took several roles in romantic movies and was swift to be tagged “Lover Boy” by his fans, even till date.

In 2004, the talented Nollywood actor was featured in a movie “Dangerous Twins”. This movie was a first of its kind in Nollywood. Why? A single actor was able to embody two different characters. Noah happened to play the roles of both good and bad twin perfectly. 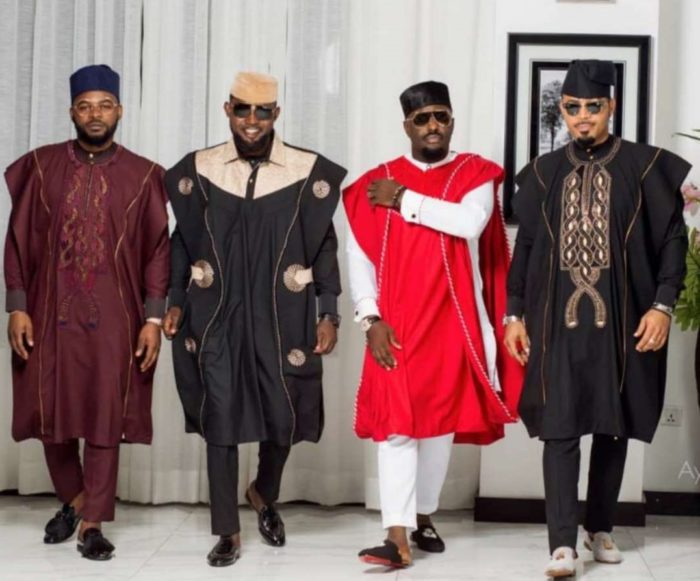 Ramsey Nouah has been a married man for more than 17 years now. The handsome actor is married to Emilia Phillips-Nouah. His private life and marriage is kept away the public.

Their marriage is blessed with two sons and one daughter – Quincy Nouah, Camil Nouah, and Desiree Nouah.

The lover-boy actor was born in Edo State, Nigeria – to a mother from Ondo State and  an Israeli father. He is also a director. Nouah grew up in Surulere, Lagos. This is where he had his primary and secondary education, Atara Primary School and Community Grammar School respectively. Ramsey Noah later proceeded to obtain a diploma in Mass Communications – at the University of Lagos, Lagos State, Nigeria. After this, he went on in pursuit of his acting career.

Today, Ramsey Noah is well known in Nigeria, Africa, and around the world – especially for his charming roles while playing the lover boy. In 2010, Noah won the Africa Movie Academy Award for Best Actor in a Leading Role. In 2019, the talented actor also made his directorial debut with the film “Living in Bondage: Breaking Free”. 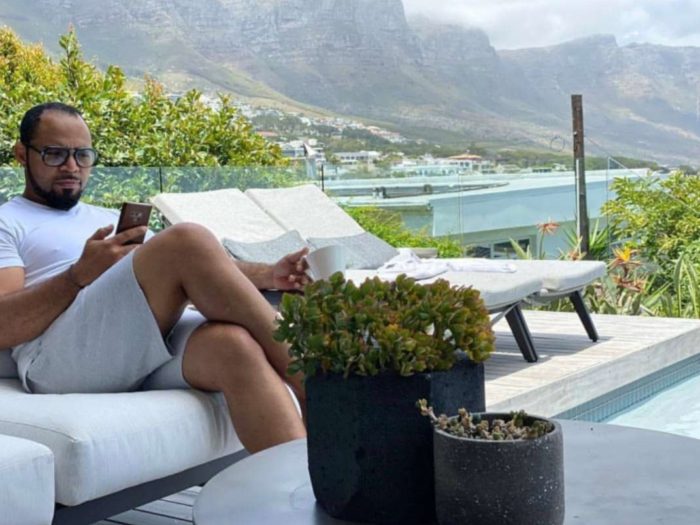 Ramsey has been one of the most loved actors in Nollywood. He loves what he does and his family is always there to support him.

The charming actor has been married for over  17 years and keeping a happy family. Ramsey is married to Emilia Phillips-Nouah. Although his private life and marriage is kept away the public, we still managed to get a bit about these.

The couple’s marriage is blessed with two sons and one daughter – Quincy Nouah, Camil Nouah, and Desiree Nouah. 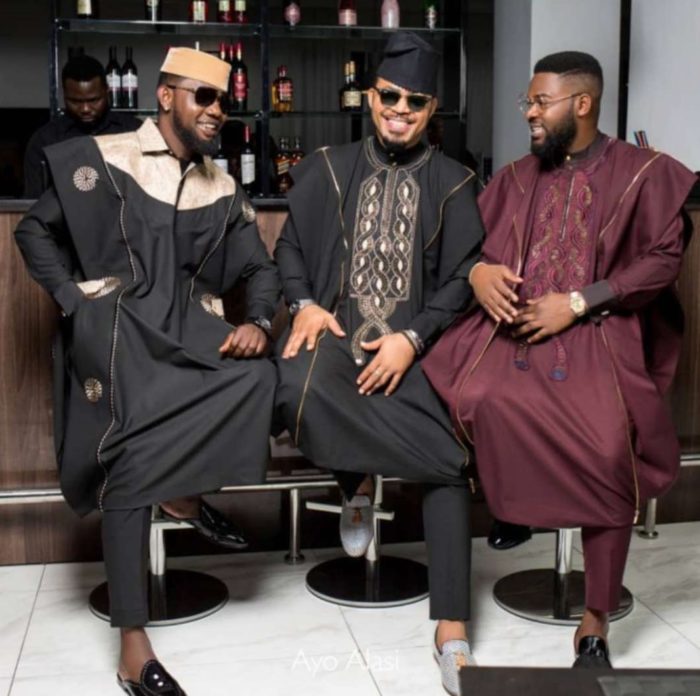 As often, fake news always seem to be plotted about celebrities. This was a case for Ramsey Nouah.

Sometimes in 2017, there was rumours that Ramsey Nouah died as a result of a car crash, while his friend was at the wheel of his BMW. This was false.

Again in 2018, some fake news about is death circulated. It was said that he was shot dead by armed robbers who attacked him in his house.

Well, all are fake. The Nollywood actor is still alive as very healthy. 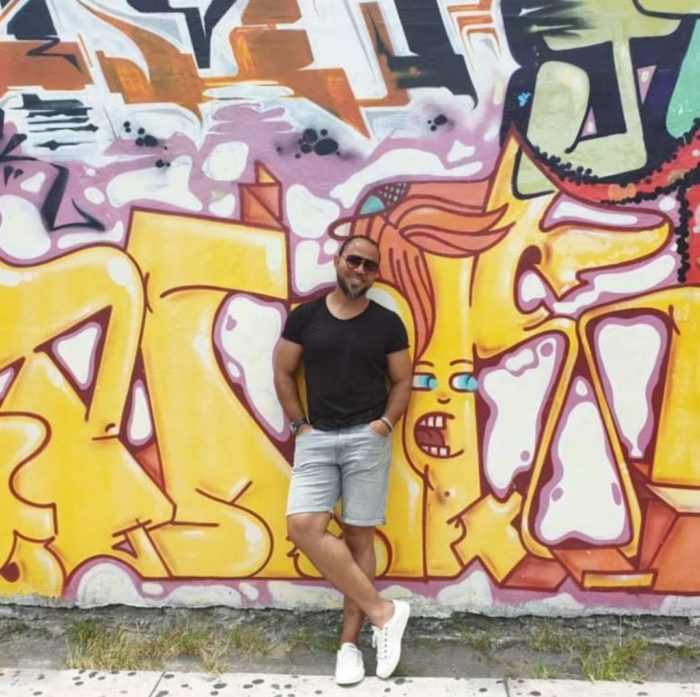 Ramsey have appeared in many Nollywood movies since he began his acting career. We can say, he is a fantastic acror!

Below are some of the movies he starred in: 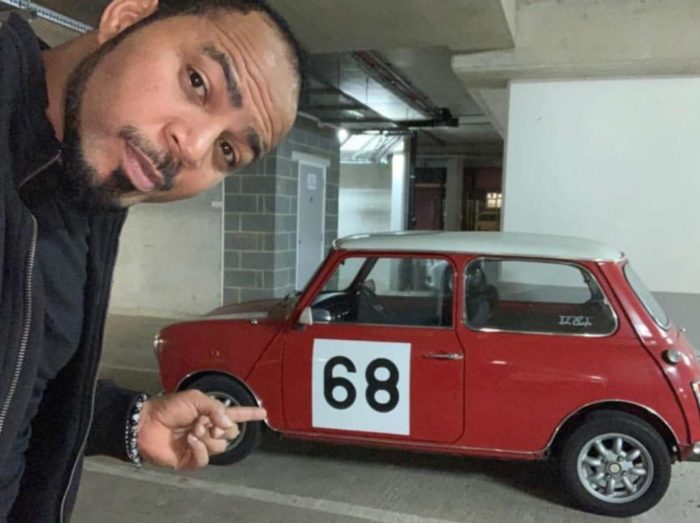 Ramsey Noah and His Wife

Ramsey Noah is being married to his beautiful wife, Emilia Phillips-Nouah, for over 17 years now. Their marriage is blessed with three kids, two sons and a daughter. 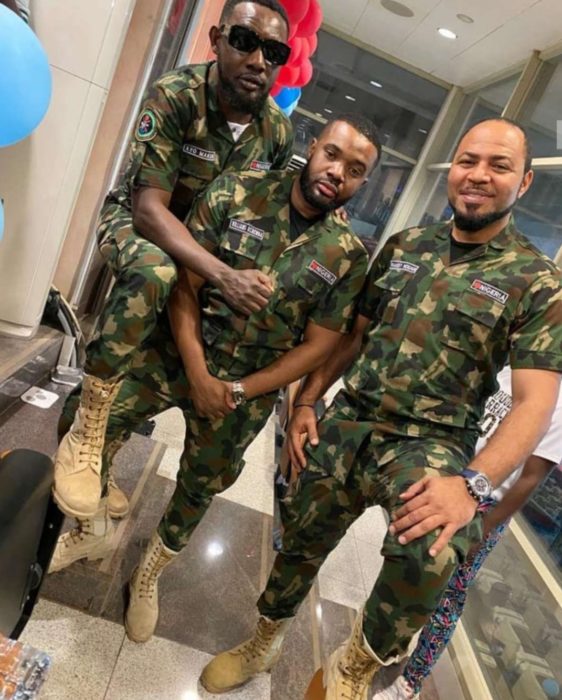 Yes, he is still alive. Many rumours has spread about the popular actor being dead. That’s all it is, a rumour. Ramsey Noah is very much alive. And very healthy having a good time with his family and career. 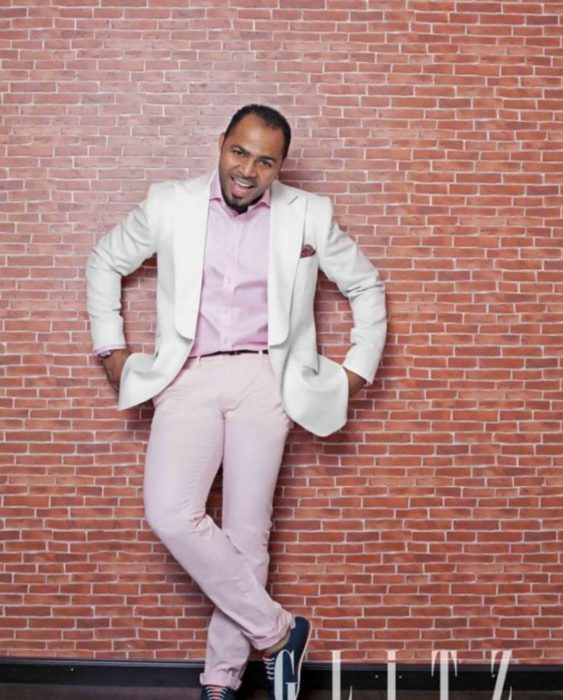 Ramsey is married to Emilia Phillips-Nouah. Together, they have 3 lovely children.

Almost all the movies Ramsey star in are superb. He is so good at his craft.

Below are Ramsey Nouah’s top 3 movies:

Check out the top 5 movies download sites in Nigeria here. 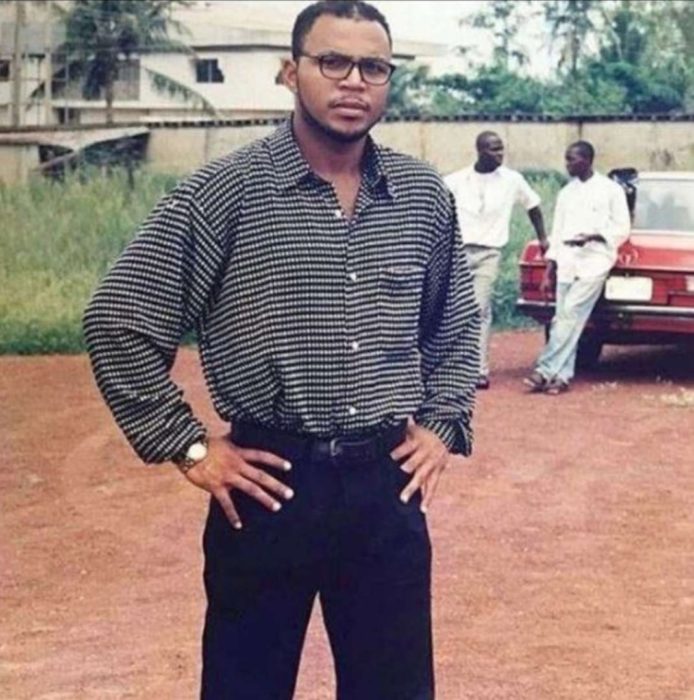 Sure, Ramsey Noah is a very successful actor and director. With this comes good dough in the bank account. The actor is one of the richest Nollywood actors – his net worth is around $250,000.

Ramsey Noah is still alive. He is not dead.

There have been several fake news claiming he is dead. From having wast pain during a movie set, to having a car accident, and being attacked by armed robbers – all are fake. 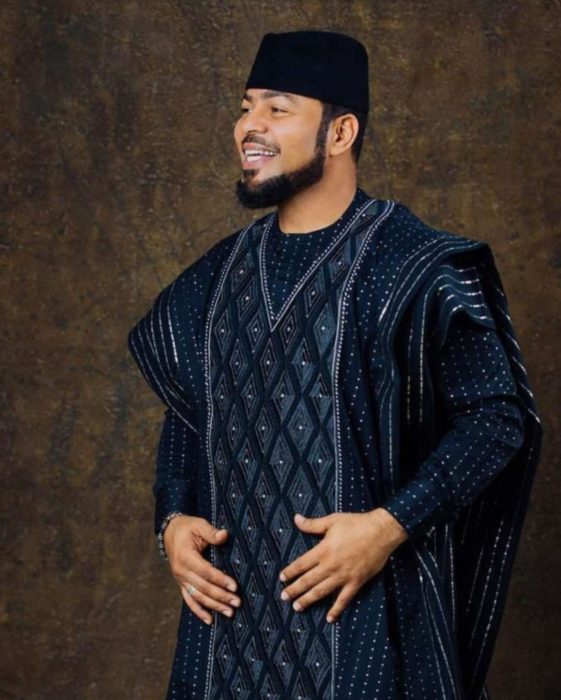 Ramsey Noah (Ramsey Tokunbo Nouah Jr.) was born in Edo State – to an Israeli father and a Yoruba mother (she is from Owo, Ondo State, Nigeria).

The 2020 edition of AMVCA (Africa Magic Viewer’s Choice Award) was fun. The 7th edition of this event was held at the Eko Hotels and Suites, Victoria Island, Lagos State, Nigeria – on a breezy Saturday night.

Ramsey Noah had four nominations – this was the highest score among others for this edition of AMVCA.