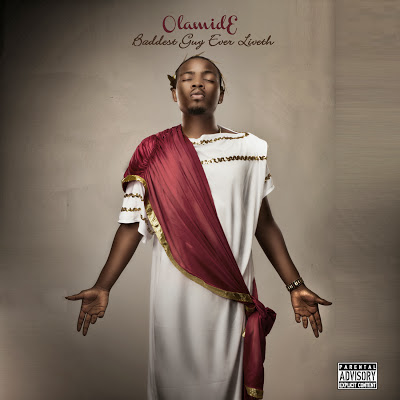 After emerging from Bariga, Baddo first pierced the mainstream with his brash bars that positioned him as a rebel with something to prove. He then captured the attention of a generation with his anthemic works, which condensed conceptual narratives on hedonism, life in Lagos, and the forces that influenced culture into numerous hit singles.

All of this was accomplished while maintaining a production level unheard of in Nigerian music. From 2011 to 2017, Olamide released at least one project a year while appearing as a guest on an untold number of songs to cement his name in the nation’s current popular culture and guarantee his music would be played frequently.

Olamide’s 2020 album, Carpe Diem, represented the next phase in his career’s evolutionary arc. It helped him transition musically into elder statesman territory and further demonstrated his talent as a musician. The following are all of Olamide’s 12 studio albums.

Rapsodi was the first Olamide’s album and it contains 16 tracks.

The YBNL (Yahoo Boy No Laptop), Olamide’s second studio album, was released. With 20 songs, it was one of Olamide’s biggest album.

Read all about Olamide’s son here

This album contained 21 songs and was Olamide’s 3rd studio album:

The street OT was Olamide’s 4th studio album released in 2014 and had 22 songs on it:

This album marked the beginning of collaboration between Olamide and Phyno and ever since then they have maintained that friendship till now.

2 Kings, contains a total of 10 songs in its track-list.

This was Olamide’s 5th studio album and contained 21 songs:

Olamide again came out with a street banger on this one, and “wo” was certainly one of the most popular hit on this album.

The title of this song was really worth it as Olamide had to sign and team up with some street Mafians to make this possible.

The rapper Olamide from Nigeria’s extended play is titled 999.  Pheelz, ID Cabasa, Eskeez, and other musicians received credit for the music creation, which was made available on February 9, 2020 via YBNL Nation. A follow-up to his 2018 collaboration project, Project YBNL Mafia, is the EP.

Rapper Olamide from Nigeria has released Carpe Diem, his eleventh studio album, through the American label and distribution company Empire Distribution.  On June 1, 2021, Carpe Diem passed the 500 million stream threshold across all dsps, according to The Olamide Music Chart on Twitter.

Olamide, a Nigerian musician, made his debut in 2010 with vibrant, approachable rhymes, an exhilarating flow, and a youthful swagger. His breakout song, “Eni Duro,” which he raps in both Yoruba and English, demonstrated his unmistakable confidence and established the then-21-year-old musician as a rising sensation. With contemplative tales of struggle and grief that give hope to a new audience, he has established himself as a symbol of Nigerian hip-hop and a self-described “voice of the street” after more than a decade and a dozen releases.

It was unclear how Fireboy DML’s entry into the global music market would proceed when Olamide’s label, YBNL, which is home to Fireboy DML, signed a deal with American music firm Empire last year. He had rarely appeared interested in working with musicians outside of his home nation or in gaining fame outside of his small-town scene before that point. He experimented with the 999 EP in 2020, which leaned more toward his rap proclivities. Following that, he released the more eclectic and popular Carpe Diem, which had hits like “Infinity” and “Loading” that served as the music for numerous outdoor gatherings.

Olamide’s sound was completely reconstructed for Carpe Diem, shifting from his early gruff style to a more relaxing one, with mid-tempo beats enhancing his tales of love, hustle, and celebration. The idea exuded a sense of newness that suggested a professional redefinition for him. His most recent album, UY Scuti, adopts a more straightforward strategy but continues this growth. He has previously swung between pop songs with street slang and love songs in the past. The sensibility of UY Scuti is reduced to a mellow, melancholy flow. Olamide’s melodious voice and laid-back appeal lighten the emotional honesty and romantic narratives that abound in the 10-song EP.

Olamide will continue to thrill his fans decades from now as is one the finer rappers in the Nigerian music scene.