Pascal Gabriel Dozie is a Nigeria Business mogul and investment expert. He hails from Egbu in the Owerri local government area of Imo State, in the Eastern part of Nigeria. He was born on the 9th of April, 1939.

He completed his elementary and high school in his local government before going to London, England to further his education. He studied Economics at the London School of Economics. Afterward, he did his Masters in Administration and earned his degree from City University in London in 1963. Before the start of his master’s program at City University in London, he studied Operational Research and Industrial Engineering in the university. 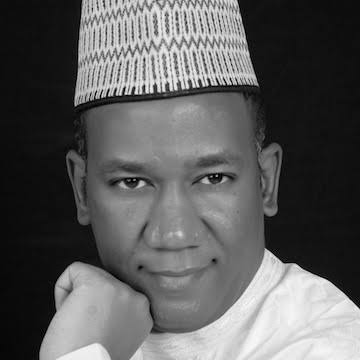 After completing his education in the United Kingdom, he returned to Nigeria. Upon his return, he settled in Lagos the then capital of Nigerian, and started a private consultancy firm. His firm was one of the first ones established by a Nigerian in the country. It was called the African Development Consulting Group.

All through his life, he has never worked under anyone, which is remarkable when you consider that he is from a country where working for the government is almost a culture. The growth of his consultancy firm was made possible because he had lots of consultancies from large corporations such as Nestle and Unilever. A few years later, he established the African Capital Alliance.

He remains a Non-Executive Partner of the firm. Also, he is the founder and chairman of Kunoch Limited. However, none of the companies he established brought him global recognition like Diamond Bank Plc.

He established the bank in the late 1980s. The notion to establish a bank came to him after careful study of the challenges faced by businessmen of Igbo descent. Chief of which was the issue of carrying a big amount of liquid cash to Lagos beaches of their trade.

These men often lost their hard-earned money to hoodlums who waylaid them on the roads. The diamond bank began official transactions in 1991. He is one of the pioneers of electronic cash transfer in Nigeria to help business travel with less cash for the business. The diamond bank began operation from a third floor in Victoria Island in Lagos State, Southwestern Nigeria with twenty pioneer staff. The bank capital at the time of inception was $28,000 with only 21 shareholders.

The bank was one of the most robust banks in Nigeria until 2014 when it was acquired by Access Bank. The process of the merger was completed in 2019. The merger enables every Diamond bank shareholder to earn two Access Bank Shares for every seven Diamond Bank shares owned.

Other business interests include ADIC Insurance Limited and Aluminum Extrusion Industries Plc. He is also the former president of the Nigerian Stock Exchange. He was a director of the Central Bank of Nigeria, and a few years ago he was the Chairman of the Nigerian Economic Summit Group.

Pascal Dozie is married to the lovely Chinyere Dozie and they have five children. They also have more than ten grandchildren. Their first son took over from his father as Chairman of Diamond Bank in 2006 when he retired from the bank. In recognition of his achievements as well as contribution to the country’s economy, he has received numerous awards.

Although Pascal Dozie is a successful businessman, he had his fair share of challenges in business. For example, in 2005 during the mandatory capitalization demand by the Central Bank of Nigeria that all banks in the country hold a minimum amount of N25 billion share capital which was a tall order for Diamond Bank at the time, it was a difficult period for everyone associated with the financial institution.