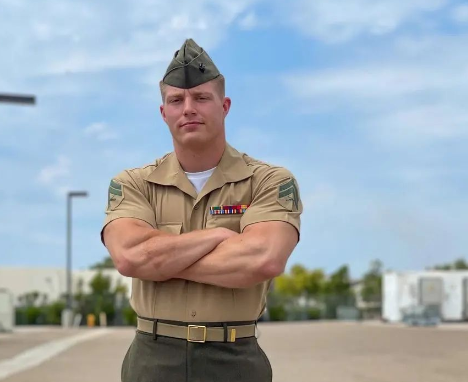 Today, I’ll tell you about a variation of the Nigerian scam in which the perpetrators assume the identity of an American military personnel.

It all starts with a simple Instagram search for the term “#marines.” A scammer makes the query from his house, and boom, the floodgates are opened. Thousands of photos of people in the US military uniforms pop out.

The scammer looks for a photo of a man who is good-looking. It is even preferable if such a person has a photo of their child, as this will make the scam more believable.

So, when a Nigerian scammer visits a dating app, they can use a VPN if such a dating app is locked from Nigerian users. He registers with a name with a couple of pictures and waits… This is pretty much the way you throw a hook in the lake and wait for the fish to bite.

The anatomy of a scam target

Certain characteristics or circumstances of a woman could indeed make her a very easy target for scams. In the US (as compared to Nigeria), there isn’t that sense of community in a living environment.

In Nigeria, for example, I can cross over to my neighbor’s house and chat with them all day and even eat or sleep there if I wish. I always have someone to talk to, and except in very high-brow areas, people often visit each other and it is very normal.

Compared to the Western world, where they have skyscrapers, everyone minds their own business, and you all call the cops on strangers…so nobody wants to intrude. The issue with this is that it boxes you in; you are all on your own in your own space, and to make it worse…winter is a constant. The westerners now have to spend months indoors and it all gets bad.

Add to that the fact that this particular female is divorced, has a child, and that child may have left for college. So she’s all alone in the middle of winter, with no neighbor to talk to, no husband to cuddle and no child to play with. Such a person, who is most likely in her 40s, would resort to online dating in order to try and connect with someone… anyone.

You will hardly see a Nigerian scammer trying to hook up a lady in her 20s.

Trust me, a typical lady in her 20s on a dating app is more likely to be rude, she has little disposable income, and she is also on the dating app in the hopes of probably finding someone who earns more than her.

How the scam works

So you match with a certain guy in the US military who is stationed somewhere far away. I mean, America has over 800 military bases, so the scammer can pretty much pick any random country and there is quite a high certainty that there is a US Army post there.

Actually, America has no military base in Nigeria… if you ask me, I will say it is geopolitics.

Back to the topic, so here is a woman in her 40s who is chatting with this good-looking divorcee, and he is sending her messages every day from a prepared script.

One day, she asked him for a video call, but he told her that he couldn’t do a video call with her because where they are is a secret military base, and enemy forces might intercept the call and use it to attack the base. He said that video calls are banned.

So, she sees reason with him and accepts the voice notes he sends. She is happy to finally meet someone who cares about her and who is in constant communication with her. However, the voice notes he sent to her are not in a western English accent; that is a red flag on its own, but she doesn’t care or she chose to ignore the truth.

One day, she calls him on the phone, but the line is not clear. Of course, the scammer has done this intentionally by rubbing his phone on his clothes and it makes a noise as if the line is breaking.

Our victim here is disturbed. He is the new love of her life. The man who professes his love to her day and night and she hasn’t been able to reach him for the first time in the two weeks they have been chatting. He knows she is hooked. That is why he offsets her balance by cutting off communication.

She is now worried that she hasn’t been able to reach her lover for a day now. He would later text her that his iPhone was bad the other day and he doesn’t have access to money until he leaves the base, and perhaps if she could send him some money to replace the phone.

And there goes your $1000 or whatever it cost to buy an iPhone.

But the scam doesn’t end there. He keeps chatting with her even more, and he goes to his archive of scams and looks for a photo of a hand that had a fairly deep cut on it.

A week or two after collecting money for the phone, he sends her a voice note with a palpitating voice. He told her they were attacked by the enemies and he was lucky to escape with just a bruise. He tells her that he needs medical attention as his office has no idea where he was and that his hands need to be stitched, among other injuries.

She hears the terrible ordeal that her lover is in and hurriedly goes to wire him another $500 to settle the hospital.

And that is how it keeps going, and I can certainly give other swindle examples.

Lots of times, the victims might later find out that the guy is a scammer, but they can’t move on from him, and some will even beg the scammer to keep chatting with her. They just don’t want to get out of that fantasy.

I think I enjoy these scam series and I plan to write more about it. You can read my other related articles as well.

Here is an article on the words that means scam in Nigeria.