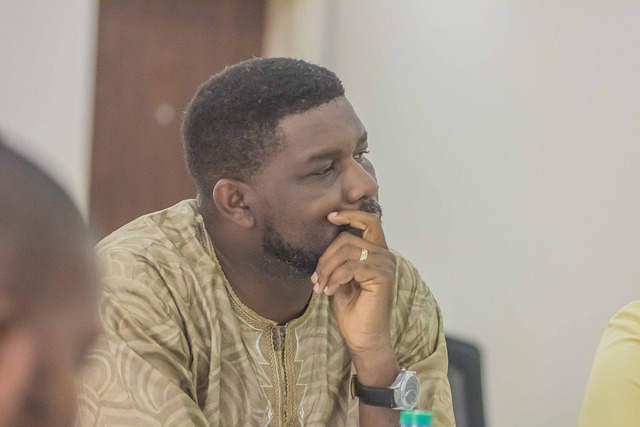 The Yoruba film industry has lasted through generations of performers and has always been significant in the country’s entertainment sector. We can’t overlook the efforts of practitioners who have stood the time despite the numerous obstacles.

The Nigerian entertainment industry is brimming with celebrities that showcase their talents in both Nollywood and music. These are actors and actresses from various tribes who work in the entertainment business to make it more enjoyable.

The Yoruba people are no exception since they have a large number of performing artists. In this post, we’ll look at these actors and actresses and spotlight a few of the most well-known.

Odunlade is the most well-known Yoruba actor, and he is also the tribe’s most prolific Nollywood performer.

Adekola has acted in over 100 films, including Farapamo, Emi nire Kan, Fayebora and much more. He is one of the most well-known and versatile Yoruba actors. You may argue that he is the finest actor in Yoruba cinema. He has three children with his wife Abosede.

Mr. Adedimeji, as he is called, is a TV moderator, actor, content author, and MC who rose to prominence after appearing in the film Kudi Klepto. Lateef is a versatile actor who is noted for his one-of-a-kind ability to become enthralled by films.

Tunde Tilapia, as he is known, is one of the fastest rising stars in the Yoruba cinema business, having appeared in over 100 films since his debut.

He began describing his experience and informing him about his passion for performing, which prompted Odunlade to accept him with open arms, giving Tunde his home address, and his narrative began to change.

Tunde was offered a part to play in one of Odunlade Adekola’s productions after meeting him, and he performed exceptionally well, earning him other roles in Yoruba and English films.

As he gained experience via acting, he began to improve, and today we have a celebrity by the name of Tunde Owokoniran.

Since he was a child, Femi Lateef Adebayo has been fascinated by the movie business; he is the proud son of his father, and when he sees his father on film, he wants he could be like him. His father is a source of motivation for him, which has aided in the development of his God-given skill.

Femi Adebayo is also a professional lawyer, and despite having all of the qualifications and a strong CV to pursue a white-collar job, he returned to the film business. It’s worth noting that Femi Adebayo practiced law for two years before launching his acting career.

His father’s position in the Nigerian film business aided his acting career, as he had the opportunity to meet and work with experienced Nollywood actors and actresses such as Iya Rainbow, Yinka Quadri, Jide Kosoko, the late Hubert Ogunde, and many more.

Femi Adebayo has acted in over 550 films in a variety of roles, and he is a seasoned actor who understands how to seamlessly interpret his characters. He has produced his own films, including, Iro Funfun, Jelili, and others.

We’ve also seen him in Nollywood English-language blockbuster movies, some of which have been released on Netflix, however, he prefers to act in Yoruba, which has led to his appearing in more Yoruba films than English films.

In 2015, the prolific actor earned the City People Movie Award for Best Actor, and among the notable films he’s been in include Ayitale, Anini, and a number of other films.

He became well-known in the Yoruba film business after his roles with Olaniyi Afonja and Muyiwa Ademola. He is well known for his role as Okunnu in one of the flicks, and he has appeared in over 100 films.

His talent to make people laugh has earned him a place in the hearts of many film buffs who like his comedic parts.

He began his basic education at Christ Church School in Ilaro and continued his secondary studies at Gazikia College in Lagos, which he was unable to complete owing to financial difficulties.

He received his technical training as a vehicle mechanic at Yaba Technical School in Lagos. He began acting in 1981 under the supervision of Awo Ademola Fagbemi, shortly after getting a job as an auto mechanic with the water corporation, . He spent nearly 13 years in the water corporation. In 1994, he left government service to pursue acting full-time.

Ogogo is a well-known movie actor who began his career as a mechanic. He’s a seasoned actor with a career spanning more than three decades. Mr. Hassan is a certified auto technician with a career in acting that spans over 13 years.

Other Male Actors are:

For her 2009 film “Jenifa,” Funke Akindele, 45, is the only Yoruba actress to win Best Acting AMAA Actress. She’s also the one who gets the most recommendations, which is one of the reasons she’s the wealthiest among her peers.

Akindele began her big-screen career as Bisi in the United Nations series “I Must Know,” alongside Caroline King and other renowned actresses. She returned to acting after graduating from the University of Lagos with a law degree. She has appeared in over 100 films with her own outfit, Scene One Productions, a film production company she founded in 2009. “Jenifa” was her debut film with the outfit, and she went on to create pictures including “Omo Ghetto,” “Eye Ketala,” and others.

Her brief marriage to Almaroof Kehinde ended in controversy, but it had no detrimental affect on her career, as she continues to shake the film world with fresh performances.

With films like ‘Aina Orosun,’ ‘Oro Asoti,’ and the comedy ‘Opa kan,’ he has continued to develop as an actor and producer.

The actress rose to prominence after appearing in a UNPFA-sponsored production. But it wasn’t until she starred in the award-winning film Jenifa that she became well-known.

She currently heads the Jenifa Foundation, a non-profit organization that assists in sustaining gifts and assisting persons in securing professional abilities.

Funke is well-known for her enthralling roles in Yoruba films. She began her career as a high school model and has worked with a number of successful organizations.

The on-screen figure is a graduate of the prestigious Olabisi Onabanjo University’s Performing Arts program, where she studied to achieve her current success.

In 2006, she made her Nollywood debut with the film Ara. She had always wanted to act before that, but she didn’t realize she would pursue it professionally until her OND days, when it became a major priority for her. As a result, in 2001, she enrolled at the University of Lagos to study Theatre Arts in order to pursue a career as a professional actor.

Mercy is a businesswoman with a variety of sources of income in addition to performing. Mag Diva Boutique is her fashion boutique, which she opened in November 2014. Mercy also owns an asoebi business called Asoebi Mercy, as well as a skincare line called Flawless by Mercy.

Mercy is a well-known entertainer who has made a name for herself in Yoruba Nollywood films. She’s also recognized for her one-of-a-kind sense of style.

Ola Abata, her first major picture, was released in 1999, and I was cast in the character of Alaja Wosilat. Her father persuaded her to pursue acting professionally. However, she was not enthusiastic about it because she was applying for university entrance. In the year 2000, her father wrote another screenplay, and he stated that she would not just appear in two or three scenes, but would be the major role. She complied grudgingly.

She had seen the movie, and was not pleased with herself. She chose to stop performing and focus on her studies since she believed she was too unattractive. In the year 2001, she was offered another opportunity to play in a film as the main character, which she unwillingly accepted, but she was pleased with what she saw on the screen this time. She appeared to be more mature and lovely, and she did admirably. That was the film that catapulted her into the spotlight.

As a result, she began to receive more invites from other producers.

Laide has been in the industry for quite some time. She directed the hit film Jejere, which included performers such as 9ice, Akin Lewis, and Fathia Balogun.

Simline Records, a music label, is hers. She studied theatre arts at the prestigious University of Ibadan.

Her successes were not hampered by her tough divorce from her spouse, Saidi Balogun, in 2006. She is 53 years old and is still one of the wealthiest actresses in Yoruba cinema.

She has appeared in almost 70 films since then, including Ito funfun, Yemanja, and Jawonbe, and has received several awards.