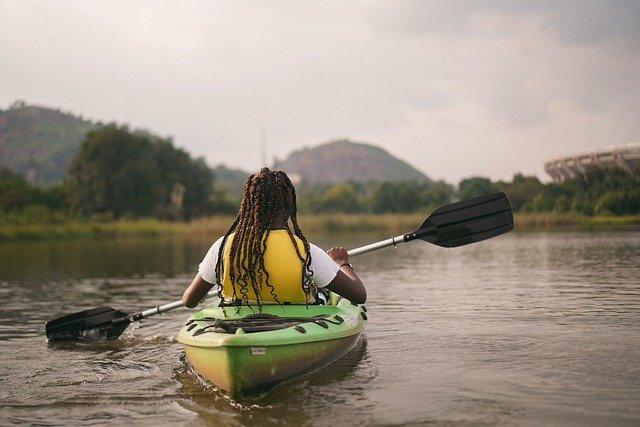 The Nigerian economy is considered a middle income, mixed economy. In recent years, the Nigerian economy has seen growth, especially in the private sector. Nigeria has a state of the art financial services, an ever-growing entertainment industry, and have seen sustained growth in IT and communication.

In midst of all this growth, Nigeria is still far from being a first-world or high-income economy. This is because of many factors that would be discussed in this article.

Contents hide
1 Problems of the Nigerian economy
1.1 1. Cost of living is going up
1.2 2. Sustained naira devaluation against the dollar
1.3 3. Trade imbalance with countries like China and US (We import too much but export too little)
1.4 4. Electricity
1.5 5. Transportation (Roads needs more repairs but the railway is getting along very well)
1.6 6. Huge divide between the rich and the poor
2 Is Nigeria’s economy strong or weak?
2.1 Author Profile
2.1.1 Latest entries
2.2 Related

When it comes to Nigeria’s GDP it ranks at 27th in terms of nominal GDP and 24th in terms of purchasing power worldwide. This rank may look impressive, but when you factor in its population, currency valuation and GDP per capita then you will understand why the Nigerian economy needs to do a lot better.

With a 32.1% unemployment rate  among youths, the Nigerian economy requires growth. The GDP per capita as at 2012 stands at $2800 and has been stagnant ever since. This stagnation in the economy is a result of many factors that would be discussed.

Problems of the Nigerian economy

1. Cost of living is going up

The cost of living in Nigeria has been increasing over the years and got worse after the covid-19 pandemic, in which the economy is still recovering slowly as of now. For a metropolitan or high-income state like Lagos, Abuja and others, the cost of living is very high.

2. Sustained naira devaluation against the dollar

The naira devaluation against the dollar is something we hear on the news every day since the dollar to naira hit an all-time low of over 500 naira to one dollar for the bulk of 2021.

This devaluation affects everything from consumers, to small businesses, to major corporations as Nigeria depends mainly on imports. The rate of depreciation is a concern for all citizens. The central bank banned the sales of foreign exchange to the Bureau de change operators (BDC). BDCs are the middlemen who obtain dollars and other currencies from the Central Bank of Nigeria and sells it to the public. This is different from other countries where forex exchange is strictly done in the banking halls.

3. Trade imbalance with countries like China and US (We import too much but export too little)

Nigeria has been having a trade deficit (negative trade balance) for a while, and this is bad for the economy because it means Nigeria imports more than it exports. According to a recently released report, the country recorded a trade deficit  of -5.81trillion. Nigeria’s total export amount to 7.99 trillion and import amount of 13.8 trillion, this was between January and June 2021. You check the yearly trade balance here.

According to the world bank, Nigeria ranks 171 of 190 countries in terms of access to electricity, with 43% of its population lacking access to on-grid electricity. Nigeria loses about $26.2 billion annually that is 2% of its GDP due to lack of electricity. In Nigeria, there are about five to seven hours of sunlight a day, and according to a 2019 report if Nigeria dedicate about 1% of its land to solar power with 5% efficiency, a total of 333,480 megawatts of electricity would be generated. 333,480 megawatts is more than enough for the country.

You might be asking yourself if this is true, then why is there no initiative to build this. This is because of its policies, poor regulations, and bad management of operations.

5. Transportation (Roads needs more repairs but the railway is getting along very well)

Nigeria has seen some major development in some areas in transportation. In recent years Nigeria has been focused on its railway, with one of the projects costing about $1.2 billion to build a railway from Kaduna to Kano state.

Even with huge development in transportation, Nigeria still faces many challenges like traffic congestion, parking problems, accidents and environmental pollution.

6. Huge divide between the rich and the poor

There is a big gap between the rich and the poor in Nigeria. In 2016 during the first recession in 25 years, there were 43% of Nigeria that were below the poverty line, about 89 million people. The fact Nigeria has this much poverty for a wealthy country is too bad. There are many people who support commerce and are rich in resources.

Is Nigeria’s economy strong or weak?

Nigeria has a strong economy compared to other African Countries but compared to the world its economy is very weak. According to experts, Nigeria’s high GDP is not an accurate judgment of its economy, this means with its large population, it’s supposed to have a higher GDP than its current $432B.