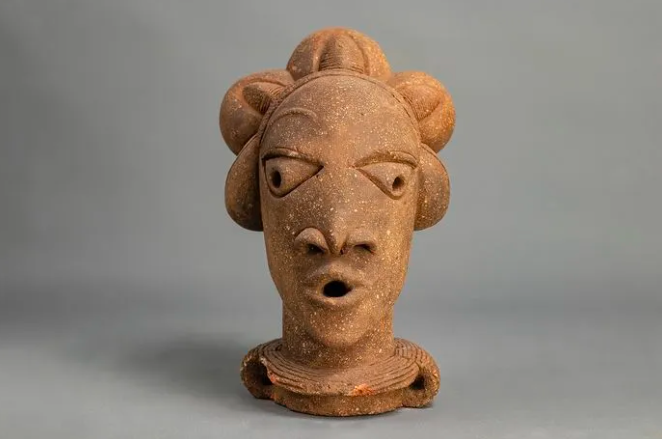 One of the earliest communities in West Africa is the Nok culture. The only reason historians refer to this culture as the Nok culture is because their material remains bear the name of the hamlet of Nok in Kaduna state, Nigeria.

The distinctive terracotta figures and the pioneering use of iron are two characteristics of the Nok culture. The ceramics and ironwork of the Nok were well-known. The Nok culture, for example, has much to do with modern cultures. This culture had a significant historical impact on Nigeria. The relevance of Nok culture in Nigerian history will be thoroughly examined in this article.

The Noks are significant for being one of the very few civilizations in the world that transitioned from stone tools straight to iron tools without first learning how to make copper or bronze tools.

The historical importance of the Nok culture in Nigeria

Around 1500 BC, the Nok civilization first emerged in Nigeria. It vanished around 500 AD for unknown reasons. Samun Dukiya, Taruga, Jema’a, and Nok villages were among their principal locations. Colonel Dent Yong, who was a co-owner of a mining company close to the hamlet of Nok in Kaduna state, Nigeria, discovered the first Nok terracotta in 1928.

A man uncovered a terracotta skull in 1943 while mining for tin near the Nok hamlet near the Jos Plateau region of Nigeria. The evidence of the first known symbolic statuary was suggested by this ceramic head.

Then, this man went to an archaeologist by the name of Bernard Fagg and informed him about several antiquities that were peculiar. Later, Bernard Fagg and his companions realized they belonged to the Nok culture since they had many of the distinctive characteristics of Nok antiques, like terracotta figurines with human and animal motifs.

Nok terracottas were distributed throughout the Sahel plains as a result of natural erosion and residue. These terracottas were saved as a collection of stray parts. Because of this, Nok art is best known for its heads.

The impact of water erosion is the cause of the fragmented state of the Nok sculptures. They had been discovered in fragments. They were covered and polished as well. Fortunately, despite the erosion, two sites where Nok art may be found are Samun Dukiya and Taruga.

The essential features of the Nok human antiques

The majority of these Nok antiques were terracotta figures of human heads and other animal and human motifs. The human faces’ oval or triangular-shaped eyes are one way to recognize Nok antiques.

The human emblems also have elaborate hairdos. Another method to recognize these Nok antiquities is through images of seated people with their hands on their knees. The Nok pictures typically have human heads that are proportionately larger than their bodies.

Since there are insufficient details about Nok culture to explain this specific imbalance in the appearance of the human picture, it is unknown why this is the case. However, later African art traditions have determined that this denotes respect for intelligence.

There are traces of ironworking dating back to earlier generations in the Nok region. Some iron-smelting furnaces were discovered in Taruga, a community in northern Nigeria. Ironworkers were a specialty of the Nok people. Additionally, numerous Nok artifacts made of iron were discovered. Farming tools and weaponry are among these iron relics.

Given the significance of ironworking to the Nok, one may assume that this aspect of their culture is the most well-liked. The Nok art is what led archaeologists to the area of the Nok where their materials were placed.

What was found out about the NOK culture

When archaeologists examined the clay the Nok people used to create their statues, they discovered that it all originated from a single main source, which suggests that a central authority oversaw the supply of clay. According to other discoveries, the Nok people were also found to have employed stone tools in addition to metal ones. This particular discovery implied that inadequate metal materials existed.

The Nok people were also found to be noteworthy for being one of the world’s first few societies to go from using stone tools to using iron tools without first knowing how to produce bronze or copper implements.

Agriculture in the Nok Culture

Like the inhabitants of the Chad Basin and the Kintampo culture, the Nok culture practiced mixed crop farming. They were growing fatty fruits, pearl millet, and cowpeas. During this time, various plant species, including cowpeas, pearl millet in Pangwari, and other crops, were domesticated and first planted. The Nok people presumably came into central Nigeria between 1500 and 900 BCE, bringing with them the knowledge of how to cultivate domesticated pearl millet.

Almost all Nok sites have charred plant remains that were used as cooking fuel and plant matter. Cowpeas, which have a high protein content, are grown in some regions. We only currently know that the Nok people were growing cowpeas and pearl millet.

The grains may have been turned into flour because many grinding stones were found at the Nok sites. Then they started preparing a type of porridge with it. The Nok people also used hunting and gathering as a means of subsistence.

Recent discoveries regarding the Nok culture.

It has been uncovered that the Nok terracotta figures have been extensively plundered since the 1970s. It was determined that in 1994, the Nok cultural area began to scale up these terracotta figurines.

Two significant local vendors emerged by 1995. An estimated 1,000 diggers were employed by each of the major traders to dig this terracotta every day. Even though the majority of the terracotta statues were broken, some of them were still intact and sellable.

All these factors have caused hundreds of Nok cultural sites to be used illegally. These areas have been unlawfully excavated in an effort to find these Nok terracotta figures so they can be sold. The illicit exploitation of Nok cultural sites has resulted in the loss of important knowledge about the Nok way of life. The archaeological remnants of these clay statues are lost when they are dug up.

These Nok terracotta figurines have been very sought-after in recent years on the global art market. As a result of the constant excavation of the artifacts, the record of the environments in which the antiquities were buried has been lost.

Descendants of the Nok culture

These include those with which the Nok civilization has aesthetic and cultural affinities. The Dakakari and Yoruba peoples, who speak Niger-Congo, may be descendants of the Nok people, as are Sokoto and Katsina. Additionally, there is evidence that the Nok culture was preserved by the aesthetic resemblances between the bronze statuettes of the Yoruba Kingdom of Ife and the Bini Kingdom of Benin with the Nok terra cotta.

Since the Ife people were known for elaborate and lifelike metal statues of human heads, just like the Nok people, it is thought that Nok art had an impact on the metalwork of the Ife kingdom.

Significance of the Nok Culture

The art and culture of the Nok may have influenced succeeding societies in the wooded areas along the Niger River. The nineteenth century CE in Igbo-Ukwu and the eleventh to fifteenth century CE in Ife are the most noteworthy examples of this. Undoubtedly, the discovery of the wonderful works of art from the Nok civilization provided a helpful example.

This persuaded any remaining doubters that the contributions to those later societies were made by native black Africans. The existing ambiguous connections between significant West African societies may become more firmly established if archaeology deliberately and slowly increases our understanding of them and lengthens their historical periods.

What happened to the Nok is unknown to us. They seem to have abandoned their terracotta aesthetic around 100 CE. They might be the ancestors of the Yoruba culture that exists today in Nigeria.

In addition to Ghana and Mali, the Nok, in our opinion, was one of several highly developed cultures in this area. But we don’t know much about them. Despite this, we are always learning new things about this time in African history.