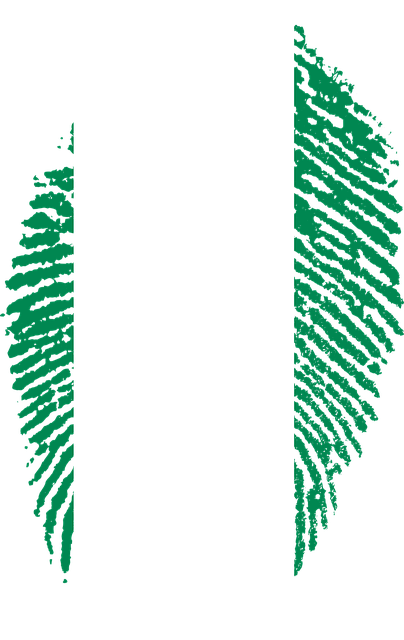 The concept of citizenship refers to both one’s individual attitude toward the responsibilities or obligations that come along with being a member of a specific state or country. It refers to a person’s connection to or relationship with the state or country in which they reside and have legal, social, and political rights as well as obligations to that state, including following the law, paying taxes, defending the state, and other social duties.

This is the status that a person can obtain if they were born in Nigeria or elsewhere but their parents or grandparents are already citizens of the country.

This category of citizenship is for people who were not born in a country but would nonetheless like to call it home. They must submit an application to the relevant government agency in that nation, and after meeting certain requirements, they may be given citizenship.

Marriage-based citizenship is also referred to as citizenship by registration or marriage.

This occurs when a government bestows special honor on a notable foreigner by granting him or her citizenship in that nation.

Why Citizenship is important

A citizen may be permitted to leave Nigeria for extended periods of time and to live elsewhere. More importantly, citizenship entitles Nigerians to the protection and aid of the Nigerian government while they are overseas.

2. Enables Respect for Other People

Tolerance is made possible through citizenship. Describe tolerance. Tolerance is just the spirit of someone seeking to understand the other person, not just putting up with someone who could be different from themselves in terms of tribe and culture. Instead of classifying people, it is about judging them as unique individuals.

Living in harmony with other citizens is made possible by citizenship. The maxim “do unto others as you would have them do unto you also” is supported by citizenship.

Being a citizen entitles you to take part in the democratic administration of society, including voting, running for office, protesting unjust laws, and constructively criticizing authorities.

Due to the fact that every citizen has the right to vote, it is crucial for Nigerians to be able to exercise that right during elections. For instance, voters typically have a bigger say in how the nation’s decisions are made in democracies.

Nigerian citizens’ needs, wants, and opinions might affect how their legislators vote. Citizens can elect political representatives whose political views they can agree on since they have the constitutional right to vote.

For instance, if people don’t like their elected leaders, they can choose to vote for someone else in the following election. However, citizenship has also made it possible for people to compete for political office during national elections.

4. It allows one to give back to their community

Additionally, citizenship supports the idea of giving back to one’s community. It inspires Nigerians to collaborate since doing so can genuinely assist a community to accomplish more than any individual could ever expect to work alone and accomplish.

Each Nigerian has a responsibility to ensure that the Nigerian community improves for all Nigerians by virtue of their status as citizens.

Giving back to one’s community simply refers to the act of contributing one’s time, abilities, and even money to improve one’s community. To put it another way, one of the benefits of citizenship is that it has made volunteering possible and contributed to the advancement of Nigerian society.

Nigerian nationality grants the right to reside permanently in the country. For instance, if you are a citizen of Nigeria, you can legally ensure that you bring your family members, including your parents, siblings, and possibly underage unmarried children, as well as your spouse and wife, into Nigeria by filing the appropriate petition.

As soon as these people enter Nigeria, they will typically each receive their own permanent resident status and legal standing in the nation by virtue of their citizenship.

Additionally, it permits citizens of Nigeria to enter the nation with their grown children, adult children, brothers, and sisters, albeit it would take a little longer for them to obtain permanent residence.

Citizenship encourages education and school attendance. Every citizen has a right to attend education. I believe that Nigerian public education is permitted by various national laws.

It is fairly obvious that the future of the Nigerian nation depends on having educated citizens who have acquired the necessary information and skills to ensure the growth of the Nigerian economy.

citizens who have maintained their intellectual integrity and who will not allow themselves to be swayed by weak philosophies but rather by those that may advance the interests of the Nigerian country.

Public utilities, such as streetlights and other social amenities, as well as public schools, libraries, and parks, are all supported by taxes. The main benefit of citizenship in this situation is that it enables people to pay both local and state taxes in addition to federal taxes.

The government programs intended for the Nigerian people are only open to citizens who can profit from them.
Certain fundamental rights are only available to citizens.

What makes you a  good citizen?

Is the quality of a citizen exhibiting self-respect, respect for the opinions of others, and respect for rules and laws.

Courage is essential to healthy citizenship because it motivates the citizen to take part in making the changes that the community needs, even when they are risky or unfamiliar.

In order to be a good member of their community, a person must be honest both with others and with themselves.

Is the feeling of concern for other living things and for other people. A person and others become emotionally connected via compassion.

The reality of citizenship in Nigeria

According to what this essay has demonstrated, the Nigerian state is a nation-state or an association of several ethnic nationalities that are communities or groupings with all the necessary elements for a shared existence that fosters natural feelings of loyalty and identification. Due to their deep fundamental ties, these ethnic groupings are nations in a more meaningful sense than the Nigerian federation, which is a nation in a less meaningful sense, held together by a legal connection.

The application for citizenship in Nigeria is an unfinished undertaking because of the nature of the Nigerian state, where citizens are more devoted to their ethnic nationality. It is a known fact that many Nigerian citizens are denied the rights and privileges of citizenship because they do not belong to a particular ethnic group, state, or local government and are instead viewed as second-class citizens or foreigners in Nigeria.