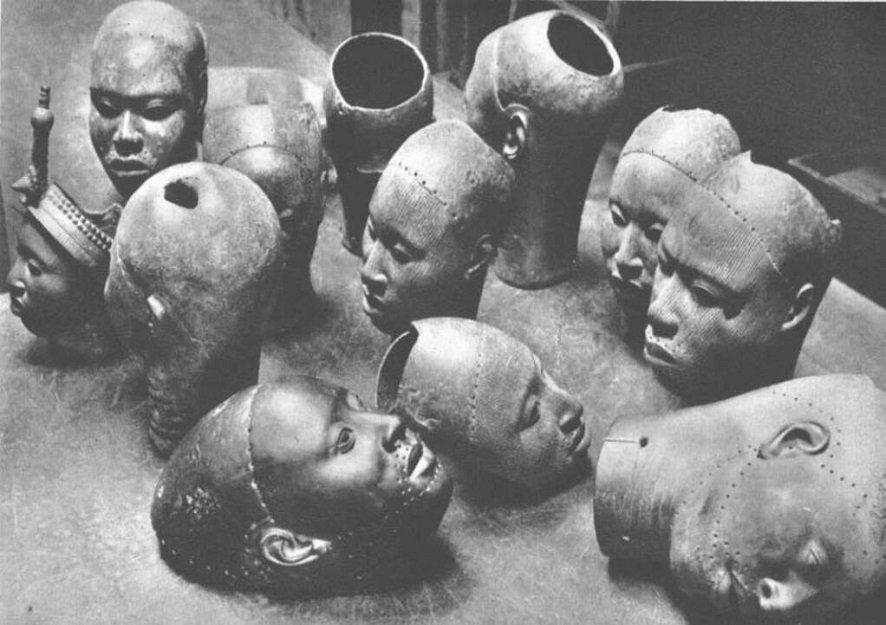 Since Ife represents the origin of all people, it has special religious and political significance. Here, Olodumare, the creator, gave the gods Odudua and Obatala the order to start creating the universe. While Odudua’s legacy as the first heavenly monarch of the Yoruba is political, Obatala’s has come to be connected principally with the creation of the first humanity using clay. Ife is still the center of Yoruba holy royalty, and Yoruba monarchs can still prove their ancestry there. The legitimacy of all other Yoruba monarchs is determined by their right to don royal beaded crowns, according to the oni (king) of Ife, who is himself thought to be a descendant of the god Odudua.

The stunning metal and bronze statues that Ife’s artists created in their heyday have made the ancient African city famous today. The Yoruba kingdom of Ife’s capital and primary religious center was Ife. The Yoruba people of southwestern Nigeria and Benin founded it circa 500 CE. The Igbo-Ukwu civilization, which peaked on the other side of the River Niger in the ninth century CE, shares certain similarities with the Ife culture.

Historians contend that Oduduwa did not come from heaven but rather originated in Egypt or Mecca.

Ile-Ife is significant because it is thought to be the home of the Ooni of Ife, who many consider to be the Yoruba people’s traditional leader. It is thought that the monarchy lasted for eight centuries.

Ile-Ife held a significant position in Yoruba history and mythology, and even though Benin City and the Old Oyo kingdom and its rulers came to prominence and military power, they were unable to usurp it because of its greater spiritual and religious veneration.

In ancient times, Ife was the seat of power and it helped to cement Nigeria as an African superpower.

The cradle of civilization

The Yoruba consider Ile Ife to be both the birthplace of their civilization and the spot where the gods first came to earth. Ile Ife literally translates as “place of dispersion.” The Yoruba people believe that when the gods Oduduwa and Obatala created the universe, they also founded Ife. While Oduduwa became the first supernatural king of the Yoruba people, Obatala created the first humans from clay.

Ife is renowned in the field of art. Between 700 and 900 A.D., the city started to emerge as a significant artistic hub. By the 12th century, Ife artists were producing bronze, stone, and terracotta sculptures; some of these sculptures can still be found in museums throughout Nigeria, Europe, and North America. In the 1500s, Ife’s artistic output started to decline as the political and economic center of gravity moved to nearby kingdoms like Benin and Oyo.

Abidemi Babatunde Babalola and colleagues carried out excavations in the northeastern area of the site in 2010 and found proof that Ile Ife was producing glass beads for both its own use and trade. Although the city had a long history of being connected to glass manufacturing and glass beads, the excavations turned up about 13,000 beads and several pounds of glassworking waste. The chemical composition of these beads is distinctive, with differing amounts of soda and potassium and significant concentrations of alumina.

Glass was drawn into a long tube and then cut into lengths, often less than two-tenths of an inch, to create the beads. The majority of the completed beads were cylinders or oblates; the remaining beads are tubes. A lower proportion of beads are colorless, green, yellow, or multicolored, with blue or blue-green making up the majority of the colors. A few of them—in yellow, deep red, or deep gray—are opaque.

Ife Culture and its origins

Ife is revered as the site of creation in the Yoruba culture. The gods are thought to have created the world and descended to earth at Ife. Oduduwa, who came down with a cockerel and is credited with creating this, is thought to have done it by dispersing sand to divide the water from the land. Oduduwa also touched down while planting a palm nut. His offspring were then appointed to lead twelve villages as their first kings and queens. The succeeding rulers were descended from these kings. One of Oduduwa’s offspring was even the first Oni of Ife.

According to legend, the brass heads used in Ife art represent gods and kings and have been employed religiously. The Ife religion was led by the King, Oni. This religion is a fusion of ancestor worship and fetishism. To the gods, sacrifices were offered. In Yoruba culture, it is widely held that everything divine and intrinsic possesses a person’s inner strength and vitality, or “ase.” It is also widely accepted that a person’s energy is contained within their head.

This explains why head sculptures are the main focus of Ife art. Additionally, leaders are required to wear veils over their mouths or entire faces since the energy they emit can be dangerous. Another trait depicted in the old Ife art is this specific veil.

How the Ife people lived

The technology for smelting iron was heavily developed by the Ife people. They created a wide range of iron equipment, including farming implements and swords. They harvested foods like yams and palm oil using the equipment they made for farming. They were fishermen as well.

The Ife people exchanged these food items for pepper, ivory, and gold from the northern kingdoms. Ife had ties to the slave trade as well. They crossed the Sahara desert, carrying slaves to the north.

The Ife aristocracy purchased a variety of products from this foreign exchange, including perfumes, salt, swords, brass, copper, horses, and jewelry. This historical data demonstrates that Nigerians have gone through many phases. They transitioned from the stage of acquiring food to the stage of generating iron.

Since 500 BC, they have been producing iron tools and weapons. It has also been established that the ancient Nigerians engaged in many businesses and farming activities in their early years.

The Artistry of the Ife People

The Ife culture is recognized today for its masterfully wrought metal human head sculptures and antiquities. Between the 11th and 15th centuries CE, these skulls were created utilizing the lost-wax technique. In 1938 CE, twelve heads were discovered in a royal compound in Ife. Since then, further items have been found, including a mask made entirely of copper. These antique heads were occasionally constructed of earthenware and were cast in brass.

They stand for rulers, deities, and ancestors, as was already mentioned. The lines that run down the faces of several of these skulls are symbolic of the ritual wounds that mark a person’s transition from childhood to maturity.

Several punched holes are located around the mouths and jawlines of the skulls. These can be glass bead veils or beard attachments. These veils are still used in the Ife region today at important celebrations, as is well known.

The Ife people have created a number of clay sculptures of human and animal figures. They also utilized ceremonial stools constructed of quartz blocks. They were renowned for producing glass beads as well. At the start of the 11th century CE, Ife had expanded into a sizable walled city with a number of major stone buildings, including a palace, shrines, and workshops.

These pieces of art have brought Nigeria recognition on the global stage and have revealed more about Nigeria’s rich cultural history. These bronze and brass works of art created by the artisans demonstrate how talented artists from Nigeria were at the time.

Today, Ife sculptures can be seen prominently in Europe and North America as well as in Nigerian museums. The current monarch of Ile Ife, Alayeluwa Oba Okunade Sijuwade Olubuse II, became the Oba (King) in 1980, making the royal dynasty there more than eight centuries old.

There are currently thought to be 500,000 people living in the city of Ife. Obafemi Awolowo University, one of the most esteemed academic institutions in West Africa, and the Natural History Museum of Nigeria are both located in the city. For the Yoruba people, Ile Ife still serves as their spiritual center.