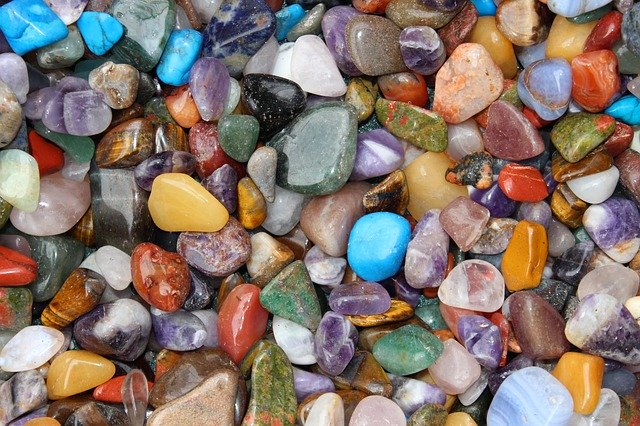 Nigeria is well blessed as a nation. From good climate conditions to lots of natural resources, God truly blessed Nigeria.

If you are looking for high-in-demand mineral resources like gold, gemstones, iron, zinc, lead, coal, rare metals, and many others, you will find them in across Nigeria.

This article talks about some locations of top mineral resources in Nigeria. Enjoy!

There are some valuable mineral resources in Ogun state. Some of the common ones are limestone, talc, clay, feldspar, phosphate, gemstone, kaolin, and bitumen.

Talc is found in other states as well, especially in Niger, Kogi, Kaduna, and Osun – with deposits of over 40 million tonnes. Talc as a raw material is often used in industries around the world. There are both local and international demand for this natural resources.

Ebonyi state, in the Eastern part of Nigeria, has gold, lead, and salt.

The demand for table salt, chlorine, hydrogen peroxide, caustic soda sodium bicarbonate, and others keeps increasing annually. On a national level, it exceeds 1 million tonnes. These resources are useful for food and beverages and other consumable products.

Plateau state and Ebonyi state have salt springs. Rock salt is found in Benue State. It was recently disclosed that the total reserve of this resource is 1.5 million tonnes.

One of the most important raw materials used in producing cement is gypsum. This same mineral is used for producing classroom chalks and Plaster of Paris.

More large scale strategies for mining these resources are needed as it is very useful in the cement industry.

The national requirement for cement production is close to 10 million tonnes, while about 8 million tonnes are being produced annually.

Across Nigeria, there are up to 1 billion tonnes of gypsum deposits. Ondo state also has one of the largest bitumen reserves anywhere on the planet.

The mineral limestone has different uses. Limestone is an essential part of the materials for concrete and building materials. It is also used for roads. Limestone is used as a filler in paints or toothpaste. This mineral is also very useful for soil conditioning and in the production of line.

Enugu is known as the coal city. This Eastern state is well blessed with coal, lead/zinc, and limestone, among others.

It has been found that coal from Nigeria is one of the most bituminous in the world. This is because it has low sulfur and ash content – making it very environmentally friendly.

So far, there are close to 3 billion tonnes of indicated reserves in seventeen identified coal fields in Nigeria with proven reserves of more than 600 million tonnes.

In the South-south of Nigeria, Delta state has an abundance of crude oil with other natural resources like marble, iron-ore, glass-sand, kaolin, lignite, and gypsum.

The mineral, kaolin, has an estimated reserve of close to 3 billion tonnes across Nigeria. The good kaolinitic clay is well deposited in Delta state.

In the Northern region of the country is Gombe state, which has the gypsum and other gemstones.

Gemstones are now in demand worldwide by the interiors and decorating companies working with stones. In Nigeria, gemstones mining has been on the increase in Kaduna, Plateau, and Bauchi states.

You will find world-best gemstones like topaz, emerald, Ruby, sapphire, flourspar, and amethyst in these states.

Lagos state is currently known as the largest commercial state in Nigeria. This state still has few deposits of mineral resources like clay, crude oil, glass-sand, and bitumen.

So far in Nigeria, the presence of bitumen deposits was said to be close to 42.5 billion tonnes – that’s like two times of what the country has in reserve for crude petroleum.

There were findings that this mineral could replace an asphalt binder – when used directly. Bitumen is also used for constructing roads.

In Nigeria, it was recently indicated that there are more than 3 billion metric tonnes deposits of iron-ore in 5 states. This mineral has been used for billets and other products. Iron-ore is being mined in Kogi state.

The state in the Eastern part of Nigeria has useful mineral resources. Some of them include lignite, gypsum, lead/zinc, phosphate, limestone, salt, marcasite, and crude oil.

In more than 8 states of Nigeria, there are about 10 million tonnes of lead/zinc veins. Lead/zinc is useful in building and construction.

Gold has always been in high demand across the gold. Right now, like before, it is a good commodity for storing wealth.

In the south-western part of Nigeria, there have been valid reserves of both primary and alluvial gold – although alluvial gold has more deposits, exploited in small scale.

Bentonite is very useful for the muds used in drilling – all kinds of oil-well drillings. A total of 700 million tonnes of bentonite have been found in reserve, all over different state.

In Bauchi and Taraba states, more than 7 million tonnes of baryte have been found. Baryte in Nigeria has gravity of about 4.4.

Some Minerals and where they can be found

There are significant deposits of gold in Nigeria. Zamfara state is said to have the highest gold deposits in Nigeria.

In Nigeria, there is a good number of copper deposits in states like Plateau, Kano, Abia, Nasarawa, Zamfara, Gombe, and Bauchi.

Today, Nigeria has an estimate of more than 10 million tonnes of copper ore deposits across different states.

Petroleum is currently the major source of revenue for Nigeria. The top oil-producing states in Nigeria are Akwa Ibom, Delta, and Rivers states.

Top 10 Mineral Resources in Nigeria [Their location, quantity and uses]