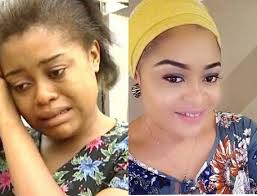 There have been rumors about the death of the famous Nigerian actress, Nkiru Sylvanus. She is not dead. Sylvanus is still alive.

Although the Nollywood actress was once kidnapped, she is not dead. Nkiru was once the special assistant to Rochas Okorocha, the former Governor of Imo State. Nkiru Sylvanus was kidnapped on the 15th of December, 2012 around 2:30 pm. It was reported that a ransom of 100 million naira (an equivalent of $640,000 back then). The actress was said to be released on the 21st of December, 2012 around 10:30 pm.

The Nollywood actress was born on the 21st of April, 1982 (now 38 years old). She is a model, TV personality, philanthropist, and actress. Sylvanus hails from Abia State, Nigeria, where she also completed both her primary and secondary education. What’s she known for in movies? It’s her ability to cry. She plays those roles well.

The career of this beautiful Nollywood actress began when she was just 17 years old, in 1999. Nkiru Sylvania has featured in more than 75 Nollywood movies and productions. Also, she featured two times, 2017 and 2018, in Celebrities Who Made Headlines, a publication of the Guardian.

Below are the top 3 old movies Nkiru Sylvanus has starred in:

Over years, Sylvanus has added several awards to her name. A few of her awards are:

In 2014, Nkiru Sylvanus got married to Stanley Duru. The marriage ended in 2019. They went there separate ways.

Stanley Duru is not new to us. He is the ex-husband of Oge Okoye (the Nollywood actress). Stanley is a businessman based in Amsterdam, Netherlands. He is from Imo State, Nigeria. According to Oge Okoye, Stanley was a loving, God-fearing, and caring husband.

Oge Okoye and Nkiru Sylvanus used to be close friends. According to a close source, Stanley and Sylvanus have been dating before he got married to Oge because she was pregnant for him. Their marriage was a failure. Stanley later went back to Nkiru Sylvanus, they got married – only to also be separated later.

Although Nkiru Sylvanus revealed that she has been married several times, we don’t know if she has any child from those marriages.

Nkiru Sylvanus is currently 38 years old. The actress was born on 21 April 1982. She hails from Abia State.

Nkiru Sylvanus is a popular Nollywood actress. She is also a model, philanthropist, and a television personality. Sylvanus is known for her unique ability to perform in movies. The actress was born on the 21st of April, 1982 (now 38 years old). She went to Ohabiam Primary and Secondary School in Aba, Abia State.

After her elementary and secondary education, Nkiru Sylvanus proceeded to the Enough State University of Science and Technology, in Enugu State, Nigeria. Here, she studied Mass Communication.

In 1999, Sylvanus began her acting career. The first Nollywood breakthrough movie she featured in was “Cry for Help”. This was in the year 2000. She began popular for her role in “Cry for Help”. Since then, Nkiru Sylvanus has featured in many Nollywood movies. She has starred in over 155 movies. Some of the popular movies she featured are Cry for Help, Tears of Vengeance, Egg of Life, Mirror of Beauty, and many more. Although she is one of the most beautiful Nollywood actresses, most of Sylvanus’s movies are tragic and sorrowful movies, where her roles often require her to cry. Sylvanus is a very creative and talented actress.

Nkiru Sylvanus was once the special senior assistant to Rochas Okorocha, the formal Governor of Imo State. She is one of the most influential actresses in Nigeria.

How much is Nkiru Sylvanus worth? Well, the actress was estimated to have a net worth of $ 1 million USD. She is one one the richest Nollywood actresses.