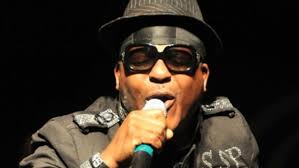 Sir Shina Peters (SSP) is a true legend in the Nigerian music industry. He had many hit songs to his name.

The veteran musician dropped an electrifying debut album in 1989. He swept Nigeria with “Ace”, Afro-Juju Series 1. He offered a great fusion between Juju and Afro-Beat. It was the first album Sir Shina Peters and his International Stars ever released. “Ace” was a hit, it went straight to double platinum. The album was produced by Laolu Skins and released under the CBS Records of Nigeria.

Below are some of the popular songs by Sir Shina Peters:

Shina Peters released this hit album in 1989, titled Ace, it was an Afro Juju Series, his first.

Ijo Shina was one of the songs in Sir Shina Peters’ album “Ace”. The lyrics of Ijo Shina was very racy for that period. His album, Ace, received awards for him. Some of the awards are artist and album of the year – at the Nigerian Musical Awards.

Sir Shina Peters has different properties to his name. Among them are luxurious cars and mansions. The musician was said to build a mansion with N20,000,000 (20 million naira) in 1990.

‘Ace’ was the first debut album by Shina Peters. It was released in 1989, which brought him more fame. He won several awards with Ace (Afro Juju Series 1).

Shina Peters is a popular Nigerian Juju musician. He was born Oluwashina Akanbi Peters, in Ogun State, Nigeria – on the 30th of May, 1958.

Oluwashina has been playing music since his tender age. He once played with his friends, under Oluwashina and His Twelve Fantastic Brothers. This was when he learns how to play the piano, by teaching himself. Peters later became a member of Ebenezer Obey’s band.

He later left Ebenezer Obey’s band and went to join General Prince Adekunle’s band, where it was one of the guitar players. His new band played in several hotels in Lagos, the likes of the Executive Hotel, Palm Beach Hotel, and Western Hotel. Shina Peters often play the lead singer whenever Adekunle(the band leader) was ill.

As he evolved, he later left the Adekunle’s band to form a band with a Juju Maestro, Segun Adewale. The name is their new band was ‘Shina Adewale’. He was able to release several albums with Segun in the 1980s. The band was later dissolved.

Finally, Peters went to form his own band and called it ‘Sir Shina Peters and His International Stars’. It was a very successful band.

Shina Peters has also acted before. He was an actor in a movie titled “Money Power”. The movie was produced by Ola Balogun. Peters later dated an actress, Clarion Chukwura. The relationship led to the birth of his son, Clarence Peters.

Over years, Sir Shina Peters has experienced career breakthroughs via his band ‘Sir Shina Peters and His International Stars’. His first album Ace shoots him to great stardom. Ace (Afro-Juju Series 1) was released in 1989. It received two platinum, truly, this shoot Shina Peters back into the limelight.

After his success with “Ace”, Sir Shina Peters released another album, titled “Shinamania” (Afro-Juju Series 2). Among the hit singles in this album were “Give our women Chance”, “Omo Bo”, and “Oluwa Yo Pese”. His second album ” Shinamania” also proved that his band was up to something – on a mission to revolutionize the scene of Juju music in Nigeria and Africa.

Till today, Peters is still well respected as the of the music genre, Afro-Juju. The genre maintains it’s unique class till today. So far so good, Sir Shina Peters has up to sixteen albums released to his credit. He is a true legend.

SSP (as Peters is also fondly called) has several awards to his name. He is well recognized for his great ability in art, combining writing, choreography, musical ability, and composition. Today, in the world of music genre, Sir Shina Peters and His International Stars has become a household name. Peters has sold millions of his albums across the world – he has taken his music to Europe and America.

Oluwashina Peters has become a great force in the African musical movements.