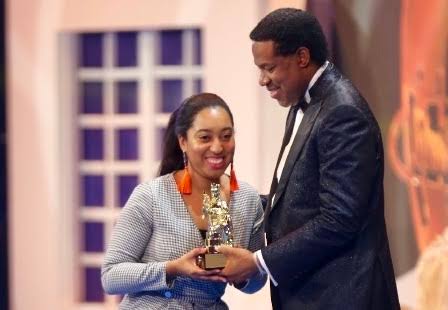 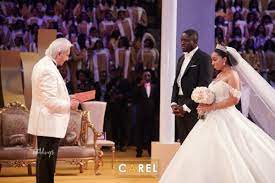 Carissa Sharon Oyakilome is was born on the 11th of August, 1995 in England. Also, she is a popular gospel musician who started her career in her father’s Believers’ Loveworld Incorporated.  She has over 100,000 followers on Instagram alone.

Before she became popular for her musical talent, she was a member of the church choir in Christ Embassy, which is Owned by her father Pastor Chris. She released her first single in 2013 titled “I’m Excellent, ” she released the song under her stage name CSO.

She has one other sibling Charlyn Oyakilome. Her parents divorced in 2016, and her mother now lives in the United Kingdom.

She has been a devote Christian all her life which comes as no surprise since both her parents are pastors. However, her dedication finally paid off when she records and released her hit worship song “Holy Spirit”. A song she referred to as a dream come true.

Speaking about the song, “ I prayed for a song that will inspire and motivate anyone who listened to ascend a higher level of worship.” We can say her prayers were answered because the song has uplifted millions who have listened to it.

The gospel star has made a name for herself after winning Lovesworld Music Ministry Award (LIMA). This yearly ceremony was created to celebrate many gifted artists in the Loveworld Music and Arts Ministry. She is also part of the International Pastors’ and Partners’ Conference.

This dynamic lady married a Ghanaian called, Philip Frimpong. He is the co-founder of ONUA. He is a successful entrepreneur. The lovebirds got married in 2019. It was at the time described as the biggest wedding ever to involve a Nigerian bride. A year before that, the couple got engaged a year before their wedding and the news shook the Christ Embassy Ministry as well as social media.

Sharon Oyakilome herself posted the news of her engagement on her Instagram page. After she declared “ Yes! I am engaged to my best friend. The most amazing and my absolute favorite person. I am so, so blessed. I would say yes over and over. I love you.”

Her post served as an inspiration to many of her followers by reminding them of the magic of true love and strengthened the belief that it exists, all you have to do is wait for it.

The net worth of the fast-rising star