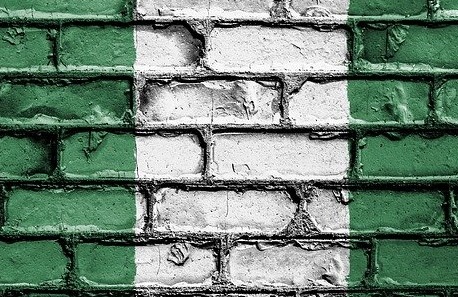 The Ministry of Information is a ministerial-level agency of the government in charge of developing and enforcing rules, regulations, and laws governing information, broadcasting, and the press.

The mission of the Federal Ministry of Information and Culture in Nigeria is to “establish and maintain a robust information dissemination mechanism that promotes our tourism potentials and enhance our cultural values.”

Below is a list of all information ministers since the civilian rule began in 1999.

Dapo Sarumi is a politician who hails from Lagos State. In 1991, Dapo Sarumi was appointed as the Minister for Information under the then President of the Federal Republic of Nigeria, Gen. Olusegun Obasanjo.

However, he was disqualified.

Jerry Gana was a Nigerian technocrat, democrat, and scholar.

He has served as the Director for the Directorate of Food, Roads, and Infrastructure (DFRRI), Minister of Agriculture and Natural Resources, Director of the Mass Mobilization for Social Justice and Economic Recovery, and Minister of Corporation and Integration. Consequently, he was the Political Adviser to the president.

In 2001, under the Sani Abacha regime, he was appointed Minister of Information and National Orientation.

Chukwuemeka Chikelu is a politician and lawyer.

During the period 1999-2003, he served as the Anambra State’s National Representative.

In 2003, he was appointed as the Minister of Information and National Orientation under former President Olusegun Obasanajo.

Frank Nweke Jr. is a politician who served as the Minister of Information and Communications under the then President Olusegun Obasanjo.

In July 2007, John Ogar Odey was appointed the Minister of Information and Communications.

After that, in December 2008, he was appointed Minister for Environment.

A graduate of Banking and Finance from the University of Calabar, John Ogar managed several positions, including National Publicity Secretary of the People’s Democratic Party (PDP), Chairman of News Agency of Nigeria, and General Manager for South-South Communication.

Dora Akunyili was appointed Minister of Information and Communications in 2008.

However, after serving for two years, she resigned to contest as a Senator in the National Assembly.

Dora Akunyili was a pharmacist and government administrator who received international acclaim and numerous awards for her work in pharmacology, public health, and human rights.

Labaran Maku was the former Minister of Information during the period 2010-2015.

However, he resigned in 2015 to contest for the gubernatorial election in Nassarawa state.

From 2003 to 2007, Labaran Maku served as the Deputy Governor of Nassarawa State, where he was in charge of governing state agencies and institutions.

He was the State’s spokesperson and a key player in the formulation of the state policies.

Patricia Naomi Akwashiki, a member of People’s Democratic Party (PDP) was the Minister of Information under President Goodluck Jonathan’s regime.

Layiwola ‘Lai’ Mohammed was formerly the Chief of Staff to the then governor of Lagos State, Bola Tinubu.

Thereafter, he assumed the role as All Progressive Congress (APC)‘s National Publicity Secretary.

He is the current Minister of Information and Culture under President Muhammadu Buhari’s administration.