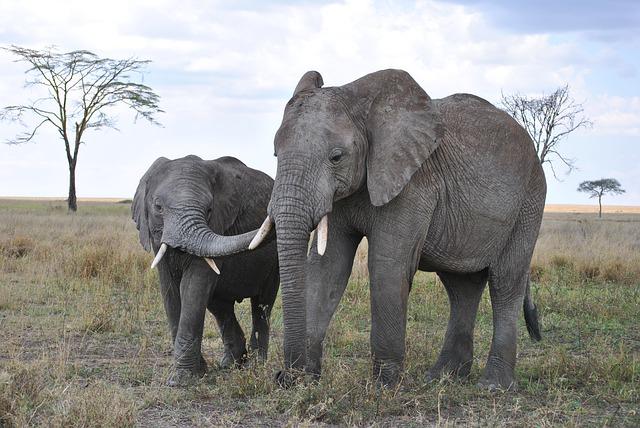 In keeping the environment in balance, wildlife is crucial. Different natural processes are stabilized by the presence of wildlife. For emotional and social reasons, people have traditionally associated wildlife and nature with humans.

The value of wildlife can be divided into three categories: ecological, economic, and research value, as well as the preservation of biological diversity, etc. We have found that animals are a great source of food, clothing, and income. Without the assistance of wildlife, life would be very difficult. We work with wildlife to maintain the ecological balance on earth. It is very important to our lives.
The practice of conserving and protecting wildlife includes all living things, including plants, animals, and their habitats. Defending wild species from the threat of extinction, in other words!

Major threats to the Nigerian Wildlife

1. Habitat loss: Due to human invasion, natural wildlife habitat areas are shrinking every year.
2.Climatic changes: Because plants and animals depend on stable climates, any change in that climate will harm them.
3. Pesticides and hazardous substances: Pesticides make the environment toxic for some animals and plants.
In addition, many chemicals, such as mercury, petroleum byproducts, solvents, etc., are toxic to wildlife.
4.Hunting: Uncontrolled hunting poses a serious risk to wildlife. Mismanagement of the forest department and forest guards also exacerbates this issue.

In violation of Nigeria’s forestry laws, a number of tree species are illegally harvested for their timber. The “rosewoods,” a commercial name for a variety of tropical hardwoods, not a biological group, which denotes species with a reddish-hued timber, are important from the standpoint of wildlife crime.

Particularly in China and South-East Asia, this wood is in high demand for high-end furniture. The demand for these woods, known as “red wood” in China (or “hongmu” in Mandarin), has led to a high market value.

Between 2005 and 2015, the number of elephants in Ivory Africa (both Loxodonta Africana and Loxodonta cyclotis) decreased by about 111,000, with West and Central Africa jointly losing more than half of their elephant populations.

The elephant population in Nigeria was not spared, and a once-large group that included both savanna and forest elephants (classified as Critically Endangered and Endangered, respectively) is now just a small portion of what it once was.

The country’s surviving population of elephants was estimated to be between 169 and 463 according to the International Union for Conservation of Nature’s (IUCN) 2016 African Elephant Status Report. Elephant poaching is mostly to blame for the decline of the species in Nigeria.

Between 2006 and 2015, the population of 350 Nigerian savanna elephants (L. africana) in Yankari National Park, their stronghold, was wiped out, and today just approximately 100 elephants are thought to remain.

Pangolins are employed in a variety of ethnopharmacological treatments as well as for bushmeat consumption. These two marketplaces have a detrimental effect on the persistence of pangolin populations.

Pangolins are the most trafficked animal in the world, thanks to the scales trade. In the past, Asia’s need for pangolin items was satisfied by domestic production or imports from neighboring nations. Evidence shows that African pangolins are now mostly meeting Asian demand while Asian pangolin populations have declined.

Regulating the use of fuelwood and the manufacturing of charcoal is a challenging development task that must combine resource accessibility with environmental sustainability. People need access to resources in order to survive and grow, and the production of charcoal gives many at-risk populations a source of fuel and income.

However, the overuse of Nigeria’s forests for charcoal for commercial purposes, which is partially fueled by criminal networks and lax enforcement, has led to the degradation of forest habitats.

5. Crimes relating to illegal, unreported, and unregulated (IUU) fishing and the fisheries industry

IUU poses a serious threat to socio-economic development even though it is rarely included in statistics on wildlife crime or considered a form of it. IUU fishing has reached epidemic levels in Africa’s coastal waters, particularly the Gulf of Guinea.

In addition to endangering food security, fisheries sustainability, and coastal communities’ ability to catch, process, and sell fish in a profitable manner from their waters, IUU fishing has a significant negative impact on global overfishing.

Wildlife conservation is important in Nigeria.

1. Encourages the continuation of native plant species and their pollination

Bees, insects, butterflies, and birds, in particular, play a significant role in the creation of food. Therefore, protecting these creatures helps with pollination.

They are essential for agricultural productivity, intercropping, and preserving the diversity of native plant species since they rely on nectar from flowers. Bees transport pollen by assisting in the development of crops by flying from bloom to flower in quest of nectar.

Despite the fact that plants are the primary source of medicines, some animals are equally essential in their creation. For instance, cobra venom is a key component of leprosy medicines, while lobsters may be utilized to make antifungals.

It is also important to note that protecting animals also entails protecting their natural habitats, which include trees and flora and are crucial for the advancement of pharmaceutical research and the long-term viability of the sector.

3. Adding beauty to the environment

Observing animals in their natural environment is enjoyable and calming. People frequently take vacations in protected regions like zoos, game parks, lakes, seas, woods, and mountains to engage in activities like camping, fishing, boating, and hiking, to name a few.

People who spend the majority of their time outdoors—whether hunting, viewing wild creatures, or simply taking a stroll or a ride in their natural habitats—are said to be less prone to experience stress and the issues that might arise from it. By protecting animals, humans can keep taking use of nature’s greatest features!

4. Because it is fun

People watch wild animal documentaries on television for hours on end for enjoyment and amusement. If wildlife and their environment are not preserved, there won’t be any more animal documentation and thus no entertainment.

Additionally, it is really fascinating to observe creatures in their native habitat, such as when predators make a kill in a rainforest.

Conserving animals also entails preserving history and customs. Some regions are well-known for their flora and fauna in connection to the local customs and methods of subsistence, therefore neglecting to protect the environment will result in the loss of their land and indigenous history.

Africa Safaris, which has recently been dubbed “magical Africa,” are frequently connected with large herbivores like elephants and giraffes as well as big cats like lions, leopards, and cheetahs. Another illustration is the environment of the “Serengeti Plain,” which is home to hundreds of migratory wild animals.

Thousands of employment have been directly and indirectly aided by wildlife. For instance, it is typical to see individuals working in regions with wild animals, whether it be a zoo or a game park.

Additionally, there are those who work as animal caregivers, as well as other professionals like journalists who report on and create films on the existence and nature of various wildlife species.

Additionally, since wildlife and tourism are closely related, it seems sense that most hotels are placed in close proximity to parks.

This indicates that if appropriate steps are not taken to protect animals and their habitats, both the jobs of individuals working in such hotels and the professions associated with wildlife will vanish.

7. Preserves indigenous peoples’ means of subsistence and their knowledge

The livelihoods of the people who live near forests and other natural ecosystems, such as lakes and rivers, depend on the harvesting of wood and firewood for building and cooking purposes, respectively, the use of fish for survival, and the production of traditional medicines, fruits, vegetables, and food.

Therefore, maintaining wildlife resources can aid in safeguarding indigenous peoples’ livelihoods and their traditional ways of life. Additionally, native or local inhabitants must now be involved in animal conservation to improve environmental preservation.

For instance, efforts to conserve species in the area are essential to the survival of the Amazon rainforest’s native population.