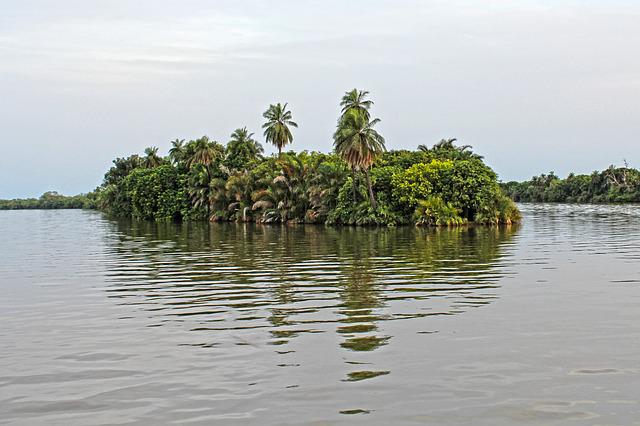 River basins are areas drained by rivers and their tributaries. There are over eighty major rivers in Nigeria, such as the Niger and Benue.

River basins are important because they provide drinking water, food, habitat for animals and plants, fossil information about life on Earth before humans existed, transportation through canals and roads, recreation at beaches and along river banks, hydroelectric power to provide electricity that people use every day, erosion control of land through which water flows year-round rather than just during rainy seasons, flood control by assisting people in staying safe from flooding.

There are eleven River Basin Development Authorities in Nigeria charged with tasks such as constructing water supply facilities to provide clean drinking water to people who live near rivers so they do not have to spend hours each day walking many kilometers away to get water or spend lots of money each month buying bottled water.

River Basin Development Planning and Management is the process of determining which activities will be done most effectively in order to meet competing demands while maintaining river health, which could be single-purpose, dual-purpose, multipurpose, comprehensive, or integrated.

River basins in Nigeria are threatened by waste inputs, excessive water resource exploitation, and invasive weeds. To sustain the economic growth of the nation’s river basins, rivers need to be properly and sustainably developed.

River basins development authorities in Nigeria and their areas of operation

They operate in the whole of Anambra and Imo State, and they have their HQ in Owerri.

They cover the whole of Benin, Delta, and Ondo State excluding those parts of Bendel State drained by Benin, Escravos, Forcados, and Ramos river creek systems. They have their headquarters in Benin.

They cover the whole of Cross River State. And they have their headquarters in Calabar.

They cover the whole of Kano State and those parts of Bauchi and Borno State drained by the Jama’are and Misau river system. Their headquarters is in Kano.

They operate in the whole of Benue and Plateau State and have their HQ in Benue state.

They cover the whole of River State and those parts of Delta State drained by Benin, Escravos, Forcados, and Ramos river creek systems. They have their HQ in Port Harcourt.

They operate in the whole of Oyo, Ogun, Osun, and Lagos State. Their headquarters is in Abeokuta.

They operate in the whole of Sokoto State and Kastina State. Their HQ is in Sokoto.

River Basin development in Nigeria and their mandate

The River Basin Development Authorities (“the RBDAs” or “the Authorities”) were created to harness and develop the nation’s water resources. They are also known as river management agencies and are tasked with

The importance of river basins in Nigeria

Nigeria is blessed with numerous river basins, and they often provide numerous benefits to mankind. The significant river basins in Nigeria include:

groundwater recharge through seepage into the river system, and various recreational opportunities such as fishing and swimming.

River basins are major sources of fish food production in Nigeria. The creatures that come from these waters are fed to humans. Aquatic organisms such as macrophytes and algae can be a good source of nutrition for man.

Water hyacinth is indigenous to Brazil, and it has been used fresh for feeding pigs in South West Colombia, where it was substituted for 20% of commercial feed with no toxicology issues. Silage composed of water hyacinths can be used for ruminant diets with excellent results for acceptability and palatability.

River basins are habitats for many organisms that live in the river system, including fish, crayfish, macrophytes, and microalgae. Other animals can be found there too: aquatic birds, zooplankton, and other animals.

The accumulation of fossil information is what makes river systems great fossil reserves. They aid chronological measurement because they allow us to view past events and inhabitation.

This involves the construction of dams along waterfalls in rivers for the generation of electricity, such as the Kainji dam.

The soil found in and around a river basin is very useful for construction in Nigeria, and as such, is exploited at Onitsha, along the river Niger.

Rivers flow into the oceans and help recharge the system. In Nigeria, more than three-quarters of the river basins drain into the Atlantic Ocean.

Companies and industries discharge waste into rivers that are used as endpoints for their waste discharge.