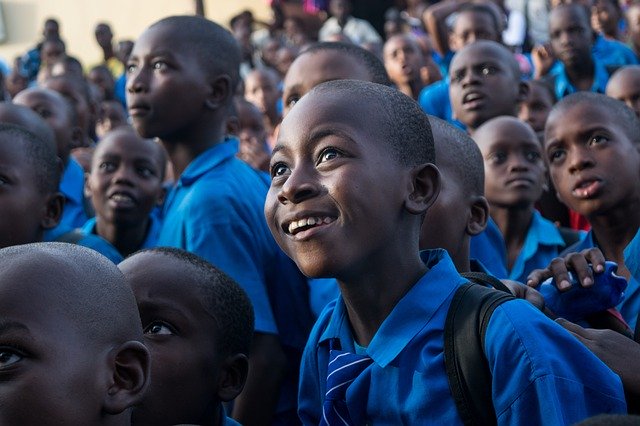 Prior to the coming of the European, Nigerians had their own educational systems whereby the young individual was taught to conform with the social customs and traditions of his community, and to learn a trade of one type or another, so as to be a good citizen.

Shortly after the ‘Scramble for Africa’, British missionaries set up a Western-type of education at the primary school level in several parts of the land. The lead given by the missionaries was later followed by the government. The system of education which grew from this humble beginning made reading, writing and arithmetic the three pillars on which the Instruction in religious matters rested.

It took little or no account of the technical needs and the culture of the indigenous peoples. The Nigerian who had the privilege of this education were appointed as clerks, teachers and catechists, the appointment carrying with it social prestige. That was the situation in much of Southern Nigeria at the turn of the century.

In much of Northern Nigeria, the pattern was different. Such Christian missionary activity involving the spread of Western-type education mentioned above was deliberately discouraged in the predominantly Muslim areas by the colonial administration. The regime even failed to provide any form of secular education for fear it might arouse Muslim resentment or lead to political agitation against the colonial system. This gradual introduction of Western-type education in the South and the virtual proscription of same in the North helped to accentuate the differences between these parts of the country.

An African inspector of schools in Lagos brought about the next improvement in the educational system. He caused the extension of the primary school curriculum to include lessons on the history and geography of Africa as well as on traditional laws, customs and religion. Added to this was manual labour and practical training. In the few secondary schools in existence at the time, no serious attempt were made to provide a curriculum adapted to local conditions. There was a wholesale importation of the secondary educational system of Britain.

While primary education thus grew less and less literary, secondary education on the other hand was entirely classical and overwhelmingly imitative of the requirement for entry into a British university. As far as higher education was concerned, the curriculum of the missionary-owned Fourah Bay College in Sierra Leone, the only West African institution open to Nigerians, were firmly centred in theology and the classics, with the students taking the same examinations as the students at Durham University in Britain.

Unlike the missionaries, the Government did nothing about higher education for a long time. It was not until the Higher College, Yaba (now Yaba College of Technology), was founded formally in 1934 that the British Government began to give some thought to the policy which should govern higher education in Nigeria.

Even then, although the aim of the Higher College, Yaba, at that time was to give training of a professional type to a few Nigerians, the courses were deliberately devised to be inferior to that required to obtain a degree in a British university. The number of entrants was severely limited to the needs of the government and the diploma granted was recognized only by the Nigerian Government.

The next step in higher education was not taken until after the Second World War when the University College, Ibadan (now University of Ibadan), was founded as a result of the Asquit and Elliot Commission Reports with just 104 students. Unfortunately the two institutions did not meet the requirements of the country. They were not based on a sound understanding of the Nigerian surrounding nor did they have full relevance to the real needs of the country.

It was therefore not surprising that a few years before Nigeria attained independence, many citizens had begun to express dissatisfaction with the type of education given in the new University College.

After Independence, the Federal Government did little to influence educational matters at the primary and secondary school levels. The result was an increasing diversification in the practice and standards of education from one state to another until the launch of the Universal Primary Education (UPE) policy by the Gen Olusegun Obasanjo regime in September 1976, taking a cue from the Obafemi Awolowo administration in pre-independence Western Nigeria. This has since been replaced by the Universal Basic Education since Obasanjo came to power again in 1999.

While in 1971 there were 15,324 primary schools, 1,234 secondary schools, 67 Technical and Vocational Schools, 169 Teacher Training Institutions and 6 Universities in Nigeria. These have since increased in number to cope with the increase in population.

What year did education start in Nigeria?

There was traditional education in Nigeria long before the British landed on the shores of the country. This included apprenticeship in various vocations and teaching of family trade by older family members. Western education started around 1843 when the first set of primary schools started in coastal towns in the south, with St Thomas Anglican School, Badagry recognized as the first in Nigeria.

What is history of education?

Each country, culture or people have their own unique history of informal and formal education, which extends at least as far back as records of history from all ancient civilizations. However, the earliest recorded formal school were in Egypt’s Middle Kingdom under the direction of Kheti, treasurer to Mentuhotep II (2061-2010 BCE).

Who is the first educated person in Nigeria?

Olaudah Equiano, who was a writer and abolitionist is widely regarded as the first western-educated Nigerian and author. He was born 1745 in the Eboe region of then Kingdom of Benin in Nigeria, but was kidnapped and sold into slavery as a child. He was sold to a British Navy officer in the Caribbean. He purchased his freedom in 1766 after being sold twice afterwards. He died in March 1797.

Chief Obafemi Awolowo as the first Premier of Western Nigeria campaigned for the 1951 election with the promise of free education but could only start implementing it in 1955. This was the first time free western education was introduced in Nigeria.

Is education free in Nigeria?

Primary and junior secondary schooling is officially free and compulsory in Nigeria, as stated in the Free Universal Basic Education Act, 2004. Despite this, about 10.5 million children are reported to be out of schooling in the country.

Which region is the most educated in Nigeria?

The Southwest region of Nigeria is widely and statistically regarded as the most educated, with Ogun State in the region having the highest number of higher institution in Nigeria.

What is the minimum teaching qualification in Nigeria?

The minimum qualification to teach in Nigeria since 1980 is the National Certificate in Education (NCE) though there has been concerted efforts by the federal government to raise it to a Bachelor’s degree in education (B.Ed).

Where does Nigeria rank in education?

According to the World Economic Forum, Nigeria ranks 124th in the world in education, meaning the country is not in the top ten African countries in terms of education. The country ranks 25th in Africa, behind Rwanda.

Which country is Number 1 in education?

Ranking of education is dependent on several aspects of learning, like completion of high school. According to the World Economic Forum’s Global Competitive study, Finland ranks as the country with the most-developed education in the world