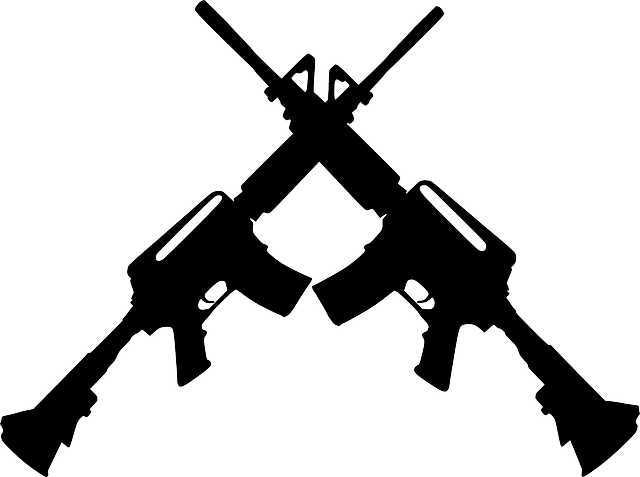 Three colonial military units may be traced back to Nigeria’s armed forces. Glover’s Hausas, the first Nigerian military unit, was founded in 1862 to protect Lagos by Captain John Glover. The use of Hausa as the Nigerian army’s command language lasted until the 1950s due to the demographic recruitment of northerners. This is when the Nigerian Army’s ethnic imbalance began and continues to this day. In 1888, the Royal Niger Company Constabulary was formed to defend Glover’s Hausas.

In 1891, the Oil Rivers Irregulars, a primarily Igbo militia, were formed. This unit was eventually decommissioned.

The Niger Coast Constabulary was set up, and the Southern Regiment of the Nigerian Army was made. On January 1, the two regiments merged to form the WAFF’s Nigeria Regiment.

After Nigerian Protectorates were formed in 1914, it was a big moment in history that changed the world.

The WAFF was renamed the Royal West African Frontier Force (RWAFF) in 1928, and by the 1930s, it had grown from four to six battalions, serving in two theaters. Sokoto, Kano, Zaira, Kadubna, Maiduguri, Yola, Enugu, and Calabar were all key bases for the Northern and Southern commands.

During World War II, the Nigerian Army grew to 28 battalions that participated as part of the Allied war effort outside of Nigeria. The RWAFF resumed its primary functions of internal security, police activities, and punitive expeditions in the 1950s, following World War II, to break strikes, suppress local disturbances, and enforce tax collection. Combat Support and Combat Service Support units were added to the two-brigade structure after World War II, making it even bigger.

In 1948, the first officer of Nigerian descent was appointed. The officer corps continued to be Africanized until independence in the 1950s. There was a regiment called the Nigeria Regiment. In 1956, it became the Nigerian Military Forces, and the colonial administration took over in 1958.

When Nigeria obtained independence in 1960, there were 82 Nigerian officers, most of whom were Igbo, while the troops were primarily Hausas.

The Nigerian Army was established in 1960, with its headquarters in Abuja and the slogan “Only God can provide victory!” The Nigerian Army, like any other army, is a huge, organized group of armed troops prepared for combat, particularly on land, to protect Nigeria’s security.

The Nigerian Army’s highest-ranking military official is the Chief of Army Staff. Major General Faruk Yahaya is his given name. In the Nigerian Army, there have been many important commanders, like General Aguiyi Ironsi, General Yakubu Gowon, General Olusegun Obasanjo, Brigadier General Benjamin Adekunle, Lieutenant Colonel Abu Ali, and many more, who have led the army.

With more money and organization from the Federal Government, the Nigerian army’s headquarters now has a lot of army barracks and formations that will keep an eye on things like the welfare of its officers, physical training, public relations, and other things, all in accordance with military rules.

The Nigerian army’s Training and Doctrine Command (TRADOC), based in Minna, is in charge of officer training and combat development. The Nigerian army, which is structured as a branch of the armed forces, is made up of engineers, musicians, teachers, and other professional employees. There are also military police (MP) and 17 Corps Training Schools (CCTS) stationed there.

Contents hide
1 The Nigerian Army’s History
2 Nigeria’s largest barracks (The Dodan Barracks)
3 Nigeria’s army divisions are listed below.
4 List of all Nigerian army barracks and the states in which they are located
5 The Housing Scheme for Nigerian Army Post Service Personnel
6 Monthly Deductions
7 Issues with the Scheme
8 Funding for this scheme
9 How Army personnel may obtain housing post service
9.1 An Option for the Long Run
9.2 The Option to Buy Outright
10 Final Thoughts
10.1 Author Profile
10.1.1 Latest entries
10.2 Related
10.3 Related Posts:

This barrack is in the Lagos state neighborhood of Ikoyi.

In January 1966, Dodan Barracks was one of the bases of a group of Nigerian Army majors that toppled the First Nigerian Republic. The army put down the coup, and its leader, Major General Johnson Aguiyi-Ironsi, became the new head of state.

After Ironsi was slain in a counter-coup in July 1966, Dodan Barracks became the seat of authority in Nigeria, with General Yakubu Gowon, Ironsi’s chief of staff, taking up residence in the Federal Guard officer’s mess. At the end of the Nigerian Civil War in January 1970, Gowon accepted the formal Biafran surrender at the Barracks. Following monarchs based themselves at the barracks for the next quarter-century.

Nigeria’s army divisions are listed below.

The Post-Service Housing Directorate (Army) is in charge of putting the housing plan into action. Town planning, architecture, civil engineering, quantity surveying and estate management are just a few of the fields where experts work at this office.

The Directorate is also in charge of providing accommodation for the Nigerian Army. In addition, the Directorate provides housing-related professional services to Army officers and personnel.

The monthly deduction is tied across ranks and is always changed when new wage structures are implemented.

On average, deductions amount to roughly 10–15 percent of each rank’s compensation.

A contributor, on the other hand, is able to deposit any additional lump sum into their account at any time. Each contributor receives an annual statement of account.

In the event of a withdrawal from the program, all payments are repaid, plus interest at the current rate of 5% per year.

Issues with the Scheme

Despite what appears to be the scheme’s strong commitment to housing ex-servicemen, the study’s conclusions are as follows:

Funding for this scheme

An Option for the Long Run

For individuals already in service at the start of the plan, the long-term option guarantees a contributor a property in a specific area after ten years of contributions. Houses were given to subscribers when they became available by public vote in the early years of the system, with subscribers being batched according to their time of joining the scheme. A “first come, first served” system has taken its place. The difference between the housing costs and the cumulative contributions of the recipients is turned into a mortgage. If a portion of the mortgage is still owing at the time of retirement or discharge, the maximum deduction from terminal benefits (typically 50%) is used to balance it. If it is still outstanding, future payments are pitched at a level acceptable to the pension (usually 25 percent).

Beneficiaries who have retired or been discharged are assured possession of their home for the remainder of their lives. The beneficiaries’ next of kin (NOK) will be expected to pay off the outstanding mortgage within one year of the decedent’s death or relinquish ownership of the home.

When the NOK is forced to sell a property, it can put it up for sale in order to repay the lost investment.

The Option to Buy Outright

The outright purchase option allows a member who does not want to wait 10-15 years to buy a house or land outright to do so. The subscriber will have to pay for the whole cost of the house or property before they can own it.

In the case of a house, payment can be made in installments as follows:

Acceptance of a home application will result in a payment of 20% of the anticipated cost of the dwelling type.

Within three months of receiving a provisional allocation that does not define the property, you have a 35% chance of getting a house.

Within six months of receiving a temporary specified dwelling, 35% had moved in.

The remaining 10% must be paid before you can own the home, but no later than three months after the home is finished.

As a result, the benefactor indirectly pays for the building under the outright purchase option.

Housing has long been recognized as a basic human need, but, for low-income individuals who can hardly afford to build or buy their own, it remains a challenge. House rentals are also a significant financial strain for both active and retired military personnel.

A serving soldier who is quartered by the government due to his duties may not realize the housing challenges that other employees experience until he quits the army. Regardless of how insufficient the barracks’ accommodation is, the ordinary soldier is able to provide a home for his family. However, after the soldier is discharged from the military, he is “on his own.”

Getting excellent housing has been identified as one of the most basic requirements for a happy retirement. As a result, an active soldier must consider where he will retire.

The average soldier in the Nigerian Army serves for roughly 18 years before being released. He resides at the barracks during his service years, which are primarily in metropolitan areas and sometimes on the outskirts of Local Government Headquarters. The soldier wants to stay in metropolitan areas after discharge because he has been exposed to it while serving. Such places also give him the chance to work after his duty and give his kids good educational opportunities.

However, many former soldiers have a hard time finding good housing in the city when they leave the army.

Apart from the delayed gratuity, they frequently have a hard time finding lodging that meets their standards, especially if they cannot afford the normal two-year advance payment of rentals.

Military personnel, like other government employees, can get a home through government-sponsored financing programs, just like other employees.

As good as the different programs are, they haven’t been able to be used because of things like strict requirements for collateral, a long application process, and not enough money.

There will be a large number of service workers who will profit.