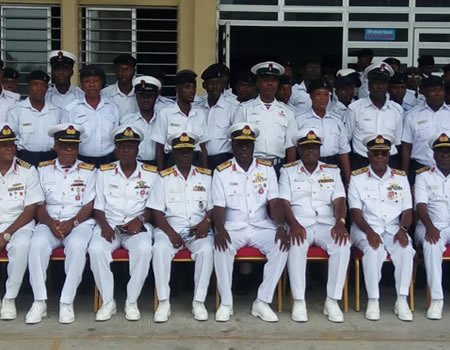 You must have heard of the word ‘Seamen’ before, but don’t have a full idea what they do. A Seaman is a generic term that is used to described junior Naval officers around the world.

In the Nigerian Navy, anyone who is enlisted into the navy with O-level results is automatically referred to as a Seaman. In most military complexes around the world, the Navy is said to have the most lucrative salary and allowance packages.

Contents hide
1 What is the name of the ranks of people regarded as Seamen?
2 What do Seamen do? Role and Responsibilities of a Seaman
3 How to attain this rank
3.1 Qualification/requirement needed to be recruited as a Seaman?
4 What is the salary you are expected to earn for this rank?
5 Other benefits like pension, housing healthcare
5.1 Pensions
5.2 Housing
5.3 Healthcare
5.3.1 Author Profile
5.3.1.1 Latest entries
5.4 Related
5.5 Related Posts:

What is the name of the ranks of people regarded as Seamen?

Apart from the officers officially listed as Seamen, the first 7 ranks of the Nigerian Navy are classified officially as Seamen or Sailors. These ranks are categorized as the non-commissioned officers. The 7 seamen ranks are;

What do Seamen do? Role and Responsibilities of a Seaman

Navies globally are a critical component of any nation’s Security Architecture. You must have heard of the great exploits of the United States Navy Seals.

Without a strong Naval Force (See what it takes to pass through NDA as a Naval officer), the sovereignty of a Nation’s waterways cannot be guaranteed. The Sea is a critical component of the Military complex. From the movement of Cargo Ships to the exploration of Oil, the Sea is a critical national asset that must be secured.

Constitutionally, the Nigerian Navy was established to provided security in our Nation’s waterways. They do this through surveillance and regular military exercises.

The major role and responsibilities of the Nigerian Navy Seamen include:

How to attain this rank

To attain the rank of a seaman in the Nigerian Navy, you must satisfy these requirements.

Qualification/requirement needed to be recruited as a Seaman?

To join the Nigerian Navy as a Sailor or a Seaman you must satisfy some basic requirements.

What is the salary you are expected to earn for this rank?

However, it is popularly believed that Naval Seamen earn a salary of about 70 – 120k per month. There are also provisions for the allowance which include; Travel allowance, Education, and Furniture.

The Military Pensions Board is the official body saddled with the payment of military pensions in Nigeria.  Every military officer is entitled to a monthly pension upon retirement. Navy seamen earn a pension of about 25k to 6ok per month together with other benefits.

The Navy Post Service Housing Scheme is a housing scheme provided by the Nigerian Navy to all its retired officers who have subscribed to the program.