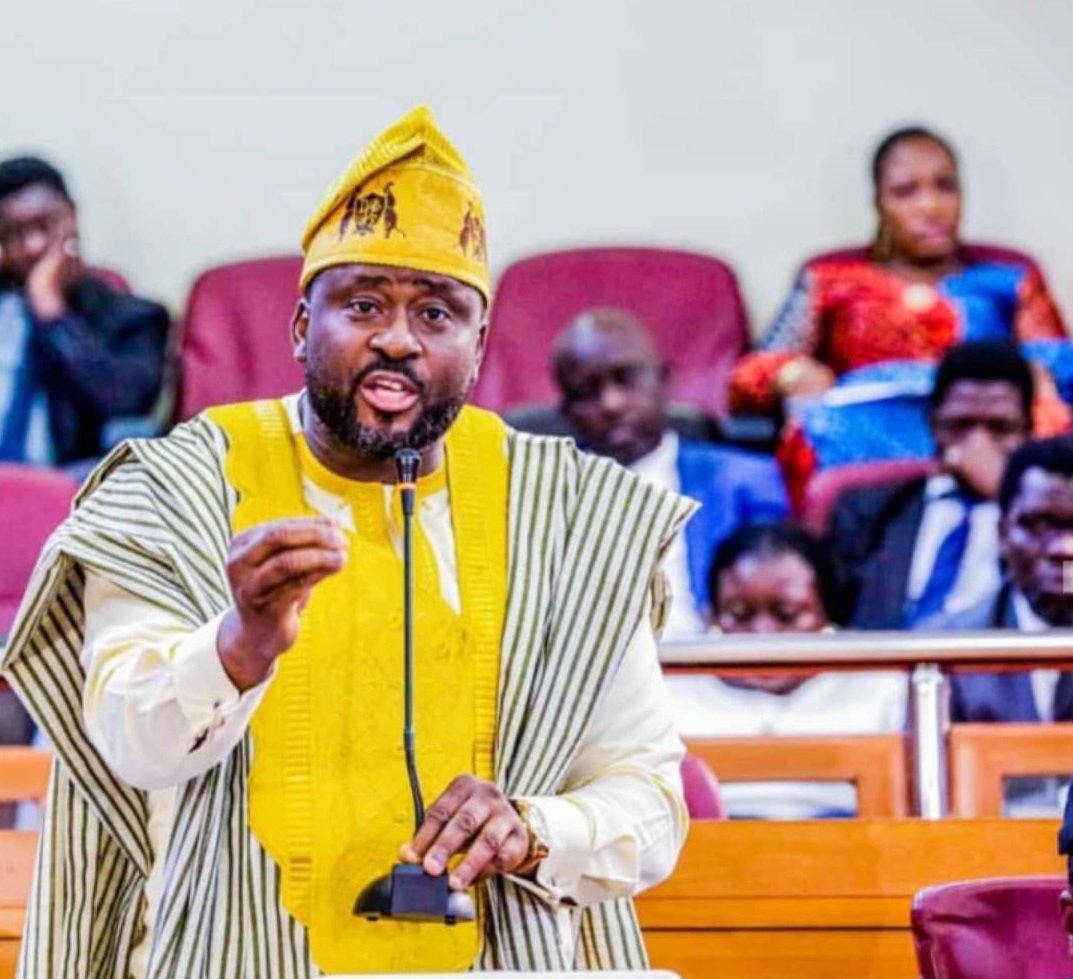 Desmond Elliot is one of the most popular Nigerian actor, movie director, and lawmaker. Born on the 4th February 1974 to a Yoruba father from Olowogbowo, Lagos Island, and mother from Illah, Oshimili North, Delta State.

The actor grew up in Jos, the capital of Plateau State with his parents and siblings: Chinedu, Femi, Funmilola, and Shegun Elliot. He attended Air force primary school Jos and St. John’s College Jos, where he had his primary and secondary education, respectively. He later proceeds to the University of Lagos, where he graduated with a degree in Economics in 2003.

The veteran actor is married to his beautiful wife, Victoria Elliot. Their marriage is blessed with four children. 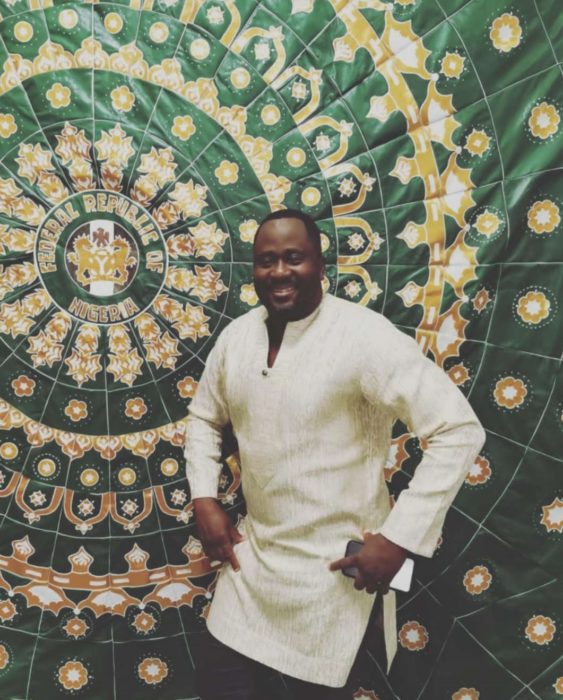 Desmond Elliot is a perfect definition of a family man. Although he is a businessman attending to political matters, shooting movies and other business, the lawmaker always makes sure he creates time for his family.

He still uploads pictures and videos of him and his adorable family. Below is one of the fascinating pictures of the actor and his family.

Desmond Elliot’s wife is named Victoria Elliot. After nearly 8 years in courtship, the couple finally got married on the 26th of December, 2003. They first met during their undergraduate days.

According to online sources, Victoria Elliot is a graduate of mathematics from the University of Jos. Upon her graduation for the university, she secured a job as a banker, after which she later resigned to start up her Nollywood movie sales and Distribution Company. Her company has grown to be one of the most respected names in the Nigerian movie industry. Desmond and Victoria privately own and manage their video production company, Denziot Productions. 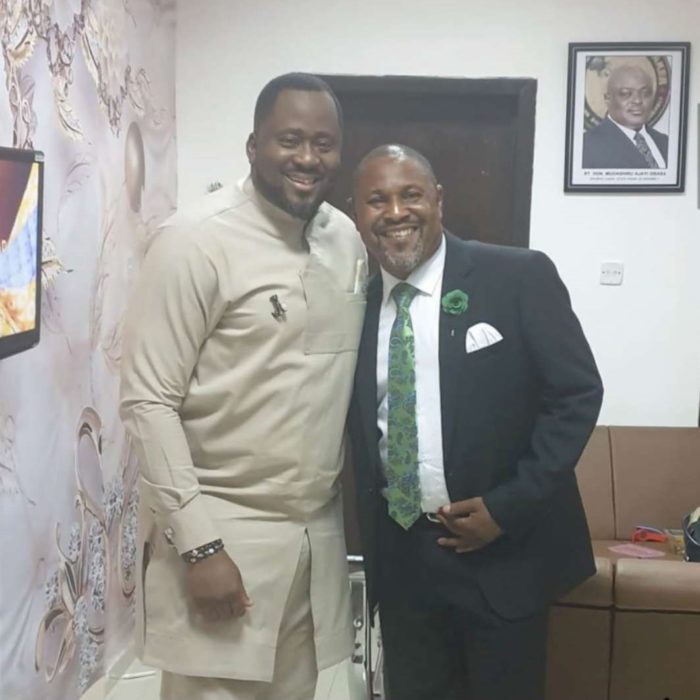 Popularly called Baba Ejima by friends and family, Desmond Elliot is blessed with an amazing family that consists of his beautiful wife, Victoria Elliot, and a rare two set of twins. The first set of twins Denzel and Desmond were born months after their marriage in 2003, while Donald and Dawn, the second set of twins, were born in 2010. Desmond Elliot is a family-oriented man, as is always seen posting pictures of him and his adorable family.

Information regarding his extended family is not available for the public.

Born on the 4th of February 1974 to a Yoruba father and an Isoko mother in Jos, Plateau State, Nigeria, Desmond Elliot is 46 years old. On his last birthday, the actor shared pictures in appreciation to God for life.

The list is endless. These few movies listed are certainly the top movies by Desmond Elliot.

Desmond Elliot was encouraged by a friend to become an actor. He was able to co-produce and co-direct a movie titled ‘‘Reloaded’’ in 2008. The movie went on to receive 3 nominations at the African Movie Academy Award (AMAA) in 2009. 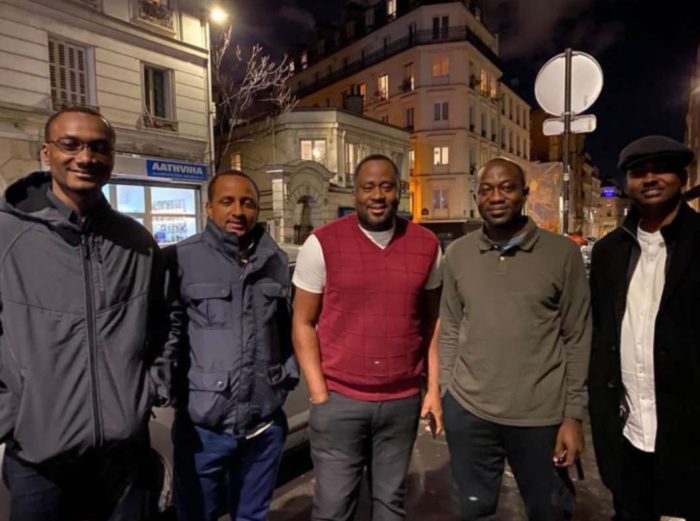 The veteran Nigerian actor has spent the majority of his time as an actor before venturing into politics is said to be worth around $5 million. This figure is a combination of all his assets ranging from houses, properties, cars, and money in the bank.

The actor turned lawmaker has quite an exquisite taste of dressing.  His blend of native and corporate attire’s is second to none.

Where is Desmond Elliot from?

Desmond Elliot is a Nigerian actor and lawmaker, married to Victoria Elliot; their union is blessed with four children (two sets of twins). Desmond is from Lagos State, Nigeria.

The lawmaker currently resides in the State with his family.

Desmond Elliot’s wedding to his long time heartthrob, Victoria Elliot, took place on the 26th December 2003. This was after eight years of courtship between them.  Their wedding happened the same year he graduated from the University of Lagos. 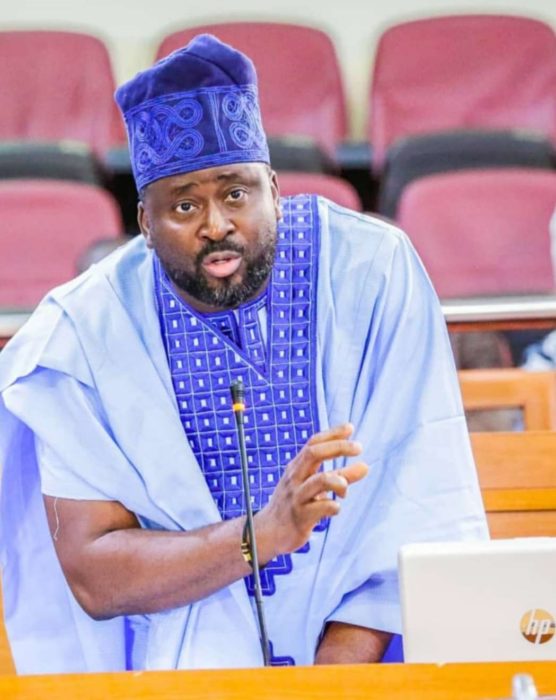 Desmond’s marriage with Victoria is often referred to as a union of a double double. Shortly after their marriage, the actor and his wife had their first twins, Denzel and Desmond Jr., while the second set of twins, Donald and Dawn came in 2010.

In 2014, the actor declared his intentions to join the political class of Nigeria by running for the Lagos State House of Assembly under the All Progressive Congress (APC). He took part in the party primaries which he won.

The lawmaker came under fire from members of the public after he commissioned a biofuel toilet in Surulere, Lagos State the constituency he represents.

According to the actor turned politician when commissioning the project, he stated, ”this isn’t just a building neither is it just a toilet but one that converts waste to manure, so nothing is wasted as we keep the environment clean”. The biofuel was donated by Ladi Lawanson, the Commissioner for Transport, and sponsored by the Australian Government.

Hon Desmond Elliot was regarded as wicked politician for doing little for the electorate. Many claims he’s no different from old politicians. 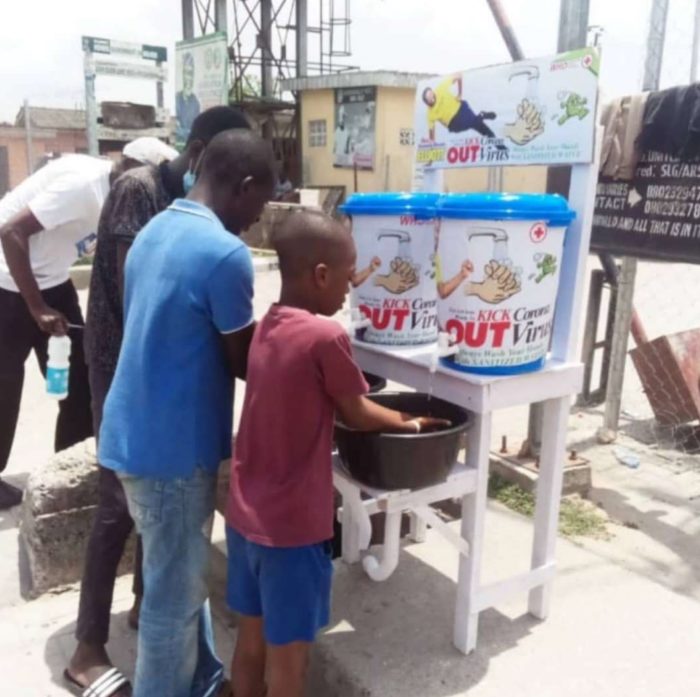 The veteran actor is a celebrity on Instagram. Desmond always posts pictures from his political engagement, movie scenes, and his family. He has over 1.5 million followers on Instagram