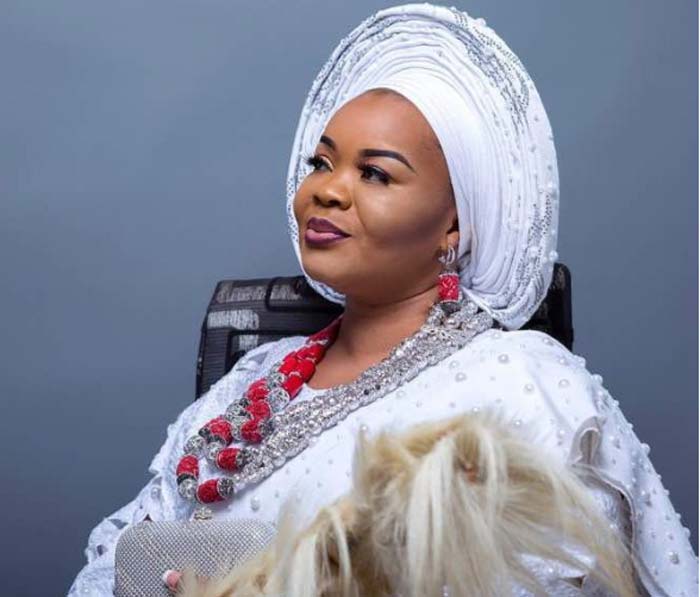 Bimbo Oshin had her primary education in Ondo State. She attended St. Ann’s Primary School at Oke Agunla, Ondo State. After relocating to Lagos State at the age of six, she attended Girls Academy, Sandgrouse, Lagos Island. The veteran actress is an alumnus of the University of Lagos, where she earned a Bachelor of Arts degree in Philosophy.

Bimbo has been passionate about acting, right from when she was very young. The talented actress revealed that she and her brother owned a tape recorder, where they recorded their performances.

Bimbo Oshin’s acting career started in 1996. She had the opportunity to train and work under notable actors like Taiwo Hassan (Ogogo) and Yinka Quadri.  She featured in her first movie, Akobi, in 1997.

Bimbo rose to recognition after playing a lead role in the popular movie ‘Omo Elemosho’ in 2012. The popular movie, which bagged five nominations at the Africa Academy Awards, featured notable Yoruba actors such as Toyin Abraham, Fausat Balogun, and Lanre Hassan. Bimbo Oshin has bagged several nominations such as the City People Entertainment Awards for Best Actress of the Year (Yoruba) in 2014 and the Afro-Heritage Broadcasting and Entertainment Awards in 2016.

She has starred in several movies such as ‘Eyi Tayo,’ ‘Kakanfo,’ ‘Ore Kan,’ and a host of others.

Bimbo Oshin is also the owner of ‘Dashing by Bimbo Oshin,’ a popular clothing line.

The Nollywood actress is married to an American-based music producer named Ola Ibironke. He is popularly known as Dudu Heritage. They have been together for 17 years and their marriage is blessed with two children.

Bimbo Oshin revealed that she is grateful to God for blessing her with a successful marriage. Even when rumour had it that Bimbo Oshin had left her marriage, the popular couple debunked the rumour and revealed that their marriage of over 17 years is still solid as ever.

The popular actress’s Instagram page is a delight. You can’t help but spend hours gaping at the beautiful pictures that she updates on her page. Bimbo Oshin promotes her business, send shout-outs to celebrities, and update her fans with the latest events in her life.

Bimbo Oshin has two lovely children; a boy, and a girl, whom she often refers to as her ‘jewels.’ However, the popular actress has not revealed detailed information about her children to the public.