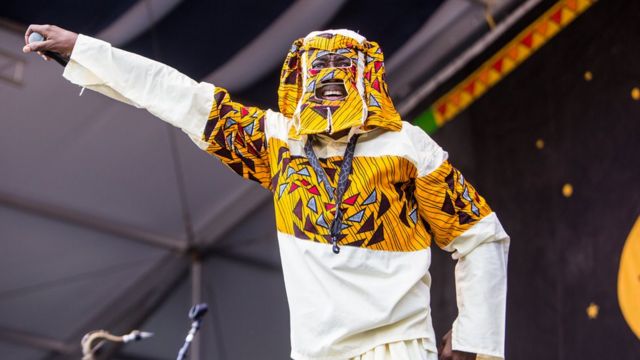 Bisade Ologunde, popularly known by the stage name, Lagbaja, is a notable afrobeat musician and singer-songwriter. He hails from the Oyun Local Government Area of Kwara State. Born in 1960 in Lagos State, Lagbaja is an iconic singer who has thrilled music lovers with great songs for years.

The afrobeat singer is known by the name Lagbaja, which means anonymous in the Yoruba language. His name reflects on his signature of facelessness, which symbolizes the voiceless or ‘common man’ in the society. He hides his identity by using a mask to cover his face. Lagbaja is also called ‘Omo baba mu’ko mu’ko.’

In 1991, Lagbaja formed his first band after teaching himself how to play the saxophone. He released his first album titled ‘Lagbaja’ in 1993, which received wide acclaim.

The Nigerian afrobeat singer also released his album ‘We Before Me,’ in 2000 using high percussion instruments such as talking drums and congas. The album promoted brotherhood and unity and called for politicians, to be honest to the masses.

Lagbaja, along with his backup singer, Ego Ihenacho, released quality and great hits. The iconic singer’s music is unique for being purely instrumental. He makes use of drums, traditional Yoruba percussion, and saxophone to produce thrilling songs. The lyrics are usually a blend of Yoruba and English and they usually centre on social issues. Lagbaja’s use of traditional African drums links his songs together.

His style of music has been termed as afrobeat, Afropop, and afro jazz. Lagbaja also had a name for his music. He called it ‘AFRICANO.’ 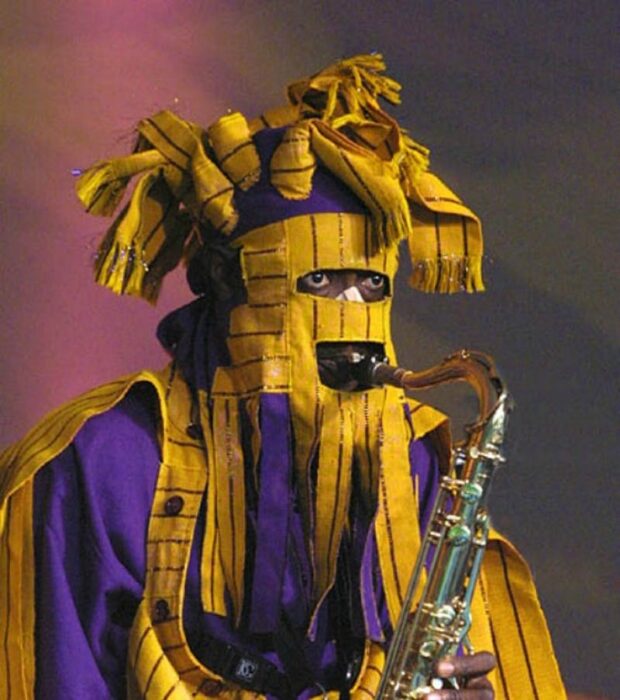 The ‘Konko Below’ hitmaker has won several awards such as the Best Male Video (“Never Far Away”) at the 2006 Channel O Music Video Awards.

What is His Real Name? 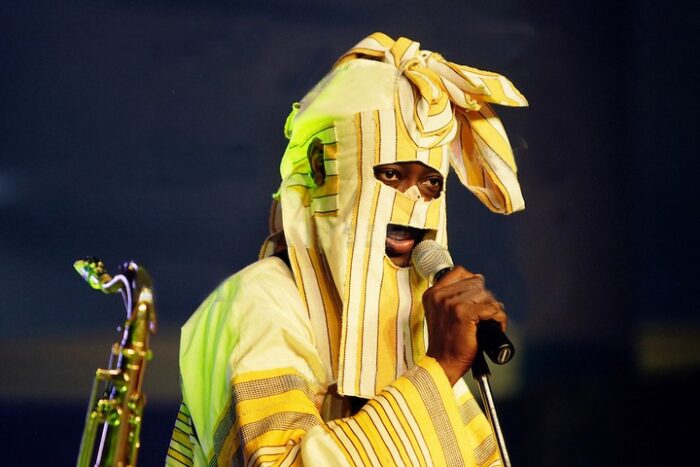 Lagbaja’s real name is Bisade Ologunde. The legendary music coined his stage name from his style of appearing anonymous by wearing a facemask.

The remarkable hit, which is one of the tracks on the album ‘ME’, was released in 2003. Konko Below is the perfect song for the dance floor. Its rhythm and beats makes it one of the remarkable songs to grace the Nigerian music industry.

Lagbaja Nothing for You

‘Nothing for You’ was one of the most popular songs that rocked the airwaves in the early 20s. The afrobeat jazz song appeared as the third album on the ‘We’ album.

The Nigerian high-life musician released ‘Knock Knock Knock’ in 2012. It appeared in the album ‘200 Million Mumu’ (The Bitter Truth).

Other notable songs released by Lagbaja include-

Lagbaja is undoubtedly one of the most iconic musicians in the Nigerian music industry. The high-life musician has never revealed his face since he launched his musical career.

His unique style of dressing has made several fans curious. They keep wondering why the award-winning singer has never revealed his identity. His masked appearance has been a subject of debate as people are curious to know the real face of the man behind the mask.

While celebrating Lagbaja’s birthday, a Nollywood actor, Aremu Afolayan, took to his Instagram page to post an unmasked picture of a person, who was allegedly revealed to be Lagbaja.

Aremu Afolayan has since deleted the post and no evidence has proven that the face on the image is truly that of Lagbaja.