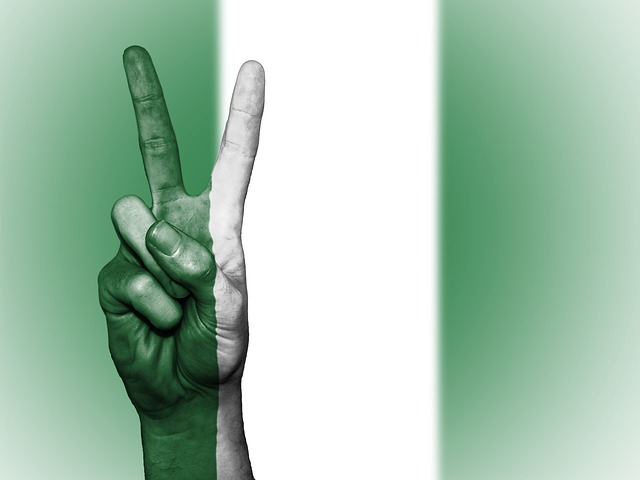 Up to June 6, 2018, when it was proclaimed that June 12 would be the new Democracy Day, replacing May 29—which had traditionally been observed as Democracy Day—June 12 was a regular day. But what is really important is what that day stands for, not the day the event is commemorated.

June 12 marks what is still regarded as Nigeria’s most democratic and free election, and it stands for much more than May 29 did. Due to their participation in the End SARS protests, the “coconut head” generation will now be able to relate to the June 12 fights better. They will connect more with June 12 as a result of this involvement, as will the older generation. It is safe to say that June 12 and the wins it brought about were not the results of a peaceful agreement because they were achieved with “Sorrow, Tears, and Blood.”

However, it is important to remember that before the Federal Government led by President Buhari proclaimed June 12 as the new democracy day on June 6, 2018, it was previously observed as “Abiola Day” in some southwestern states of Nigeria.
Nigerians commemorate June 12 as Democracy Day. Every year on May 29, Democracy Day is formally observed.

President Muhammadu Buhari chose to move Democracy Day from January 25 to June 12 in 2018.

In the history of Nigeria, June 12 is of great significance. On this date, Nigeria held its first presidential elections since the military coup of 1983. The entire purpose of June 12 is to serve as a reminder to Nigerians of the traps of the past, the mistakes of the present, and the necessity of defending democratic norms. If we fail to see democracy as a form of government that satisfies the needs of the populace, the significance of June 12 will be lost.

On June 12, 1993, Nigeria held its first presidential elections since the Second Republic was overthrown by a military coup in 1983. The military dictator, Ibrahim Badamasi Babangida, oversaw a transition to civilian control that led to the elections (IBB). Although the National Electoral Commission (NEC) has not officially announced the election results, the unofficial results showed that Bashir Tofa of the National Republican Convention lost to Moshood Kashimawo Olawale Abiola of the Social Democratic Party (SDP) (NRC).

Due to IBB’s annulment of the elections due to electoral irregularities, the election’s winner was never announced. An unpopular interim civilian government and protests over the annulment ultimately resulted in the continuation of military rule in the nation, with Sani Abacha becoming the military head of state through a bloodless coup later that year.

Two political parties competed for control on June 12, 1993. One was the Social Democratic Party, which ran Chief Moshood Kashimawo Olawale Abiola (MKO) and Babagana Kingibe as its presidential candidates. Nigerians, who were already weary of military rule, turned out in large numbers to cast their presidential ballots on that day, inclement weather and all. They disregarded religion. They disregarded social standing and class. They shared a single objective. To choose their president, that was going to make their lives better.

Following the elections, Chief Moshood Kashimawo Olawale Abiola was widely considered to have won after defeating Bashir Tofa of the National Republican Convention (NRC), and Nigerians awaited the results with impatience and eagerness. According to the unofficial results, which were not yet certified by the National Electoral Commission (NEC), Chief Moshood Kashimawo Olawale Abiola was already declared the winner of the election.

Much to the chagrin of the populace, General Ibrahim Babangida, the military leader in office, annulled the election. He insisted there were irregularities in the election.

Chaos followed the June 12, 1993, election’s annulment. Pro-democracy activists and other Nigerians who were protesting were killed extrajudicially as a result of the protests. Security personnel with guns murdered them. As a result, General Ibrahim Babangida, the military president, and Generals Olusegun Obasanjo and Muhammadu Buhari, along with ten other former generals who were members of the Association for Democracy and Good Governance, released a united statement calling for his ouster.
After the election was declared invalid in July 1993, there was intense unrest in the Southwest. The annulment was criticized by people from all around the world. Additionally, it caused the United States and the United Kingdom to stop providing help to Nigeria.

Many people had to move across the country as a result of these murders. Media outlets were shut down by the government, and journalists were even detained. Additionally, they issued a decree that barred any legal action pertaining to the election’s annulment. General Ibrahim Babangida gave power to an interim administration led by Chief Ernest Shonekan before being compelled to resign. But this particular arrangement by General Ibrahim Babangida, who transferred authority to Chief Ernest Shonekan, didn’t survive since General Shonekan was overthrown and replaced by the late General Sani Abacha.

In 1994, Chief Moshood Kashimawo Olawale Abiola proclaimed himself the nation’s leader and commander in chief. He was later detained and imprisoned after being charged with treason. Workers in a number of industries, including banking, higher education, and the petroleum sector, staged demonstrations and went on strike in response to his imprisonment. Nine weeks passed during this strike. It had a significant detrimental impact on the economy.

Significance of June 12 in Nigerian History

1. The transfer of power from one civil administration to another

One of the advantages of the June 12 battle has been the ability to switch from one civilian government to the next since 1999 without the use of military force. Up until this year, when President Muhammadu Buhari signed a legislation declaring June 12 as Nigeria’s new Democracy Day, we had been commemorating this democracy on May 29 every year.

Nigeria’s democracy has not experienced any sort of military intervention since May 29, 1999. Nigeria has alternated between Democratic and civilian governments. This is undoubtedly one of the advantages of the conflict of June 12, 1993. There hasn’t been a single military disruption since 1999.

2. Admitting defeat after a loss

Another result of this democracy is that Goodluck Jonathan, the current president at the time, lost a general election in 2015 and declared defeat.

3. More freedom of speech than under military control

Nigerians have also enjoyed greater freedom of speech than was possible under the military, except for the odd violations by certain overzealous security personnel. If we as citizens don’t view democracy as a form of government that satisfies the needs of the people, the significance of June 12 won’t be realized. Regular elections, a return to civil liberties and journalistic freedom, as well as an end to wrongful detention and torture, were all brought about by the end of military rule.

The election of June 12 symbolizes the revolution of Nigerian citizens in recent history. As evidenced by Chief MKO’s victory, Nigerians are more interested in having a true leader and what he stands for. Even though the election’s victor passed away, he left us with important democratic lessons.

Because Abiola insisted on his mandate, we today experience democracy. If he hadn’t gone through all the battles, Obasanjo would not have become President and we most likely would have been under military rule.

What June 12 means in today’s Nigeria

Prior to today, the southwestern states observed June 12 as Abiola Day to recall the difficulties of the 1993 election and how the area was disenfranchised. The date of Nigeria’s Democracy Day was changed to June 12 by President Muhammadu Buhari on June 6, 2018. This was because of  Chief Moshood Abiola’s passing away during the fight to bring back democracy in Nigeria,

If we fail to see democracy as a form of government that satisfies the needs of the populace, the significance of June 12 will be lost. Our election results must reflect the will of the people. Our leaders must respect the integrity of the voting process. Rigging shouldn’t be possible.

Our political decisions shouldn’t be unduly influenced by money. Voters ought to support candidates for office who prioritize the needs of the nation and regard leadership as a public duty. The President should start reforming our political and electoral processes. He needs to enact the Electoral Act Amendment Bill as the first step.