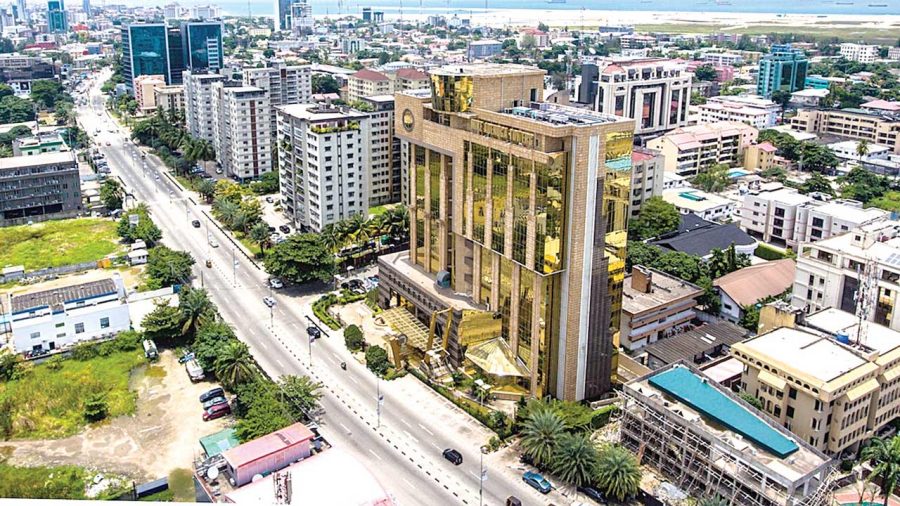 Nigeria is considered the richest and largest economy in Africa, it has the 27th largest nominal GDP and 25th largest GDP by Purchasing Power Parity. The name “Giant of Africa” is given to Nigeria because of the ever-growing population. Nigeria has a population of 211 million which is a big factor in its GDP.

The Nigerian economy is a middle-income economy, it has an emerging market having major growth in financial service, IT, communication, transportation and many other technology sectors. Nigeria is an economy that is just too big for businesses to ignore.

Foreign investment into the Nigerian economy has been increasing year after year which is one of the many factors responsible for Nigeria’s growth. By 2017 The US investment into the economy had already reached $5.8 billion, a 32% growth from 2016. In 2019 the US Foreign Direct Investment (FDI) was 5.5 billion a 21% increase from 2018.

China has been the largest investor in Africa for 10 years now, it uses all of its political, industrial, and financial might to build deep ties in Africa especially in Nigeria. Chinese construction firms are responsible for building most of the roads and rails, port, communications, and so many other projects.

China’s FDI in Nigeria in 2019 alone is about $123.7 million. From 2011 to 2019 the total China FDI in Nigeria was more than $1.3 billion. All this capital is part of the factors that go into making Nigeria a wealthy country.

How did Nigeria Become Rich?

In April 2014, something quite strange happened in Nigeria, the country’s economy doubled, racking billions of dollars. Nigeria’s economy reached the height of the Polish and Belgians, and beat South Africa to become Africa’s largest economy.

It had been 24 years since Nigeria had rightly calculated their GDP, making us wonder what countries miss when they don’t have accurate economic data.

When reviewing the Nigerian Economic data, it revealed that the country had not been factoring in other emerging sectors like film and telecommunication. After Analyzing the entertainment industry, it saw that the industry was responsible for generating about $600 million yearly and employs about a million people.

Adding the Countries, film and telecommunication sectors into its GDP made a big difference, and made its GDP more diversified.

Factor that Enabled Nigeria to Become Richer than most African Countries

There are four components responsible for a country’s Gross Domestic Product. These Components are personal consumption, business investment, government spending, and net exports.

Personal consumption or private consumption or consumer spending is the total money spent on final goods and services by individuals and households. As of 2020, it accounted for 70.2% of its nominal GDP.

The total yearly investment into the Nigerian economy accounted for 29.4% of its Nominal GDP in 2020. 1.6% of the GDP comes from Foreign Direct Investment (FDI) (read more on why Foreigners come to Nigeria) as of June 2021.

According to the Nigerian Investment Promotion Commission (NIPC), the country tracked a $16.74 billion investment as of 2020 despite the covid pandemic. 50% of this investment went to the Manufacturing sector, 28% for transportation and Storage, 11% for information and technology, 6% for mining and quarrying, 3% for finance and insurance.

This includes the total investment consumption and transfer payment. In 2020 the Nigerian government expenditure amounted to 12.1% of the country’s gross domestic product.

This is the difference between the amount generated from a country’s export and imports over a particular time interval. In 2020 the export of goods and services accounted for 8.8925% of Nigeria’s GDP.

The distribution of Nigeria’s GDP is in three economic sectors. These sectors are the

Is Nigeria Truly a Wealthy Country?

You might also ask if Nigeria is rich, then why is it still a middle-income country? Well, this is due to so many factors like trade deficit, lack of infrastructure to facilitate manufacturing, poor utilization of its population, poor regulations for SMEs and many other factors. While Nigeria may be a wealthy country in terms of nominal GDP and GDP in terms of purchasing power, it still has a low GDP per capita.

Analyst says with this the number of resources Nigeria has and its population which can heavily power commerce, there is no reason why its GDP should not be so much higher than what it currently has. Some good news, Nigeria is projected to be one of the fastest-growing economies in the world rising from 22nd to 14th in the ranking.