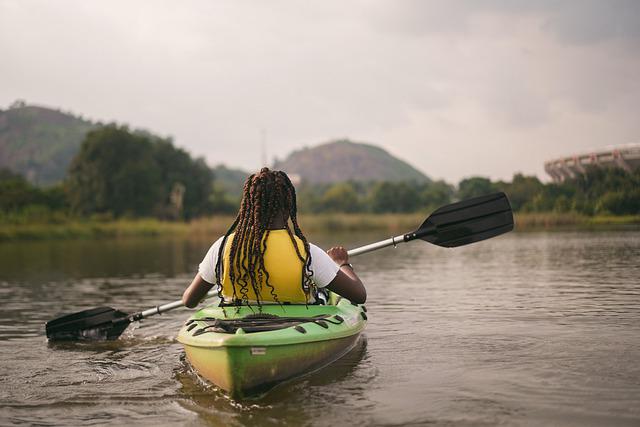 Since it is crucial to the prosperity of the nation, tourism is a significant sector of the Nigerian economy that needs to be developed. It entails journeying for pleasure or business.

When tourists visit a destination of interest, they get to see how the locals live and see tourist attractions. Tourism is significant in Nigeria because of the many advantages it offers as well as the part it plays in creating jobs and producing income for the government.

In recent decades, the tourism sector has risen to become one of the top service sectors in the global economy. In many developing nations, the economic flows brought about by international tourism have become crucial components of economic growth and international economic ties.

For instance, according to the World Tourism Organization (2010), modern tourism has turned into a key driver for socio-economic progress through the creation of jobs and businesses, the development of infrastructure, and earnings from exports as a result of an ever-increasing number of destinations opening up and investing in tourism development.

The contribution of tourism to global economic activity is estimated to be around 5%, and its employment contribution is projected to be between 6% and 7% of all direct and indirect jobs globally. The World Tourism Organization reports a 48-fold growth in international tourism receipts between 1970 and 2009, going from US$17.9 billion in 1970 to US$852 billion in 2009.

Tourism and its 9 importance in Nigeria

1. Earnings in a foreign currency

The contribution of tourism to foreign exchange profits is evident. Spending on tourism brings in money for the local economy. The revenue the nation receives from tourism can then be used to boost the economy.

Around the world, there are differences in how different destinations handle their finances. Some places may use this money to expand their tourism industries, while others may use it to fund public services like healthcare or education. In some places, however, there is extreme corruption, so no one really knows where the money goes.

Some governments will specifically attract tourists from certain regions since some currencies are worth more than others. Strong currencies are typically the most coveted currencies. Typically, this includes the British Pound, the American, Australian, Singapore, and Euro Dollars.

At least 83 percent of nations rank tourism as one of their top five export industries, and at least 38 percent rely heavily on it for foreign exchange revenues.

Nigerian tourism is important for many reasons, including job creation and employment growth. We are all aware of how high the unemployment rate is in Nigeria. There are jobs available in tourism.

These job opportunities include, among others, those for tour guides, restaurant servers, and hotel personnel. Additionally, tourism opens up opportunities for commercial growth. For instance, when there are tourist-drawing festivals, certain members of the host town have a tendency to open enterprises like restaurants and gift stores.

The eradication of poverty is helped when the local people receive compensation for the services they provide to tourists. This also aids in lowering poverty in the entire nation and raising people’s general standards of living.

Commercial activity has increased significantly in the areas close to tourist sites. People start stores. More people use flights and use international travel services. To operate effectively, they will also need to hire more personnel.

Additionally, the presence of visitors increases business for automobile rental services as well as other commercial intra-city transportation companies. All of these initiatives increase the number of jobs available and lower the nation’s unemployment rate.

This frequently aids in the preservation and sustainable management of natural resources, the preservation of regional history, and the revival of indigenous cultures, cultural arts, and traditional crafts.

4. Commercialization of Art and Culture

Many commercial enterprises may emerge as a result of tourism, which could have a favorable societal impact. People tend to have more disposable cash as a result, which boosts community spirit.

These companies might also support the local arts and traditions. The local traditions and practices of a place can be beautifully displayed through museums, performances, and galleries. This may aid in preserving and promoting regional customs.

5. The speed of infrastructure development is accelerated by tourism.

The number of tourists who visit the local areas influences how quickly infrastructure is developed. More visitors mean more revenue, and that revenue will be utilized to build new roads and other public facilities for the native population. When the host communities have high-quality facilities, more tourists will visit. The native population would benefit most from the amenities offered.
Enough money is generated by tourism to create hospitals, markets, and schools as well as offer good piped water and power.

Historically, investors looking to invest in rural towns have faced challenges due to subpar infrastructure. Due to the poor infrastructure, private businesses and individuals are discouraged from making investments in these areas.

It is evident that private businesses looking to invest in the local economy have little trouble doing so provided the government supplies infrastructure that is lacking, such as motorable roads. As a result, infrastructure development boosts the local economies of the host communities. The tourism industry affects all of these.

6. The country benefits from tourism in terms of the environment and the economy.

Visits by tourists to tourist destinations generate revenue that can be used to manage the nation’s natural resources and preserve the ecosystem. The indigenous people make their communities and tourist destinations more attractive and unique since they are aware that they are entertaining tourists.

The major groups of people who work in the tourism industry in Nigeria invest money in maintaining their cities to keep them clean at all times.

7. Travel and tourism adds to diversification.

Communities that traditionally obtain their gross income from agricultural and other operations can create new sources of income with the aid of tourism. This acts as an insurance policy in case of bad weather since the extra money made from tourists can support local businesses if necessary.

Indigenous company owners that receive additional money from tourism might also benefit from tourism by developing their creative potential. In other words, when local businesses suffer financial difficulties, tourism provides them with additional funding.

People who travel to different parts of the nation for the sole purpose of tourism, from both within and outside the nation, contribute fresh perspectives and cultural contributions to the host towns.

The host communities are open to sharing with the outside world their own culture and perspectives. As a result, one might observe cultural diversity. Additionally, the indigenous people have the chance to introduce and showcase their culture to these tourists.

Tourists pay money to see natives perform dances and plays that represent their culture. Additionally, they advertise their locally produced goods to attract tourists. All of these actions support the preservation of the host towns’ residents’ cultural heritage.

Some individuals believe that tourism is what destroys nature. Although this could very well be the case, it is crucial to remember that the tourism sector has always had a strong voice in favor of environmental protection, animal welfare, and animal conservation.

Fundraisers are frequently organized and supported by travel agencies and tourism organizations.
Additionally, there are activities available for tourists in some locations that help preserve the natural environment. It’s also a little different! There are numerous ways that tourism benefits the environment rather than harms it.