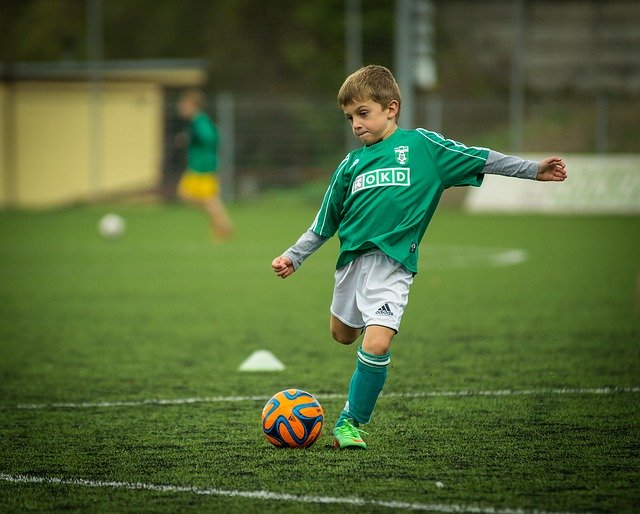 Sports are organised to entertain the spectators. Away from the entertainment aspect, it has become a very lucrative business with a lot of investments coming through TV rights, Jersey sales, sponsorships and so on. Football still is the most-watched sport, with a lot of clubs and countries involved in this sport. Depending on the player’s abilities, prestige, and some other factors, different footballers have varied take home earnings on a weekly basis. This article will take you through the top 10 highest paid footballers in the world

Lionel Messi tops the list unsurprisingly, the six times Balon D’or winner has been pivotal to the great feats achieved by Barcelona in the past years all over Europe. He is also liable to renew his contract or leave after every season. This explains the very lucrative contract he is currently enjoying in Barcelona.

After the world record transfer fee of €222million, Neymar Jnr has really enjoyed his footballing career in the monetary aspect. Although, the same cannot be said of his on-pitch activities as he has been encountered a couple of setbacks through injuries. However, the Paris St Geŕmain player remains the second-highest-paid player in world football earning about €36million per annum.

When it comes to the footballing world, the name Cristiano Ronaldo is a very popular one. He has achieved a lot of great feat as an individual coupled with many trophies as part of a team. He is currently signed to the Juventus Football club in the Italian Seria A league where he takes home about €31million euros annually, making him third highest paid player in the world.

After many years playing top flight football for FC Barcelona, Andres Iniesta moved away from Europe to a club in Japan, Vissel Kobe. He currently earns more than a lot of players in the top 5 leagues of the world, taking home up to €25million annually.

After a transfer that raised a lot of eyebrows, Oscar has enjoyed and cemented his place in the list of the highest-paid footballers in the world. He currently plays for Shanghai Shenhua, a club in China, where he earns about €24.6million annually.

Eden Hazard, the popular ex Chelsea player, moved to Real Madrid in the 2019/2020 summer transfer for a record deal. He has since found his way into the list of highest-paid footballers in the world with about €23.5million in total wages per annum

Alexis Sanchez has had quite an eventful career where he went from being placed in the bracket of being the best player in the premier league to being tagged a flop. After a horrendous start to his life at Manchester United, he now plays for Inter Milan Football club on loan from Manchester United. He remains one of the highest-paid players in world football, earning about €22.5million per annum.

Kylian Mbappe is one of the brightest youth talents in world football. Although he is quite young, he plays a sort of matured football that is enviable. He currently plays for Paris St. Germain and earns about €21million annually.

Givanildo Vieira de Souza popularly known as Hulk due to his build currently plays for Shanghai SIPG after a move from Zenit St. Petersburg. Due to the salary structure of the Chinese league, he currently earns about €20million per annum, which makes him the tenth highest paid footballer in the world.

Historical Ranking of Highest paid footballers in the world.

Football is dynamic, a lot of contract renewals, termination, transfers, amongst others. All these factors come together to shape the list of highest-paid players in world football, causing it to vary based on contract activities. It is expected that the highest-paid footballers will not be a permanent list. Therefore, a historical ranking is established to show the trend of change of the highest earners in world football.

The 2018 summer was an eventful one in the world of football and that can be deduced from the change in the names of the top highest earners, Lionel Messi became the highest-earning soccer player with Cristiano Ronaldo and Neymar Jnr coming second and third in that order. The list established earlier is a compilation of the recent salary of soccer players around the world, in essence, the highest-paid footballer 2020. Notably, not much change between the top 10 highest paid footballers in 2019 and 2020, with Lionel Andres Messi, still topping the list and Neymar Jnr coming second, Cristiano Ronaldo remains the third highest-earning player.

Who is the highest paid Nigerian footballer in the Nigerian league?

Who is the highest paid Nigerian footballer in the world.

Nigerian footballers and other sportsmen are steadily making the nation proud with their professionalism and talents. A lot of them ply their trade in major leagues of the world. As of the time of writing this article in 2020, Manchester United and Nigerian striker, Odion Ighalo is the highest paid Nigerian player in the world, earning about €8.5million per annum, which is approximately £165,000 per week. Although he had to take a pay cut to join Manchester United on loan, he still remains the highest-paid Nigerian in world football.

Who is the Highest paid footballer in England

In January, Kevin DeBryne, the Belgium and Manchester United midfield signed a new contract that runs till 2023 with a massive upgrade in his wages. The contract saw his wage skyrocket to about $418,000 per week. He currently earns more than any other footballer in the English premier league.

Who is the Highest paid footballer in Africa

Muhammed Awad, the Egyptian and Zamalek shot-stopper is currently the highest paid ootballer in Africa. He earns about $1million dollars per annum. Second on the list is Junior Ajayi, the Nigerian international that plays for Al Alyhl football club in Egypt, earning up to $771,000 per annum.