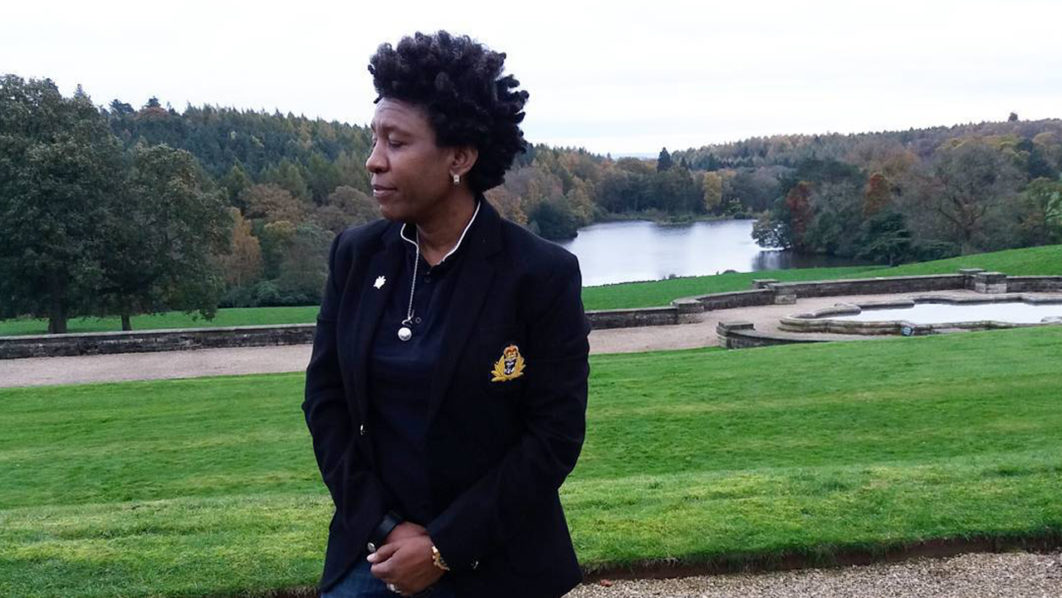 Adesola Adesimbo Idowu, popularly known by the stage name, Weird MC, is a rapper and songwriter. Also known as ‘The Rappatainer’ and ‘Shola Idowu,’ Weird MC is popular for her English/Yoruba lyrics.

She is a native of Ogun State who was born on 9, July 1970, in the United Kingdom. She has five siblings- two sisters and three brothers. She attended Maryland Comprehensive Secondary school in Lagos State. There, she formed the hip hop group ‘Weirdos’ with four female friends.

Weird MC had conservative parents who were not in support of her venturing into showbusiness. Weirdos did not bag a record deal despite their popularity in school. The group disbanded not long after.

Weird MC studied Law at Ogun State University but she left after one year to pursue her career in music.

Before pursuing a musical career, the iconic rapper had an interest in becoming a basketball player. However, her aspirations were dashed because women were not fully supported by the Nigerian Sports Commission. When she couldn’t fulfill her dream in Nigeria, she returned to England with the hope of pursuing her basketball career in America.

Weird MC is remarkably known for infusing Afrobeat to her music. She is one of the most notable female rappers in Africa. She is popular for her hit songs ‘Ijoya’ and ‘Allen Avenue.’

Her musical career was influenced by iconic singers such as Queen Latifah, Fela Kuti, Jimi Hendrix, and Miriam Makeba.

Weird MC claimed the third position in Club 291 contest. She also participated in several rap battles. At the later half of 1990 and throughout 1991, she toured the UK with DJ P Tee Money.

In 1992, she released the popular single ‘I Wanna Make You Jack.’ The single topped the number one spot on the Choice FM charts and received positive reviews. In 1996, the popular rapper released her first album ‘Simply Weird.’ She also released ‘After Da Storm’ in 2006.

Her second album featured the popular single ‘Ijoya’ which was produced by JJC and Don Jazzy. ‘Ijoya’ gained wide acclaim and was praised by music lovers.

She has received several awards such as the Channel O Music Video Award for Best Special Effect and AMEN award for Best Hip Hop Album.

Weird MC is not married. The rapper had revealed that she is ‘open to love, the love of God.’ She also stated that she loves kids and would want to raise two, a boy and a girl.

Weird MC was born on 9 July 1970. She is 50 years old. The veteran rapper, who is a born-again Christian, took to her Instagram page on her birthday to celebrate her new age and express her gratitude to God.

The Way We Blow