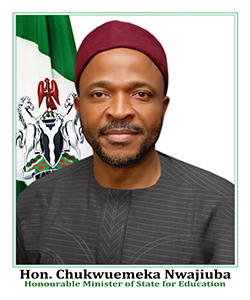 Minister of state for education in nigeria 2020

Chukwuemeka Nwajiuba is a Nigerian politician and lawyer. He was born on the 20th of August, 1967. Currently, he is the Minister of State for Education of the Federal Republic of Nigeria.

In 1991, Nwajiuba started his career as a managing partner of Ayodeji C. Emeka Ibrahim &Co.

In 2019, under the Accord Party, Nwajiuba was re-elected as member of the Okigwe North Federal House of Representatives. Nominated for a ministerial role, he became a Minister of State for Education of the Federal Republic of Nigeria in 2019.

Current minister of education in nigeria 2019

Chukwuemeka Nwajiuba is the currently the Minister of State for Education.

The current Minister of Education in Nigeria is Mallam Adamu Adamu.

In 2015 when President Muhammadu Buhari went for his first major appointments, he appointed Adamu Adamu as the Minister of Education along with 35 other ministers. On 21st of August, Mallam Adamu Adamu was reappointed.

Minister of education in nigeria on school resumption 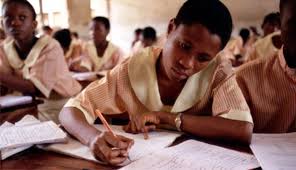 The Ministry of Education, Nigeria, made it known early this year that the previous fixed date (January 18, 2021) for Nigerian schools to resume was well planned. It was said that schools would consequently resume academic activities from the said date, Monday, January 18, 2021.

For the New Year 2021, schools across Nigeria were scheduled to resume by 18th of January, 2021. This was from the Federal Ministry of Education.

Mallam Adamu Adamu has career experience as an Accountant and a Journalist. He was born on 25th of May, 1954.  Adamu is currently serving as the Minister of Education Nigeria. He bagged his Bachelor’s degree in Accounting, from the Ahmadu Bello University, Zaria. He later received his Master’s degree in Journalism from the Columbia University’s School of Journalism. Adamu is a polyglot and speaks Hausa, English, Farsi (Persian), Arabic, and French.

Adamu worked briefly as an Accountant in Bauchi State before graduating and venturing into Journalism. He began his Journalism career as a writer. Back then, he wrote on several themes, subjects and public analyst. He later got his first job with the New Nigerian Newspapers as Special Correspondent and member of the editorial board of the New Nigerian group of newspapers in 1984. He became the Deputy Editor of the New Nigerian newspaper and chairman of the group Editorial Board.

He was also a back-page columnist (Friday Column) for Media Trust’s titles and has contributed to several news outlets – including the Canada-based Crescent International.

Adamu also once served as a Special Assistant to General Muhammadu Buhari, then as the chairman of the Petroleum [Special] Trust Fund, PTF. Before his appointment as Minister in 2015, he was the secretary and member of Muhammadu Buhari’s APC Presidential Transition Committee. The Federal Ministry of Education has always been recruiting. If you would want work with this Ministry, you can apply today.

For the job requirements, candidates must possess any of the following in any discipline – B.Sc, HND, NCE, or OND.

The procedures for applying for any of the Federal Ministry of Education jobs is are as follow:

Minister of health in nigeria

The present Minister of Health is Osagie Ehanire. He has served as the Minister of state for health in the first term of President Buhari, from 2015 to 2019.