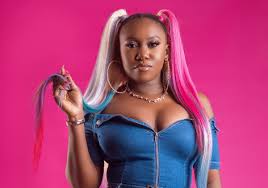 Niniola is one of the best female singers in Nigeria. She is a singer, songwriter, and performer. The talented singer has created many songs and also collaborated with many musicians in Nigeria and across Africa.

Below are some of her songs. Most of them were hits.

And many more. She keeps them coming.

In 2019, Niniola came up with “Boda Sodiq “. The Afro-house Queen teamed up with Kel P. With the hit song, it is almost impossible not to move the body while listening to it.

Almost all the songs released by Niniola we’re hit songs. She has really worked hard on her craft since she began her musical career.

Below are a few of Niniola’s latest songs:

She still makes good music and also teams up with other artists. Niniola has received several awards.

The name of Niniola’s younger sister is Teniola Apata. Teni is also a singer and songwriter. Known as Teni D’ Entertainer has a quite different style from her older sister, Niniola.

Niniola was born Niniola Apata, on 15 December 1986. She is a talented Nigerian singer, performer, and songwriter. The artist is from Ekiti State, Nigeria.

According to the singer, her family has been very supportive. She went to Apata Memorial School. And later proceeded to the University of Lagos where she obtained a Bachelor of Education.

Niniola has had an intense passion for music while she was very young. When she was still in high school, Niniola uses her free time in class to sing, on request by her classmates. She is a great vocalist. Back then, they named her ‘the human radio’.

The talented singer also joined her school’s cultural group, where they participated in several social activities. She still desired to make her music know far beyond the accolades she got from her friends and family. This made Niniola participated in different competitions. These helped her sharpen her singing skills.

Niniola later went on to make her official single titled “IBADI”. IBADI was produced by Sarz. It was a kind of new music genre invented by her – she called it “Afro-house” which was a fusion of Afrobeat and House music. Her single was a big success, in Nigeria and across Africa.

Niniola worked hard and almost all her songs topped charts. “Maradona” was such an example, which trended so well. The talented singer has also featured in many songs with other artists, and those songs were hits.

She has worked with other popular African singers, including the Ugandan singer, Eddy Kenzo (a BET AWARD winner). Eddy featured Niniola on a remix to his hit single “Mbilo Mbilo”. This also won at the AFRIMA awards in 2016, for the Best Collaboration of the year.

Niniola is one of the richest female singers in Nigeria. She was recently estimated to have a net worth of $1.5 million USD. The singer made her money from her music, live performances, and several deals and contracts as an ambassador of various brands.