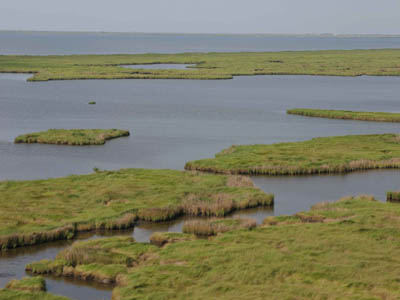 There are many various types of wetlands in the world, and Nigeria is home to one of the first wetlands to be listed as a Ramsar site, which is a type of wetland that is internationally recognized.

The three most obvious tribes that rule the region are Hausa, Kanuri, and Fulani. Fish, reptiles, mammals, amphibians, and bird species are among the very valued resources that are ascribed to Nigeria’s wetlands. It is located in the Sudanosahelian zone, which is the area between the Sudanian Savanna in the south and the Sahel in the North, and is a large area of floodplain wetlands in Nigeria.

A definition of wetland

A wetland is often a region of land that is entirely covered by water, whether year-round or just during specific seasons. These sections of land are known to have rich and distinctive ecosystems from, for example, waterways or the dry ground since they are covered with water as well as a diversity of various land and water dwelling plant life.

Wetlands are particularly significant to the globe since they are the homes of some of the most endangered animals and plant species, which is a direct result of this diverse ecology.

Wetlands are crucial to us because they clean the air, replenish groundwater supplies, prevent flooding, and provide as a haven for a wide range of plants and animals. Swamps, marshes, bogs, and fens are all examples of wetlands.

Nigeria’s terrestrial lands cover a vast area of around 2,988,000 ha that is classified as wetlands, while the freshwater swamp and mangrove region are each about 2,130,000 and 858,000 ha, respectively.

The Niger delta wetlands are regarded as one of the greatest wetland systems in the world. The vast bulk of wetlands are found in the Chad, Niger, and Benue Basins. In Nigeria, there are around 14 wetlands belts that may be found by region, from the north to the south of the country.

Importance of Wetlands in Nigeria

Wetlands are known to offer the ecosystem and the general public a number of significant functions nowadays. They provide vital habitat for fish, ducks, and other species, clean up contaminated water, and lessen the devastation that floods and storms may cause.

Additionally, they offer a wide range of leisure activities like hunting, fishing, photography, and wildlife viewing. Wetlands are increasingly recognized as productive and important resources deserving of conservation and restoration as these and many other wetland functions and qualities listed below have gained increased public awareness.

Wetlands near rivers and streams absorb energy and store water during storms, which minimizes downstream flood damage and the danger of flash floods. Flood control and streamflow maintenance. During times of drought, the gradual release of this water that has been held can assist keep streams running.

Many species of amphibians, reptiles, birds, and mammals that are specially suited to watery settings may be found in wetlands. Wetlands are frequently used for food and refuge by upland animals including deer, elk, and bears. For many migrating bird species, wetlands are very important.

Wetlands are important for providing food, cover, spawning grounds, and nursery grounds for freshwater and marine animals such as trout, striped bass, pike, sunfish, crappie, crab, and shrimp. Wetlands are crucial to between 60 and 90 percent of commercial fishing in the country.

5. Habitat for Threatened and Endangered Species

Wetlands are essential to the survival of around one-third of all plants and animals designated as Threatened or Endangered in Nigeria. They act as a safe haven for these animals and prevent them from being killed indiscriminately.

The wetlands of Nigeria are home to almost 7000 different plant species, many of which are need on moisture to exist. The only other agricultural crop with the exception of sugar cane that can generate more plant material and store more energy per acre is a stand of cordgrass in a salt marsh.

Plants, fish, and animals in estuaries and other downstream habitats depend on the nutrients and plant matter ejected from certain wetland systems during storms.

A variety of flora, animals, and water features may be found in many wetlands, making them lovely locations for sightseeing, hiking, fishing, hunting, boating, bird watching, and photography.

Some wetlands contribute to the availability of pure water.

Marshes are wetlands that are always flooded rather than only sometimes, like during the summer or for a few months each year. Marshes can contain freshwater or saltwater, and their water content varies with the seasons. They may contain a wide diversity of plants that have evolved specifically to survive in soggy soil. A marsh can be classified as either freshwater, salty, inland, or coastal. These may be found all over the world and each has a unique habitat. Beavers, alligators, newts, prawns, and turtles are among the marsh’s biodiversity.

Swamps vary from marshes in that normally woody vegetation predominate there (rather than soft-stemmed plants). People from all over the world frequently cut down some of these trees to create lumber and build their homes, which can have a significant negative impact on the ecology if an excessive number are removed without being replaced by new saplings. Typically, several types of fish and birds as well as smaller species may be found in swamps.

Swamps may be divided into two categories: shrub swamps and wooded swamps. Many different creatures, including snakes, alligators, beavers, and a wide variety of birds, may be found in swamps.

Bogs are noted for their highly acidic water, spongy peat deposits, and sphagnum moss-covered surfaces. Bogs, in contrast to marshes and swamps, often acquire their moisture from precipitation rather than from water sources like streams or river runoff.

The fact that these wetlands absorb precipitation as it falls and stop rivers and other waterways from rising makes them excellent for averting downstream floods. Northern bogs and pocosin bogs are the two types of bogs.

Fens are peat-forming wetlands like bogs, but they often receive their moisture from ground water rather than precipitation, making them significantly less acidic.

As a result, they often sustain a wider variety of fauna, including plants, fish, birds, and everything in between. Fens are advantageous because, like bogs, they may assist stop land from flooding elsewhere by soaking up groundwater and preventing it from leaking elsewhere.