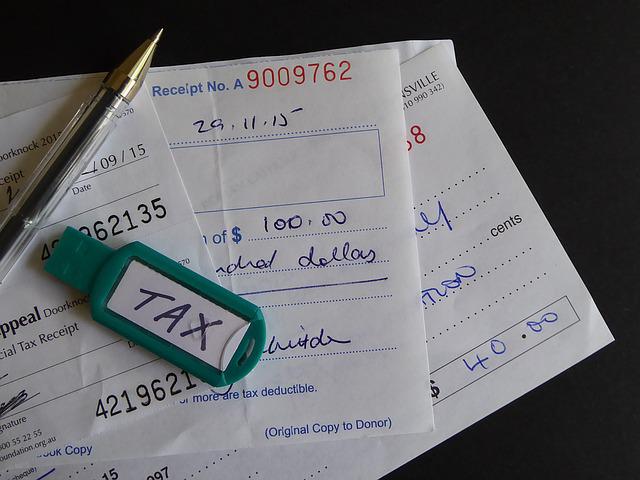 For the accomplishment of a number of tasks, the government need funding. It raises the money needed to finance its operations from a number of sources. Public income is the term used to describe all government revenue. Therefore, a welfare state has every right to tax its populace. In order to achieve social justice and economic equality, taxation is a vital financial treasure.

The largest source of funding for the government is from taxes. The money that the government receives from all different taxes is referred to as tax revenue. Direct and indirect taxes have been used to categorize taxes based on their form. A direct tax is one whose cost is borne by the target of the tax. Indirect taxes are those that one person pays but for which another person is responsible for bearing the burden. The tax system is crucial to national growth. Indirect taxes are crucial to the growth of the economy because they have an impact on both production and consumption.

A fundamental method for nations to produce public revenues that enable them to support investments in human capital, infrastructure, and the provision of services for citizens and businesses is through the collection of taxes and levies.

Taxation is a fundamental tool for achieving national sustainability. The three tiers of government in Nigeria use tax income to fund the provision of the people’s essential commodities and services.

Benefits of taxation in Nigeria

Taxes are levied to give the government money for inflation-free spending. The government uses taxes for many things, some of which include:

Importance of Taxation in Nigeria

The nation’s healthcare system is improved with a sizeable portion of the taxes that are collected. There are public hospitals that provide healthcare for free or at a low cost. Government hospitals now offer much higher-quality care than they did in the past, and this improvement is solely attributable to taxpaying citizens.

Similar to this, there are public schools with a low tuition. In the end, everything contributes to the nation becoming stronger and more rich.

Taxes have historically been employed in many nations to promote healthy behavior and discourage unhealthy ones. Examples are green taxes to benefit the environment and tobacco levies to reduce tobacco use. In doing so, taxes have a significant influence on how human development turns out.

A further illustration is the possible impact of taxes on the advancement of gender equality, a topic that is garnering more attention in the policy discussion on public finances and the government’s obligation to its citizens. Taxes have been shown to affect people’s behavior and decisions, which has effects on the environment, gender equity, and health outcomes. A society’s fate depends on the decisions made by the government.

As long as there are economic activities carried out by citizens of the community, including individuals and corporations, taxation in Nigeria is a reliable source of revenue for the government. Because of Nigeria’s taxation system, the current administration is able to raise funds to satisfy current demands without impeding the ability of future generations to do the same.

Through taxation, the government is able to maintain a steady stream of income that is used, among other things, to build infrastructure, generate jobs, and boost investment, all of which eventually increase the welfare of the populace. In contrast to other methods of raising money, such as levies, fees, and charges, the tax system provided security and predictability.

Taxation ensures the redistribution of income in the local economy since the government uses tax revenue from high earners to fund public infrastructure and essential services for all people, even those with the lowest incomes.

Taxes are occasionally used to create social safety nets for the poor and other classes of people who may require such interventions as part of various methods of income redistribution. Thus, through redistributing wealth, taxation aims to reduce the difference in living standards.

5. To stimulate the economy

The promotion of both domestic and foreign investment in the Nigerian economy is one goal the country’s tax system aims to achieve. Because these enterprises are kept in the economy, the local investments profit from the competitive advantage provided by the Nigerian tax structure. Local companies are not subjected to tax burdens that are excessive. Nigeria’s tax structure has made it possible for international investment to flourish there.

This draws foreign capital into the nation. Some strategies to draw investment into the Nigerian economy include tax reductions in certain circumstances and the Free Trade Zones. Increased foreign investment in Nigeria would lead to more employment opportunities, allowing Nigerians to earn a living wage and build wealth simultaneously.

The National Tax Policy, which directs Nigeria’s taxation system, makes sure that the money collected from individuals, corporations, and foreigners residing in Nigeria is used wisely by the government to fund the country’s critical public infrastructure and essential services. The tax code is an essential tool for the expansion and development of the nation.

Nigeria’s tax system makes an effort to foster both vertical and horizontal equity. In this context, the term “horizontal equity” refers to treating equal people equally. Vertical equity, on the other hand, makes sure that equity between various income groups is upheld. Tax burdens on taxable persons and corporations are determined by their ability to pay, even if taxing aims to raise the necessary funds for government spending.

The ability-to-pay principle is used to determine how much tax a person or corporate entity can pay. The National Tax Policy for Businesses acknowledges that there are gaps in the infrastructure and services required for businesses to operate in Nigeria at their best capacity. Therefore, the taxation of enterprises in Nigeria is dependent on their capacity to pay.

8. To achieve a more stable economy

Additionally, TETFUND provides funding for a number of initiatives aimed at educating these schools’ academic personnel. Since more than ten years ago, the supported Master’s and Doctorate programs have benefited thousands of instructors at various levels.

10. Tends to cushion moments where the market is down

Taxation functions as an effective tool to remedy such anomalies when market imperfections and other economic sector distortions arise as a result of externalities and natural monopolies. Taxation is either reviewed upward or downward as may be necessary to meet the Government’s purpose in order to remedy these economic imbalances.

11. Helps to further improve the growth of the economy

The local economy is invariably strengthened when tax revenue is wisely invested in constructing the roads, bridges, hospitals, electricity, and other public amenities required to support commerce and economic activity. The aforementioned infrastructure helps to attract both domestic and international investors, which in turn helps the local economy expand.

12. For improvement in the tech sector

The Technology Levy, which is imposed on banks, insurance businesses, pension managers, telecommunications companies, and internet service providers within a certain profit margin, aims to improve technology in Nigeria.

In Nigeria, taxes are levied in a number of ways. Personal Income Tax and the Development Levy are the two types of tax that apply to persons. The following taxes are levied on businesses (corporate entities) in Nigeria: education tax, petroleum profit tax, business income tax, and technology levy. Transactions are also subject to taxes including the capital gains tax, import duty, export duty, excise duty, and value added tax. The Property Tax and any other taxes that may be imposed on land or landed property are also applied to properties in Nigeria.

There needs to be a strong infrastructure, including roads, telephones, and energy, for the firm to succeed. Governments invest the funds they receive from taxes in infrastructure development, which in turn stimulates the economy nationwide. The idea of taxation is crucial to business because it allows the government to inject money into the economy in the form of loans or other funding mechanisms.

Taxes contribute to a nation’s improvement in living standards. The degree of consumption is stronger and higher the higher the standard of living. Additionally, business would be guaranteed of stronger domestic consumption when there is a market for their goods and services, with a higher level of life. Taxes are necessary, and every citizen should profit from them.