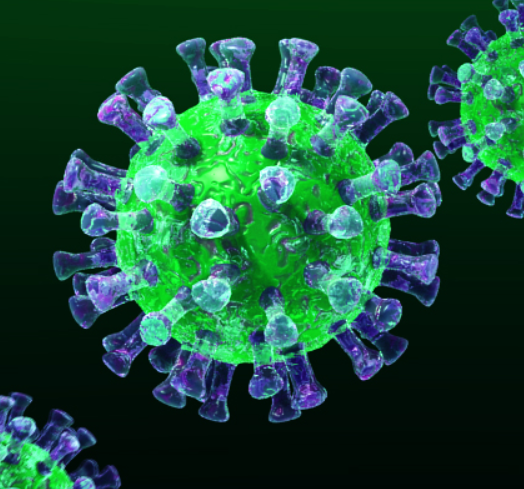 The coronavirus, which has been named as ”SARS-CoV2” are said to belong to a large family of viruses that can be found in people and various types of animals. A recent outbreak of the COVID-19 started in the Wuhan province of China due to the infection of the coronavirus to people through animals. The disease was initially discovered in Wuhan China but has spread to nations like the USA, Italy, Germany, Iran, and others.

With the spread worldwide, many top celebrities and well-known names have tested for the COVID-19. In this article, I will be sharing with you some of the celebrities that have tested positive for the virus and others.

The wife of Canadian prime minister, Sophie Grégoire Trudeau, was reported to have tested positive to the coronavirus. This makes her one of the high profile individuals to be contaminated with the deadly pathogen.

According to a statement released, the office of the prime minister said she started experiencing a minor fever and other symptoms for some days. After she was tested, the result of the test came back positive.

Currently, Grégoire Trudeau has been placed under self-isolation with her husband and their three children for 14 days as part of precautionary measures. This isolation will not affect the duties of the prime minister as the head of the Canadian Government.

We wish her speedy recovery in these trying times. 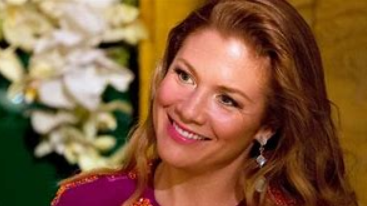 GrégDaniele Rugani, a football player that plays for Serie A league leaders, Juventus, and the Italian national team, has tested positive to the coronavirus.

This makes him the first player in any of the world’s top leagues to test positive to the virus. Juventus has announced that anyone who had close contact with him is currently isolated. 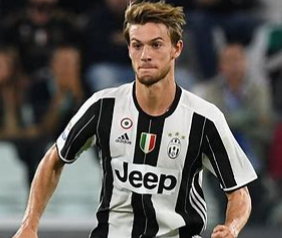 Arsenal’s new manager, Mikel Arteta, has tested positive for the coronavirus disease. According to a report on the Arsenal official website, ‘‘those that had recent contact with the coach will be isolated for the government health guidelines’’.

Mikel Arteta is the first coach in the world to test positive with the deadly disease. 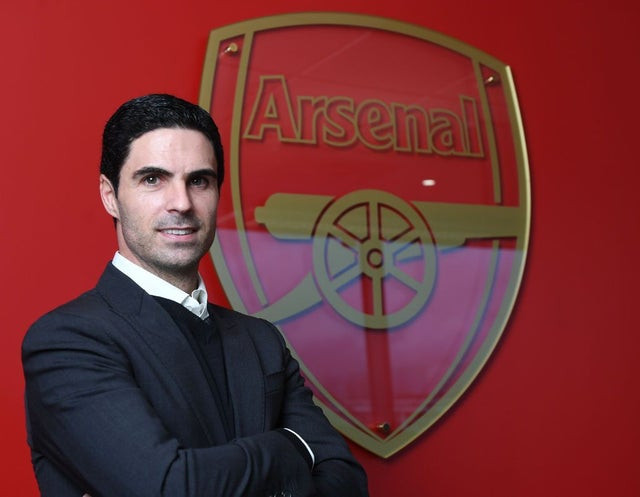 He was amongst the top government officials that were reported to have contacted the novel coronavirus.

Callum Hudson-Odoi plays for Chelsea FC and the England national team as a winger. He was reported to have tested to the coronavirus on the 12th March. The player displayed cold symptoms and had to be separated from his teammates since then. He’s test result was released on Thursday, showing that the young winger has the coronavirus pandemic.

However, he revealed through a video that he had recovered from the virus.

Several players and coaching crew of the Chelsea football club of London have been quarantined due to this development. 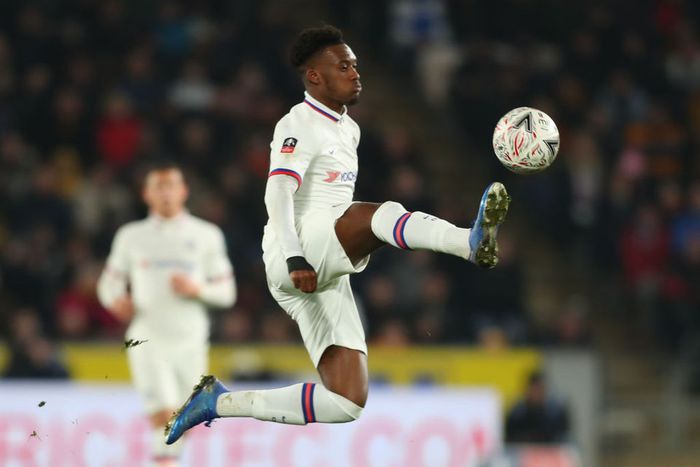 Popular actor Tom Hanks and his wife Rita Wilson have tested positive to the coronavirus. They are being isolated in an Australian hospital and are said to be in stable conditions. Hanks is said to be preparing to commence shooting on a new Elvis Presley biography movie.

Tom Hanks and Rita Wilson are the first Hollywood stars to have been infected with the coronavirus. 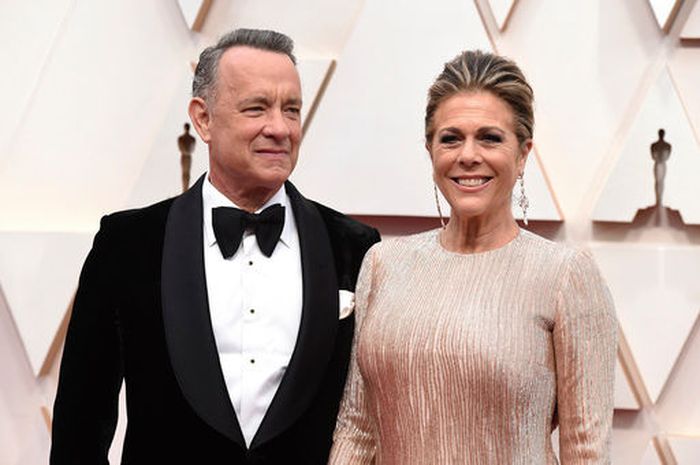 Reports show that the Argentine national team forward was part of the Italian league players that were quarantined and were tested. The test result shows that the player tested positive for the coronavirus pandemic.

Paulo Dybala is a teammate of Daniele Rugani, who also has tested positive to the coronavirus. They both play for Italian Serie a giants Juventus.

The Italian Government has suspended all football activities to the outbreak of the deadly pathogen. 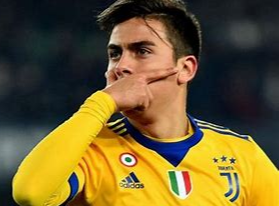 Fabio Wajngarten is an aide to the president of Brazil, President Jair Bolsonaro, who has been said to have tested positive to the virus.

He was amongst the delegation of the Brazilian Government that traveled to the United States of America with President Bolsonaro and met President Donald Trump and Pence, the vice president (USA) in Florida.

President Jair Bolsonaro is, however, waiting for the results of the test carried on him.

Popular actor, Idris Elba, reveals that he tested positive to the coronavirus. He tweeted on Monday that although he shows no symptoms so far and has been isolated since Friday when he discovered about his possible exposure.

Idris Elba encourages people to wash their hands regularly and embrace social distancing at this stage. His wife is yet to be tested, she’s said to be doing fine.

Both plays for the Utah Jazz team in the NBA.

This development has led to the suspension of the NBA season until further notice. 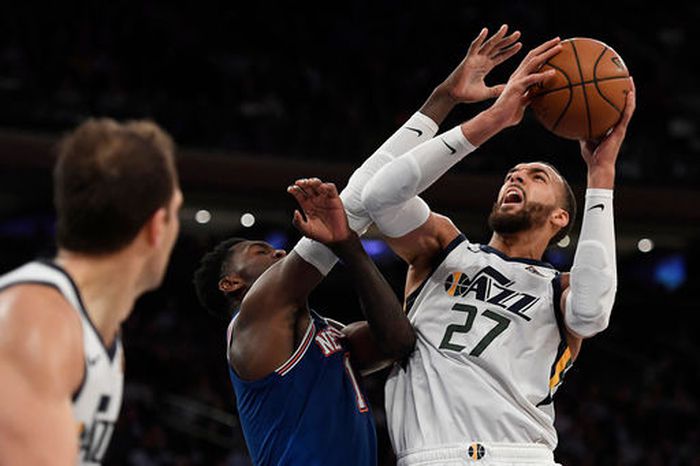 Nadine Dorries is the health minister in the United Kingdom; she took to her Twitter account to tell the world she had tested positive to the coronavirus.

‘‘Thanks for so many good wishes. It’s been pretty rubbish, but I hope I’m over the worst of it now. More worried about my 84yo mum, who is staying with me and began with the cough today. She is being tested tomorrow. Keep safe and keep washing those hands, everyone’’.

Ezequiel Garay is an Argentinian national that plays for Spanish club Valencia. It has been confirmed that the defender is the first player in the Spanish La Liga to test positive for coronavirus.

Valencia has released a report stating that 5 of the club members have confirmed to be positive for the COVID-19.

Cristiano Ronaldo, teammates with Daniele Rugani and Paulo Dybala, is currently undergoing a period of isolation in Madeira, Portugal, where he went to visit his mother, who has been hospitalized after suffering a stroke. He’s quarantined to check if he shows any symptoms of the virus.

The Italian club released a statement that all their players and staff are observing a time of home isolation (voluntarily).

President Donald Trump made a public statement he had been tested for the novel coronavirus and still waiting for the results. This was after he can in recent contact with two individuals from the Brazilian Government that has tested positive to the virus.

However, reports by White House press secretary said the results of the test were negative as the president is still not showing any of the symptoms of the virus for the past week.

Prime Minister Justin Trudeau is said to be on a 14 days isolation with his wife and their three children after his wife tested positive to the coronavirus. The isolation is said to be part of precautionary measures taken by the Government.

However, this isolation doesn’t affect his duties as the head of Government. Also, he will not be tested now as he shows no symptoms of the virus.

Reports were surfacing online that the pontiff has the virus after he was seen coughing when taking the angelus at the St. Peter’s Square, Rome. Still, the Vatican in a publication stated that the pope was only suffering from regular cold and wasn’t showing any symptoms of the virus.

La Liga giants, Real Madrid, wrote a statement stating all their first-team players are in self-isolation and all sporting and non-sporting activities at the Santiago Bernabeu training ground after it was confirmed that one of the players (basketball team) tested positive for the coronavirus.

This measure was taken to reduce the risk of contracting the virus by the first team players and their family members.

Several Arsenal first-team members have gone into self-isolation after it was reported that Evangelos Marinakis, the owner of Olympiakos, tested positive to the novel coronavirus.

The players came in close contact with him when they played against his team Olympiakos in London on the 20th March.

Also, the football club suspended the majority of their activities after the team manager, Mikel Arteta, tested positive for the virus.

Three of Leicester City FC’s first team players are currently self-isolated and kept away from their teammates after showing symptoms of the coronavirus.

Brendan Rodgers, the club manager, didn’t specify the players who were being isolated/quarantined but stated the club did it in a bid to follow procedures.