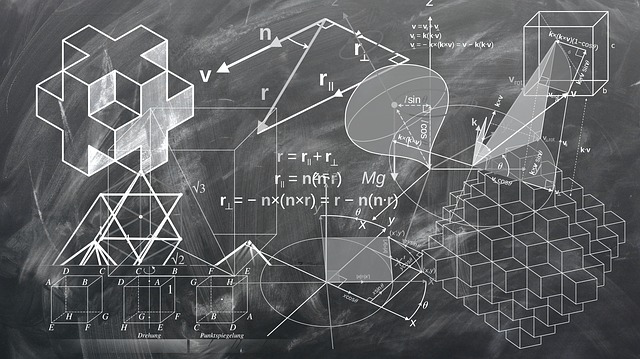 The phrase typically (though not always) refers to secondary schools called Federal Government Colleges. They originated from the same motivation as “federal character,” NYSC, quota systems, etc., all of which were designed to promote harmony among individuals from various ethnic and socioeconomic backgrounds

The notion is that by introducing Nigerians from various regions of the nation to one another and to other locations, you may perform nation-building. The quota system and unity schools are identical to the US’s desegregation and affirmative action policies. Their goal is to improve for one generation those segments of society that haven’t historically profited from (or witnessed the benefits of) modern educational systems (e.g., 25 years).

The result is that, in theory, mutual understanding is promoted when Nigerians from Sokoto end up in Ebonyi and those from Osun end up in Benue. Due to the great competition in some fields, the quota system also gives those who would not typically be accepted a chance to better their future (and the overall future of the country).

Beginning in the 1960s and 1970s, the Federal Republic of Nigeria’s government established Unity Schools with the primary goal of integrating and developing future leaders for both the public and private sectors of Nigeria who would be responsible for and develop the mindset of fostering national unity and sustaining a great nation.

Unity schools are crucial in Nigeria, and this cannot be underlined enough. In Nigeria, unity schools support national integration, nation-building, and unity. Students from many sections of the nation and from all walks of life—regardless of their various ethnic backgrounds and religious beliefs—come together at unity schools to learn knowledge and values, thereby fostering unity. More than a hundred unity schools can be found throughout Nigeria’s states and regions, giving youngsters the chance to learn about the various facets of the nation’s diversity.

Why Unity schools are important in Nigeria

Children in Unity schools in Nigeria have access to a variety of curricula that support the development of their various skills. Different academic and extracurricular activities are available at various secondary school levels to assist students to develop their potential.

Science, business, basic technology, the fine and applied arts, as well as other subjects, are all offered in Unity schools. Even their technical colleges offer courses in catering, painting and decorating, wood and metal work, ladies’ clothing, bricklaying, and repairs of phones and televisions, among other things. Regardless of their hobbies or areas of strength, all of these support students in focusing on any subject they choose and in carving out a space for themselves in society.

Unity schools are important in Nigeria because they encourage students to strive for greater academic and life goals. Because of the way Unity schools are set up, excellent performance is rewarded. Both academic and extracurricular endeavors have benefits. These incentives encourage students to work hard and achieve notable successes both inside and outside of the classroom. This encourages them to work harder and achieve greater heights in their endeavors in life.

The promotion of unity among Nigerian children is one of the important functions of unity schools in that country. Children are taught the value of respecting others’ beliefs and religions even if they differ from their own in unity schools. This aids in encouraging harmony among differences.

We are all aware that there are numerous ethnic and religious groupings in Nigeria. Thus, unity schools assist kids in understanding one another and developing greater tolerance. Additionally, they instruct kids in respecting and appreciating people of all faiths. All of these things support the group’s togetherness.

One of the benefits of unity schools in Nigeria is that they produce highly esteemed individuals. People who can think independently and respect others’ sentiments are raised in unity schools. They teach people how to value the dignity of labor. People learn to recognize many values in unity schools.

Unity educational institutions support the development of independent thinkers who can stand by their conclusions. In-depth disciplinary measures are also used to teach individuals that their actions have repercussions. Because they have handled duties and completed a variety of activities that aided in boosting their level of confidence at some point in school, they are taught how to be responsible citizens.

5. To further their education after graduating from primary schools

Another benefit of Nigeria’s unification schools is that they give all youngsters, regardless of background, the chance to continue their education in higher education. Children are given the opportunity to access secondary education through Unity schools.

Since unity schools are strategically positioned throughout the nation, children from all regions have an equal chance to succeed, regardless of their background in terms of religion, ethnicity, or social class.

6. A healthy lifestyle is encouraged in these schools

To promote healthy living, Unity schools in Nigeria provide physical education and health education programs to their students. Physical education professionals with the necessary qualifications and training instruct these classes. They aid in enhancing the students’ overall coordination and flexibility.

Additionally, these programs support the student’s interpersonal skills and lift their spirits. During class, they mingle freely. All of these contribute to the pupils’ overall well-being being improved. Students learn skills in physical education and health education programs that will motivate them to maintain healthy lifestyles as they get older.

7. Expose the children to modern tech

Students from all walks of life have the chance to embrace the modern era of science and technology thanks to Unity schools. Students are taught the fundamentals of coding and other IT skills at the majority of unified schools.

We all know that the world is a small community. The technology of today has made enormous strides. The majority of unified schools make sure that their students have access to current knowledge regarding cutting-edge science and technology. The majority of unification schools feature computer laboratories that are fully furnished with cutting-edge machines. All of these contribute to preparing the pupils to function well in a society that is developing quickly.

8. To promote culture and language

The promotion of Nigerian culture and language is one of the important functions of unity schools in Nigeria. Nigerian Unity schools support and promote both local and international cultures. Through academics and other forms of media, Unity schools educate their students about various cultures.

The culture and values of the people of Nigeria are taught to students. Additionally, they are taught about various cultures as well as what is acceptable within the Nigerian African cultural heritage. This enables them to better understand Nigerians’ rich cultural history.

Unity Schools was one of the national initiatives or programs launched by General Gowon’s administration to advance national unification. This is the establishment of federal institutions, sometimes called “unity schools” because their goal is to serve all 50 states. The government had the opinion that if a child is sent to a school outside of his or her local area when they are still young and developing, they will eventually grow up to live with and respect other Nigerians from those locations.

This is accurate when one observes the cordial connection between Chimaraoke Nnamani of Enugu State and Alhaji Ahmed Makarfi, the previous governor of Kaduna State. Because the two governors attended the Federal Government College of Enugu, a bond between them evolved. There are currently 114 unity schools in the Federation.

The first all-boys institution in Nigeria was established in 1909 and was known as King’s College, Lagos. The school was founded to prepare people for the then-colonial government’s formation. The government opened Queens College, Lagos in 1927, an all-girls school, but this time they paid attention to the education of girls, which had not before received any concern. The schools’ achievements in providing young Nigerians with a quality education while also instilling in them a sense of national pride, encouraging national unity, and serving as a real tool for national integration and unification.

It was what wowed Sir Abubakar Tafawa Balewa’s administration in the immediate post-independence period. This prompted his administration to create three further federal unification colleges based on the nation’s then-regional organization. The three additional schools established in 1966 were located in Okposi, Eastern Region; Warri, Mid-Western Region; and Sokoto, Northern Region, keeping in mind that the prior institutions were located in the Western Region.