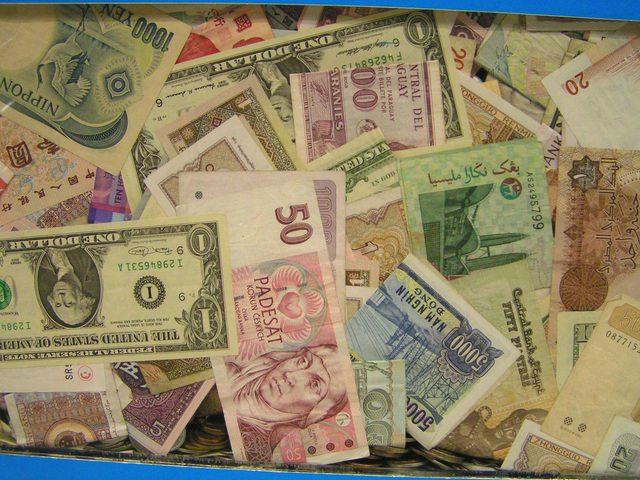 We all spend money on daily basis, but have you ever wondered which of the world’s currency is the strongest? A currency’s strength is usually determined either by the rate of international market demand or by a fixed measure determined by the central bank of its country or sometimes a combination of both.

180 currencies are officially recognized by the United Nations as legal tender from all around the world, thus to establish a basis of comparison of all of them to find which ones hold the most value, we use the United States of America’s dollar as the fixed base currency like most financial reports in the world. Therefore, the strongest currency is defined as the one that will give the smallest unit of equivalence in that currency.

Oil-rich Middle Eastern country has the world’s most powerful currency. The Kuwaiti Dinar is the highest-valued currency in the world, going for approximately at $3.32 per Dinar. Kuwait’s relatively stable economy and substantial oil exports which produces almost 95% of the country’s revenue is what accounts for the high value of its currency

Initially, the Kuwaiti Dinar was equivalent to one Pound Sterling when it was first introduced in 1960 after the country gained its independence from the United Kingdom. However, since 2003, the currency has been pegged to the US Dollar, with the government deciding also to peg the Kuwaiti Dinar to the weighted currency basket in 2007

According to some estimates, Kuwait has about 9% of the global oil reserves within its territory. Mining the petroleum is reputed to be among the easiest and cheapest in the oil-rich region. These, coupled with the fact that Kuwait is a tax-free country with a very low unemployment rate, makes the country rank 8th amongst countries with the highest GDP per capita.

Another country located in the Arabian Gulf area, Bahrain has the world’s second strongest currency. The Bahraini Dinar or BHD is the currency of Bahrain.

The country’s economy is also heavily dependent on oil exports. Though it has small stores of crude oil itself, the Kingdom of Bahrain has built its economy on processing of petroleum from neighbouring countries, but has recently diversified into financial and commercial services, communications consulting and tourism.

This increased focus on diversification and the strength of the currency has led to Bahrain becoming a magnet to expatriate workers, especially Indians who are the largest expat group in Bahrain.

The third-highest currency in the world is the Omani Rial. This currency is the official currency of the Sultanate of Oman, an Arabic country located in the Arabian Peninsula. A former maritime empire, Oman is the oldest continuously independent country in the region.

Crude oil is a mainstay of the Omani economy, accounting for about 60% of government revenue and 40% of its gross domestic product (GDP). The government however has been working on a plan since 1996 for a post-oil world, investing significantly in diversifying the economy.

As a result, government has been developing the country’s natural gas resources to export liquefied natural gas (LNG) and other diverse number of industries including wide-range exportation of minerals, among which are limestone, natural gas, asbestos, and copper. Successive five-year government plans have also opened up the country’s infrastructure, mining, and manufacturing through private-sector led developments and joint ventures with government.

A young country occupying an ancient land, the Kingdom of Jordan introduced its currency, the Jordanian Dinar ($1.41) in 1949 after its independence in 1946. It replaced Palestine Pound, which was being used as legal tender.

Despite having limited natural resources and geographic location prone to political instability of the Middle East, Jordan’s economy has gradually stabilized after the economic crisis of the mid-1990s. Jordan’s economy is based on private enterprise, though government spending still account for approximately 25% of the gross domestic product (GDP). Economic reforms and external debts forgiveness from World Bank has helped jumpstart the economy, contributing to the strength of the Jordanian Dinar.

British Pound Sterling accounts for around 12.8% of daily trades, making it on the 4th most traded currency globally in the foreign exchange market.

The currency exchange of USD and GBP is commonly known as ‘cable’ in the forex market  and many finance houses make decisions based on whether ‘cable’ will rise or fall. Despite the fall out of Brexit and COVID-19, the British economy remain strong, though how it weathers these twin troubles will determine a lot in the future, including strength of the pound sterling

The tiny Caribbean nation, which is a British Overseas Territory, has tourism and financial services as its main economic mainstay, accounting for up to 60% of its gross domestic product (GDP). The islands’ GDP per capita is the 10th highest in the world, and it pegs its currency to US$1.22 to 1 KYD

The second-most traded currency in the world after United States dollars, the Euro has strengthened over the years, leading to about 25 countries pegged their currencies to Euro at a fixed rate.

One of the most powerful world currencies, its value is partially explained by the fact that it is the official currency for 19 European countries, including strong economic nations like France and Germany.  The Euro is used by 342 million citizens of the European Union and is the second reserve currency of the world, accounting for about 25% of all world savings (62.3% is in USD).