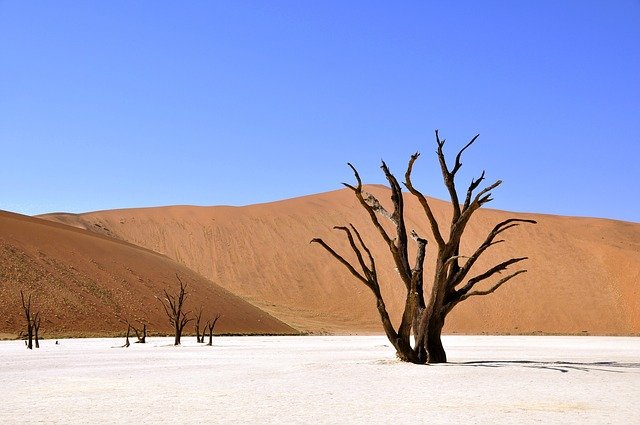 The Warm Climate in all Regions of Africa

The interaction of two air masses, the influence of which varies throughout the year with the north-south movement of the Inter-tropical Convergence Zone, governs the climate of West Africa.

West Africa’s precipitation regime is characterized by latitudinal belts of decreasing rainfall and wet season length as a result of these interacting air masses.

West Africa experiences wet and dry seasons as a result of the interaction of two migrating air masses.

The first is the northern high-pressure system’s hot, dry tropical continental air mass, which gives rise to the dry, dusty Harmattan winds that blow from the Sahara over most of West Africa from November to February.

The second type of air mass is the moist, tropical maritime or equatorial air mass that produces southwest winds. This moist air mass has the greatest northern penetration in July, between latitudes 18° and 21°N.

Summer in most of South Africa regions means warm, sunny weather, often punctuated by afternoon thunderstorms that clear quickly, leaving a warm and musky smell in the air.

The climate is a mosaic of warm coastal subtropics, hot deserts, humid highlands, snow-capped mountains, and a Mediterranean colony in the southwest.

Much of South Africa’s climate is influenced by the country’s 2,800-kilometer-long coastline. The cold Atlantic Ocean is on the west coast, and the warmer Indian Ocean is on the south and east.

South Africa is well-known for its sunshine, with an annual average of 2,500 hours. It is a semi-arid country with a dry climate.

The average annual rainfall in South Africa is approximately 464 mm. The global average is around 860mm.

The coast of KwaZulu-Natal and parts of the Mpumalanga lowlands receive warm rain all year.

Temperatures in major East African states have nearly doubled the 1.1°C warming experienced by the rest of the world since pre-industrial times.

Warm temperatures, in East Africa, are pleasant and warm, with an average high of 28°C and a low of 15°C.

The climate of North Africa varies greatly between the region’s coastal and inland areas. North Africa has a Mediterranean climate along the coast, with mild, wet winters and warm, dry summers, and an average annual rainfall of 400 to 600 mm.

Is Africa Always Warm throughout the Year?

Warm and hot climates prevail throughout Africa, but the northern part is characterized by aridity and high temperatures.

Only the continent’s northern and southernmost rims have a Mediterranean climate.

Africa is a hot continent because the sun is always shining brightly.

Thus, warm and hot climates prevail throughout Africa, but the northern part is characterized by aridity and high temperatures.

Is Africa Getting Warmer?

The World Bank predicts that Africa’s average annual temperature will rise by 3-4 degrees Celsius by 2099.

According to the Intergovernmental Panel on Climate Change, by 2020, 75 to 250 million people in Sub-Saharan Africa may face water scarcity, and rain-fed agriculture in some African countries may contract by half.

The consequences of the world warming by more than 1.5° C would be profound for Sub-Saharan Africa, which has experienced more frequent and intense climate extremes in recent decades.

Temperature increases in the region are expected to be greater than the global average; regions in Africa within 15 degrees of the equator are expected to experience more hot nights in addition to relatively long and more prolonged heat waves.

Why is Africa so Warm?

The equator, as well as the Tropics of Cancer and Capricorn, runs through the middle of Africa, making it the most tropical continent.

Because of its already hot and dry climate straddling the equator, Africa is the most vulnerable continent to climate change.

Africa is a hot continent because the sun is always shining brightly.

Thus, warm and hot climates prevail throughout Africa, but the northern part is characterized by aridity and high temperatures.