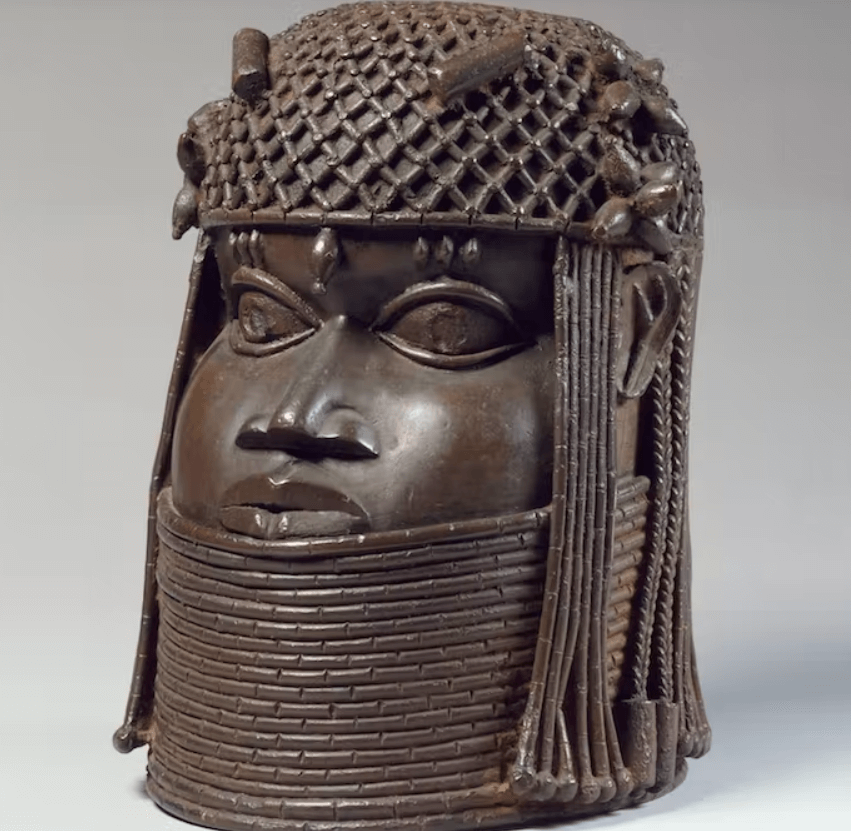 As a side note, Benin and Edo are two sides of the same coin. Edo is a state in Modern Nigeria where the great Ancient Benin kingdom was once domiciled.

About the Edo people

The art of the Edo people is renowned throughout the world. One of the Kingdom’s most enduring legacies may be the ivory masks from the Benin Empire. A crucial component of Edo art and culture is brass work. Historically, architecture has frequently used brass and ivory pieces to preserve history, honor deities, and add aesthetic appeal.

The Edo people have also excelled at producing other art forms, such as woodcarving, weaving, and leatherwork. The Edo holds an annual festival called Igue to celebrate the start of the New Year. Although the festival is now typically held at the end of each December, the Edo people historically followed a lunar calendar rather than a Gregorian one. Following the king’s period of fasting (Agwe), the festival gets underway.

The king doesn’t receive visitors during this time. The community celebrates the arrival of the New Year at the conclusion of the fast. Thanksgiving and prayers for new blessings in the upcoming year are characteristics of the festival. It is regarded as the pinnacle of Edo cultural events.

Since spirits and ancestors frequently enter the realm to interfere with human lives, it is believed that they play a significant role in agbon. Yoruba and the traditional religion of Edo are similar in some ways, especially in terms of the deities. Despite being fully assimilated into the Federal Republic of Nigeria, the Edo people continue to be ruled by a traditional system of obas and chiefs.

Significance of the Edo/Benin culture in Nigeria

A collection of sculptures known as “Benin Bronzes”—made of brass and bronze—includes ornately decorated cast plaques, memorial heads, animal and human figures, royal regalia, and ornaments for the wearer. They were developed by specialized guilds working for the royal court of the Oba (king) in Benin City, starting at least in the 16th century in the West African Kingdom of Benin. The term “Benin Bronzes” is occasionally used to describe historical objects made from these other materials, including wood, ivory, leather, coral, and leather. The Kingdom also supported guilds working on these other materials which means that the Benins are skilled in other materials aside from bronze.

Over 3000 bronze work were stolen from the great Benin kingdom and the majority of these works are found in the British Museum who are adamant to return them.

The Benin Bronze is proof that the Benin culture is filled with people who are highly artistic and comparable to any “genius” in the western world.

Benin is the coral gemstone capital of the universe. These stones are cardinal to the culture of the Benin people. Coral plays a significant role and has deep symbolic meaning in many West African cultures, it would not be an exaggeration to say. Traditional designs employ it as a tangible medium to deliver a potent message of hierarchy, power, dominance, and freedom of expression.

Although corals come in a wide range of styles, forms, and colors, there are universal characteristics that can be seen in all of them, such as naturalism and stylization, that give each coral its own distinctive look. The reddest and branchiest coral is the most expensive of them all. Red, pink, orange, and black corals are the most popular coral colors used in jewelry.

The weight of corals used in regalia frequently communicates the importance of dominance over comfort.
It is necessary to note that certain pieces of jewellery, regalia, and dresses made from these rare beads for the monarch and the key chiefs are not always for public appearances; sometimes such items are specially reserved for special ceremonial meetings and festivals.

It is common knowledge in Edo culture that when a king or oba sends a coral bead to a nobleman, the oba is granting the person the honorary title of a chief. For their services to the monarch and the community. If the individual refuses to accept a bead sent by the king, it is noted by the king as an unpardonable sin. This action immediately makes you the king’s enemy.

The same is said when a king or prince presents and sends a coral bead to a single woman. This act symbolizes a marriage proposal. When the lady accepts this gift, she is bound to comply with the offer.
The use of red corals is then synonymous with marriage. The Edo and Igbo-speaking parts of Nigeria, on their traditional wedding day, adorn themselves with red coral. 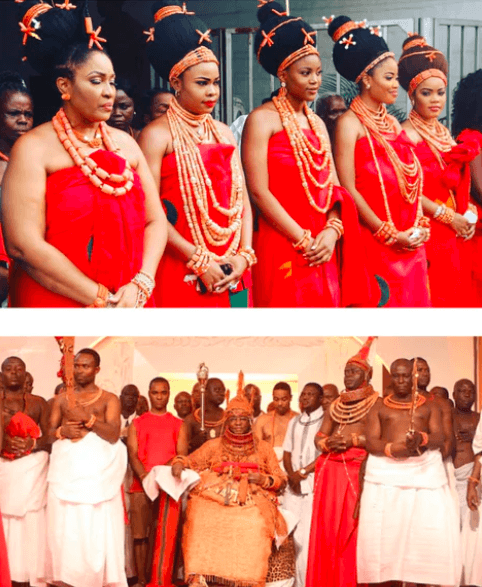 3. Benin Kingdom was once way better than London

The Portuguese were astounded to find this vast kingdom comprised of hundreds of interconnected cities and villages in the middle of the African jungle when they first “discovered” the city.

They called it the “Great City of Benin” at a time when there were hardly any other places in Africa the Europeans acknowledged as cities. Indeed, they classified Benin City as one of the most beautiful and best-planned cities in the world.

In 1691, the Portuguese ship captain, Lourenco Pinto, observed, “Great Benin, where the king resides, is larger than Lisbon; all the streets run straight and as far as the eye can see.” The houses are large, especially that of the king, which is richly decorated and has fine columns. The city is wealthy and industrious. The people live in such security and under such good governance that there are no doors on their homes.

At the same time, Bruce Holsinger, professor of English at the University of Virginia, described London as a city of “thievery, prostitution, murder, bribery, and a thriving black market,” which made the medieval city ripe for exploitation by those with a quick blade or a knack for picking pockets.

The king’s court, located in the middle of the city, was surrounded by 30 very straight, wide streets that were each about 120 feet wide. The square basin in the middle of an ancient house’s atrium, which collected rainwater from a hole in the roof, served as the underground drainage system for these main streets, which intersected at right angles.

The Edo people still adhere to their traditional beliefs in spite of Christianity. They are aware of the main deity, Osanobua, who resembles the Christian deity. This deity is revered by the populace in Holy Aruosa Cathedral (the Holy Eye of God).

Like Islam and Christianity, this religion has nothing to do with the Bible or the Quran. As an alternative, it has its own sacred literature called “Binis’ teaching and saying.” It is as old as one could possibly imagine. However, it appears that both traditional African beliefs and Judaism have influenced the religion’s worship rituals as a whole.

The Edo people perform detailed rites to respect their ancestors. For instance, individuals often give something to those who have passed away before they eat or drink. This is a general principle that applies to both genders. If someone disobeys the law and disrespects the ancestors, it is blasphemy.

The Edo people visit a number of holy locations to pray, worship, and remember their departed loved ones. Families have their own altars where the eldest surviving son offers service to the ancestors’ spirits.